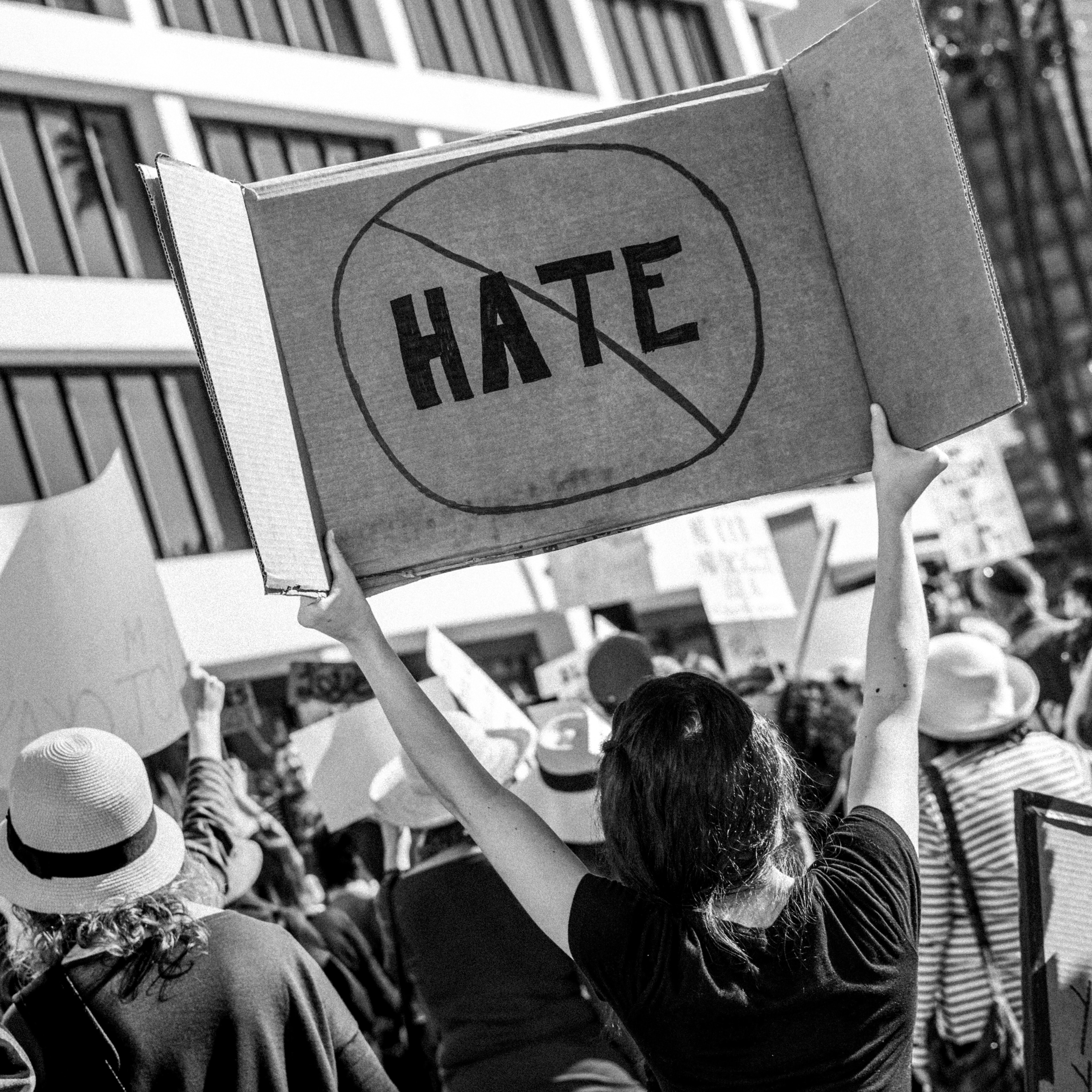 Last week, stickers promoting a white-nationalist hate group called the Patriot Front were found on lamp posts and street signs on Chew Street and Albright Street near Trexler Library. This incident is part of a growing trend of hate-group material being distributed at other college campuses in the United States. In the past two months, similar stickers from the same hate group were found on colleges in South Carolina, Ohio and California.

According to the Southern Poverty Law Center’s website, “Patriot Front is a white nationalist hate group that broke off from Vanguard America [another white-nationalist group] in the aftermath of the deadly ‘Unite the Right’ rally in Charlottesville, Virginia, on Aug. 12, 2017.”

The Anti-Defamation League also describes the group’s actions on their website saying, “Patriot Front’s most frequent form of activism has been the distribution of racist and anti-Semitic propaganda on college campuses and in various communities in at least 12 different states. As of Dec. 13, 2017, the Anti-Defamation League has counted 37 incidents in which Patriot Front flyers, banners or stickers were posted on campuses. Most of the incidents occurred in Texas, where the bulk of the group’s membership resides, but Patriot Front propaganda has also been distributed in states as far-flung as California, Delaware, Florida, Maryland, Massachusetts, Michigan, New Jersey, North Carolina, Ohio, Utah and Washington.”

Muhlenberg has experienced similar incidents in 2017, when hateful fliers were found on campus after a Black Lives Matter co-founder spoke at a Center for Ethics Talk, and in 2018 when anti-choice protestors distributed flyers around campus personally targeting a pro-choice professor.

“Muhlenberg has zero tolerance with this type of propaganda”

Last Thursday, Dean of Students Allison Gulati sent out an incident report describing where and when the stickers were found and reported.

“We are actively investigating in an effort to determine those responsible and whether a particular area of campus was being targeted,” said Gulati. “The Allentown Police Department has been notified and Campus Safety has worked with Plant [Operations] to quickly identify and remove these stickers.”

“First and foremost, we take this type of behavior very seriously,” said Lakis. “Muhlenberg has zero tolerance with this type of propaganda. This is an on-going investigation and we are working closely with Allentown Police, due to [the fact that] all of the stickers were found on city streets. Some of the steps we have taken are checking campus cameras in the area and the city cameras. So far none of the stickers have been found on campus property.”

On Oct. 14 at 12:52 am, when many students were home for Fall Break, a Report of a Suspicious Person was sent out from the Office of Communications. The report described a masked man on a bicycle wearing “a dark beanie/skullcap and hooded sweatshirt” chasing after students.

The report explained that in the two reported incidents “students ran, unharmed, without making contact [with the suspect].”

While some students and professors have noted spotting the stickers soon after this incident occurred, Gulati and Lakis both insist that they do not believe there is any connection between the two incidents.

“We do not think the incident with the male chasing after a student on a bike is related in any manner,” said Lakis.

“It’s not expected on this campus”

Gulati concurred, saying,“There is no information that tells us those things are connected.”

Students expressed both surprise that the stickers appeared here at ‘Berg and acknowledged the college’s handling of the situation.

“I didn’t even have a clue that [the hate group was] active around here,” said Celeste Samson ‘22. “I mean this campus has a problem with racism, but blatant white nationalism is new.

“It’s not expected on this campus,” said Avital Zemel ‘22.

“Obviously, we hear about white nationalism in the news and it can be really easy for us who live in this fairly liberal area among people our age, many of whom are liberal and at least open minded to push that issue away and say that ‘that’s happening away,’ ‘that’s way in the distance’,” said Alexander Mast ‘21.  “But no, it can happen right here. It can happen at your home and it’s all around us in America. So it’s good to confront that and I’m glad that the college told everyone and sent that out in an email…and [is] not trying to hide it because we need to realize that it can happen at home.”

Gulati also urged anyone that sees any more of the stickers to report them to Campus Safety to be removed and iterated the college’s position on this type of hateful material.

“The College does not tolerate any form of expression or speech intended to cause hate and division,” said Gulati. “Our institution is made better by our diversity, and we will continue to uphold and support our vibrant community made up of people of all identities and backgrounds.”