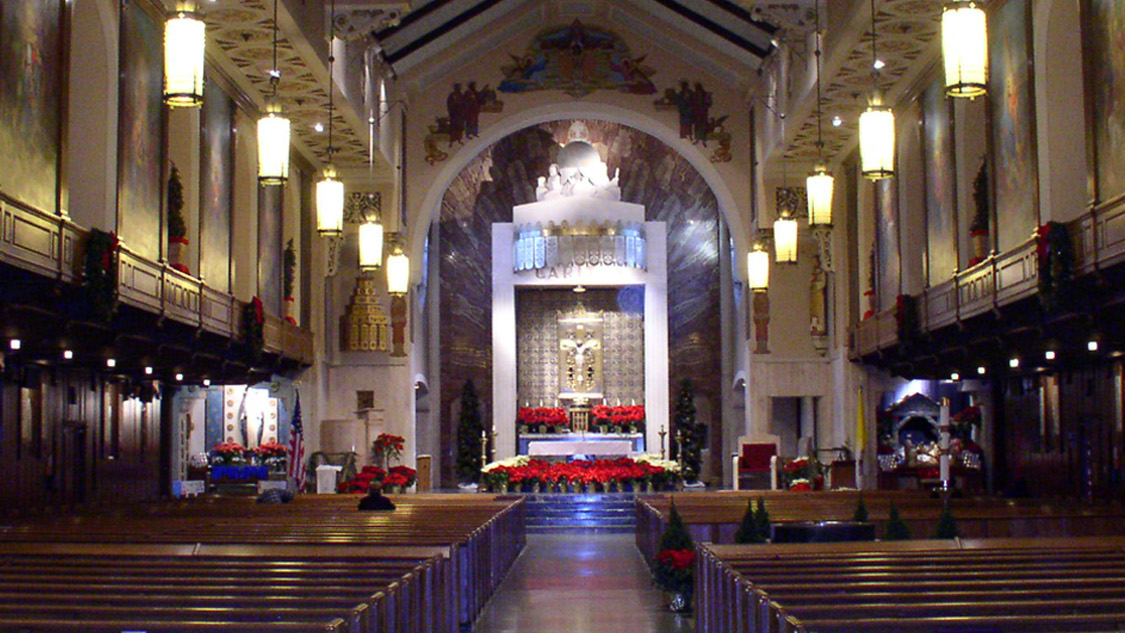 It has been a long day of work, class, and my desk in my dorm room looks as if a tornado hit it. I pick up my phone, go to my recent calls and click on the name “Chaz” with a brown bear emoji next to it. Chaz has many other names: Charles, for when he is in lawyer work mode. Charley, to his friends and family. Chaz, an old 70s nickname that his kids like to refer to him by. But probably the most important to him and to me, Dad. It’s the eve of his 68th birthday and he is at his home in Flushing, New York. He picks up and answers as he usually does, heavy New York accent and all, “Yo.” Dad is many things, kind, thoughtful, a bit of a wise ass, and a loving father and husband. There’s a part of Dad that can be seen in his actions and the way he lives his life, and it is the influence that the teachings of Jesus has had on his life. Both of his parents were heavily involved with their local Catholic parish, Saint Andrews, also located in Flushing, and it was important to them to have their kids brought up there. When it was his turn to enroll his kids in school, Charley sent me and my two sisters to Saint Andrews at his parents’ request. However, the Saint Andrews my sisters and I experienced was vastly different from the one he did.

Back in the 1960s, the teaching staff of Catholic grammar schools consisted mainly of nuns who worked for free. They taught kids how to excel at reading, writing, and math, while also instilling the teachings of the Catholic Church into their lives such as living by scripture, that Jesus is the one and only Son of God, and that when you die, you go to either heaven, hell, or purgatory. There seemed to be great emphasis on this last belief in grammar schools. “We were taught about a God that, yeah he loved you, but you better be afraid of him too because if you broke his laws he was gonna come after you and make you suffer in purgatory or hell,” Charley explained.

Nuns gained a reputation for being cruel and emotionally abusive to kids. For example, The Sisters of Mercy, an Irish institute of Catholic Nuns founded in the 1800s, would become wrapped up in abuse accusations – punishment for talking in church was a slap to the face, and menstrual periods were seen as God’s punishment. “They taught us how to work and they taught us how to pray,” Rose Kruger, a survivor of Saint Joseph’s orphanage told ABC (Australian Broadcasting Company). Punishment was used to intimidate, not to teach right from wrong.

Charley recalls some few instances of neglect and abuse he witnessed and experienced at the hands of nuns. “I remember Sister Madeline calling me in the hallway and whacking the shit out of me because my shoes weren’t shined… but they were actually hush puppies.” (Remember how I said Dad was a wise ass? He would purposely wear the wrong shoes). “Sister Ursula was probably 85 or 90 years old. She was this ancient little thing, but if you pissed her off she’d go ape-shit on you. She had this little cardboard pig and on each end there was a wheel with numbers, and it was a way to learn our times tables. She’d go around the room and spin the wheels and whatever numbers came up, like four times four, you’d say four times four is sixteen. This one guy, Christopher, apparently wasn’t getting them right. She made everyone stop and made Christopher do it himself. He was messing up, so she picked up one of those long green erasers and started wailing on him.”  It wasn’t until the 1970s that nuns were soon replaced with salaried teachers and tuition started to be charged for Catholic grammar schools. Enrollment started to steadily decline.

“There was always this notion that Catholic school was better because you’re paying for it,” says Sam Ruch, ‘24 who went to Catholic school for her entire K-12 education. “I’ve never gone to public school so I don’t have a comparison, but it was essentially for me a regular education with religion class.” Her black Converse sneakers tap against one another and she fumbles with the buttons on her wine colored sweater, “It definitely is a certain culture. It’s one I would change… like, I would like to wear nail polish.” This might seem shocking, but it’s actually a common rule set in Catholic grammar schools, as well as other dress code rules. Sam, laughing as she thinks back, “There was that background fear that if I have a rip in my stockings, I’ll get a demerit, and it’ll go on my transcript.”

Despite these controlling rules and a history of wrongdoing and punishment, people can still find comfort within their Catholic background. It’s a feeling of familiarity; you know it will always be there. Of course, this is not the case for everyone, but some, like Sam, definitely feel this way. “It’s always something you can fall back on. Due to the pandemic I haven’t been in my church in a while, but walking into the chapel here at Muhlenberg felt like a relief to be back home.”

As my dad and I near the end of our conversation, he wants to emphasize the real takeaway from his years of Catholic education. “It was like being part of a special community that lives on today when I walk into a church. It does feel like I’m home.” In short, Charley says he does feel grateful for his education, but not without criticism. “When I call myself Catholic, to me it means I’m following the teachings of Jesus Christ. It means I’ve been taught about those teachings through the organization that is the Catholic Church, but the Church is different from the teachings. It’s an organization and anytime you create an organization its primary purpose becomes the perpetuation of itself and the reason it was created becomes secondary to that primary purpose.”

What Charley is trying to say is that the Catholic Church is not the teachings of Jesus Christ.

“The teachings are what they are, and the church interprets them in a particular way that enables it to remain viable,” he explains. “That’s a distinction that I think a lot of people just don’t make.

A call to cancel, cancel culture