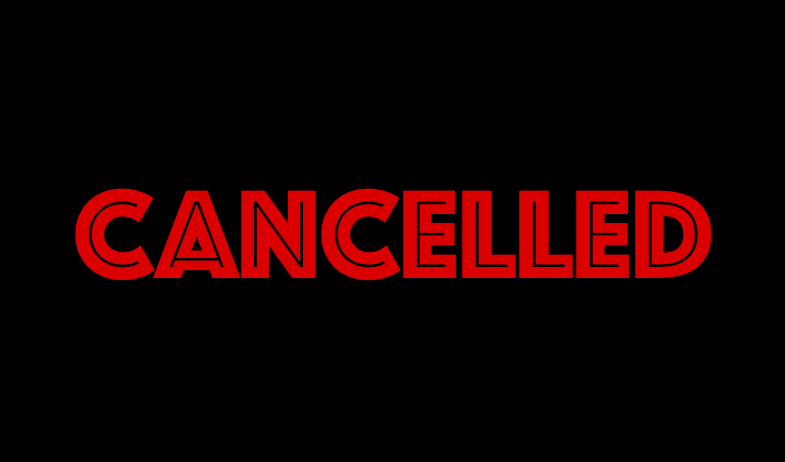 It was 2 p.m. on a seemingly typical Tuesday afternoon. Tara had just arrived at her internship at a PR office and settled in. She began her routine of logging in to the social media account to see new notifications from the latest post. That’s when she saw the comments flooding in. Keyboard warriors came to battle, hiding behind the anonymity of their screens and firing off mean-spirited comments. People were angry at the latest post. Of course, the anger was valid, but people appeared to be dropping word grenades in the comments with no care for the repercussions after it exploded, cutting off ties, and stifling any productive discourse that could have taken place. Tara felt trapped while she helplessly watched a war erupt in the comments. Of course she wanted to make things better and repair the harm caused from the post. But what choices did she have? If the account took the post down, users would surely say it was because they were trying to hide the mistake and not own up to it. However if the post stays up, it will continue to perpetuate the hateful messages. As Tara felt the office sink into an overwhelming spiral of helplessness, she came to the conclusion that it had finally happened. The social media account was being “canceled.”

Remember the pilgrims who would set up stockades as an act of corporal punishment? Members of the community would be secured to the stockades by their hands or feet or head and people would throw food to publicly humiliate them for their bad behavior. What if I told you this was still happening today? Okay, no one is physically throwing tomatoes at anyone’s face, but the mob mentality and public display of punitive practice still exists in the form of cancel culture.

Cancel culture, in which people are ostracized for a wrong-doing, has become a phenomenon both on social media and in real life. Powerful, but problematic celebrities have been canceled for very valid reasons, such as when Harvey Weinstein was fired from the Weinstein Company after being accused of sexual assault. But for many big-time celebs, what does ‘canceling’ really accomplish? A few boycotts here, a few comments there, these celebs still have a net worth of hundreds of millions of dollars. For example, JK Rowling was canceled for her anti-trans remarks, yet continued to sell books and get movie deals and has nearly 14 million followers on Twitter. But when cancel culture finds its way into smaller communities such as college campuses, this is when the consequences look different. People may jump to cancel a peer as a first instinct. After all, many would agree it’s easier to shut someone out of your life rather than have an open conversation.

Not many realize the roots of cancel culture as a concept. Originally used on Black Twitter, the term “cancel” comes from Black Vernacular English and was used as a way to say, “we’re over it.” For example, one might go to a boring movie and say, “ugh this movie is canceled” as a light-hearted pass. In many ways, cancel culture is an example of cultural appropriation — misunderstanding, an idea, taking it, and straying away from original meaning.

Today, cancel culture has taken on a new form, as many people conflate canceling someone with holding someone accountable for wrongdoings. “With accountability, someone is aware of what is going on and is interested in making a change to improve,” explains Jules Purnell, M.Ed and Muhlenberg’s Associate Director of Prevention Education. Both parties must be actively engaged. But with cancel culture, a person’s willingness to engage in conversation and change is never even requested.

Purnell explains how people might jump to cancel culture because it’s easy. “It’s very easy to block someone, unfollow, or share something on social media,” says Purnell. “It’s easy to cut someone out of your friendship circle rather than having an open-hearted conversation with them about what they did that was hurtful.”

Social media can oversimplify complex issues, which can challenge our perception of other people. “There is a lot of loss that’s happened over social media,” says Purnell. “There is a lot of discourse that gets really flattened. There is a lot of nuances that we kind of just trim the edges around.” This in turn has impacted our ability to see each other as full human beings online.

The consequences for canceling a celebrity are much different than canceling on a smaller scale. For example, after Tati Westbrook posted a video claiming James Charles was sexually manipulative, Charles lost a lot of followers on YouTube. There were even YouTube pages and Instagram “tea accounts” who were doing a live count of Tati’s followers increasing while Charles went down. However, after a month, the scandal blew over. Charles gained his followers back and is still a millionaire. Being canceled on a college campus can look much different. If you take two people with equal footing on a college campus, and one person gets canceled, that person is robbed of social connections. Further this could damage his/her ability to get a job, an internship, go to school, or even more serious impacts on mental health.

When it comes to a college campus, Purnell believes that “there is almost never a place for [Cancel Culture] unless someone is a dangerous threat to the community. Almost always what causes someone to get canceled, those things can be worked through, there are other avenues to address harm caused.”

One avenue to challenge wrong-doings in our communities is an idea called Call-in Culture. Call-in Culture was coined by writer and activist Loan Tran in 2013 and has been popularized by Loretta Ross, an activist, public intellectual, and professor at Smith College. Ross describes a call-in as a call-out done with love. “It’s not a matter of what we do, but how we do it,” explained Ross during a TED Talk presentation in August of 2021.  Instead of getting angry and defensive and saying someone is racist or sexist, instead of blaming and shaming others, calling-in would encourage you to remain calm and get curious. In response to a problematic comment or behavior, a question you may ask can be, “That’s an interesting viewpoint, tell me more.” This starts a conversation, rather than starting a fight. “Somebody gave us a chance to grow, and we can offer that to others,” says Ross.

Call-in Culture is a form of restorative justice, a practice that originates from indigenous peacemaking circles and allowed women of color to resolve conflict without getting police involved. “Restorative justice, as I practice it today, looks like ways of addressing harm that give dignity to every single person involved,” explains Purnell. “So whether you are the person who caused harm or the person who has been harmed, everybody deserves dignity. No matter what you have done in this world you deserve to be seen in your full personhood.” At its core, restorative justice is a way for people to very bravely come together and explain to someone how they hurt them and ask them to take responsibility for the hurt. The key is to have the person acknowledge the pain they caused and to apologize. The person who caused harm then has the opportunity to say, “I hurt you, I understand what happened to you was damaging, I do apologize, I am sorry, I am interested in doing whatever I can to make things as right as possible.”

“Getting curious, taking time, engaging in some perspective taking, I think the three of those things are very helpful for us moving forward as a society,” says Purnell. You don’t need to have the perfect, immediate response. Instead, ask questions to get information, let your brain process the situation, and try to think from multiple perspectives, before jumping on the cancel train.

Call-in Culture at Muhlenberg could allow students to advocate for change on our campus. For example, in March 2022, the Muhlenberg Weekly reported on a video posted by the College’s Instagram account that intended to highlight women on Muhlenberg’s campus. The problem is that it featured almost exclusively white women. This left many students in the Muhlenberg community feeling angry, frustrated, and disappointed. Some students took to the comment section to type out their feelings, arguing with each other and the Instagram account.

Another approach when you see something that is wrong or offensive is the idea of Architect Feedback where you offer suggestions for how to make it better. The Black Students Organization created their own video as a response to the College’s Instagram post, celebrating the women of color on campus. This alternative reaction shows how it can produce a greater impact while taking steps toward change. While minority groups should not have to do this work to feel seen and represented, and do not bear the responsibility of educating non-POC on their oppression, the Women’s Day response video created by students was a “generous and elegant way to show what’s missing,” says Purnell.

Tara recalls how in the months since that Tuesday morning, the office is “still healing from the wounds” of the canceling experience. Learning is a process; we don’t grow unless we make mistakes. If the goal is to shape people in our communities to do better, and be better, we need to call them in and give them the opportunity to do so, not socially bar them in and shut them out. “I really want to build a culture and a world that invites people in,” says Ross, “instead of pushing them out.”

Be stubborn for your career