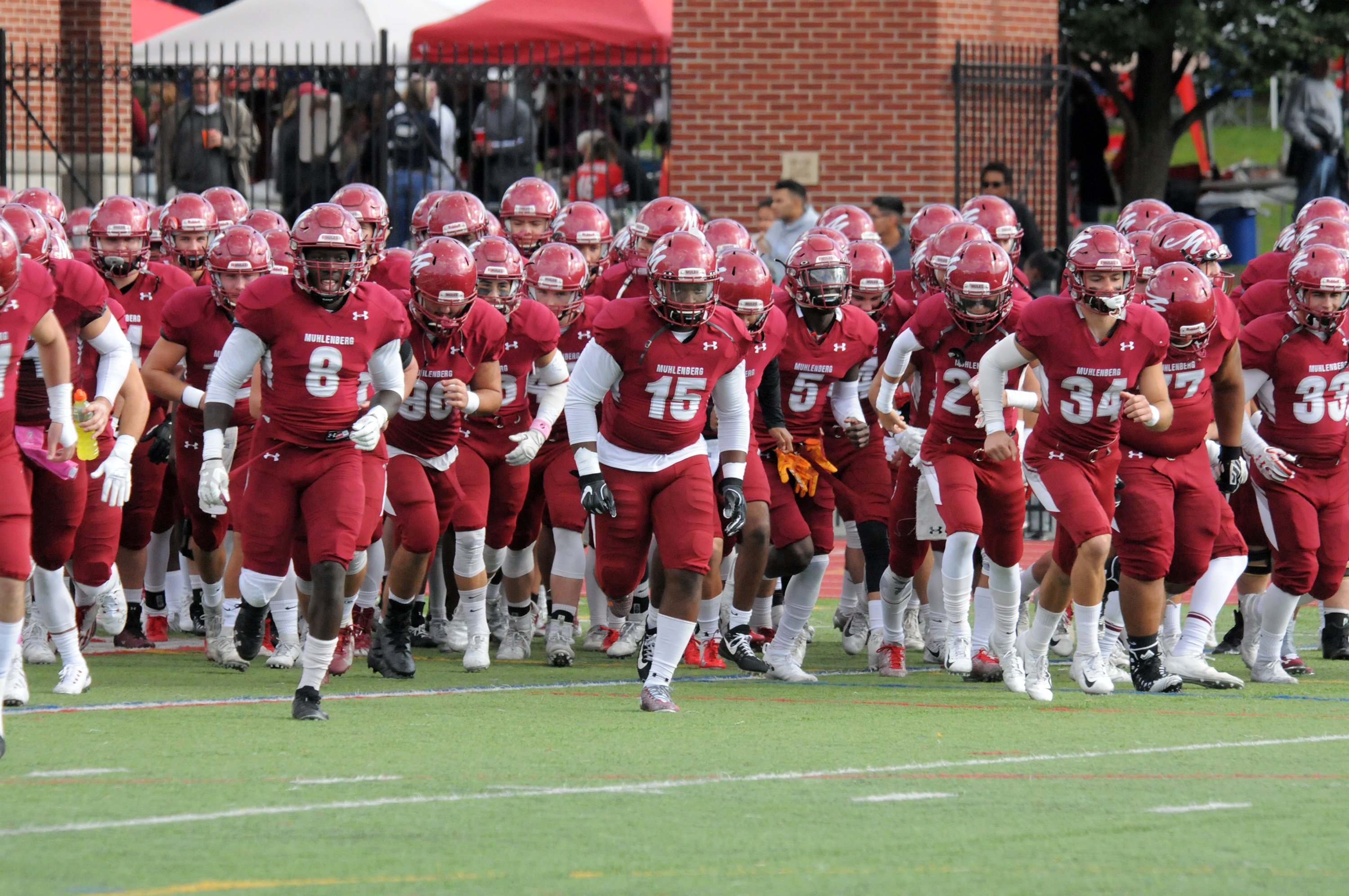 Coming off of a season in which the Mules nearly reached college football immortality, a taste of success wasn’t just “good enough” for the players and coaching staff here in Allentown, PA.

In fact, even after the Muhlenberg football team’s first ever trip to the Elite 8 of the DIII NCAA Tournament, they have already begun to put in the early-morning work that will push them to the next level of dominance next season.

“Our staff and team have a couple of goals each and every spring,” said head coach Nate Milne. “The first is being to establish our work ethic. Waking up at 5:30 a.m. and beginning our workout at 6 a.m. isn’t for everyone on campus. You have to absolutely love your sport to be committed enough to make it through spring. Second is increasing our overall football IQ at each position and this spring a major focus has been on our special teams. We want to have more people involved and to make sure each player knows all of the details in each phase of the kick game.  Finally, spring is an opportunity for us to take a look at new techniques and plays. Coach David and our defensive staff have put in many hours of professional development looking at our trends, and the latest trends in the NFL and Division I. Offensively we have looked at some new plays as well and every year we incorporate some new things and throw out some things that might not be suited for the 2019 team.”

While the regular season schedule does not begin until the end of August and the beginning of September, the team knows it must put in the necessary on-field and weight room work now in order to be prepared for the rigors of a full season starting at the conclusion of this summer. The team also has a special trip to Italy planned after graduation to play elite European teams, which is another level of competitiveness that will boost the Mules to the next level of DIII stardom in the always-tough Centennial Conference.

“Being able to work with our team in the spring is a very big advantage for our team,” said tight end Ryan Curtiss ’20. “Even though every team has spring ball practice, being able to get this extra work in helps us mold as a team. Any extra practices and workouts we can get as a team before the season can only help our team. We are focusing on the little things and making sure our techniques and skills are getting better each and everyday. We are in the weight room three days a week and on the field three days a week working on our strength and conditioning. We work closely with our strength and conditioning coach to fix techniques and strategies we can use to make our bodies stronger and well rounded.”

As an NCAA varsity sports program, the football team is not unique in holding routine practice sessions during the off-season. However, what is unique for this team is the frequent early morning practices during the off-season that might seem grueling because of the extremely early start time. The tough times now will only seem to lead to a promised future for this football squad, which knows it can do even better than its final-eight finish this past season. A national championship surely is not out of the question either.

So what does the coaching staff see as special in the 2019 Muhlenberg Mules football team, and what will separate them apart from the already-large level of success that was seen in 2018?

“I think what our staff likes is that we have a large senior class where football is very important to them,” said Milne. “This type of focus is passed on from team to team and has been a staple of Muhlenberg College football for many years.  There is also nothing we can’t ask this team to do; they want more football, and more technique and more meetings. They are really working hard to make 2019 special.”

It seems all the more likely that 2019 will indeed be a special season for the Mules football team. While the team is losing a special group of seniors to graduation, the new group of seniors, including Curtiss, will be sure to fill the void left by the losses of players such as Nate Corvil, Sean Elliott, Matt Gibbon, Bobby Merle and Kyle Oprisko, all class of 2019.

“Practicing at 6 a.m., three days a week comes with a lot of benefits even if players hate waking up that early to practice,” said Curtiss. “Our coaching staff is preaching us to push ourselves everyday to push our limits and become not only better football players on the field but to become mentally stronger. Our bodies and minds are used to practicing in the afternoon, but having practice in the morning we are facing a new challenge and it helps us get ready for the unexpected events that could happen in games during the season. The goal for spring ball is to become mentally and physically stronger to prepare us for the upcoming season. The coaches are looking to push our limits so we are able to grow and be the best football players we can be when the season comes around.”