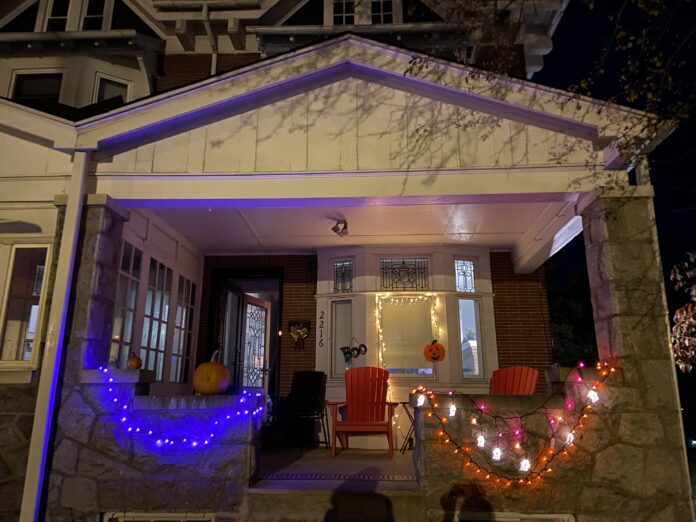 It may just seem like a ripoff of a “The Simpsons” episode title, but it’s true: Muhlenberg’s infamous “tree house” is haunted. I would know – I live there! Over the past two months since we moved in, my roommates and I have observed an increasing level of activity that we’ve only been able to describe as paranormal. Phantom sights and sounds, items that move on their own and the ghost’s most standard move: flickering lights on and off.

After three of the four of us had left for Fall Break, one of my roommates described an experience when she was alone. She had just “turned off all the lights downstairs… [she] was sitting on the couch and suddenly this sound pop[ped] in the kitchen and the lights turn[ed] on and this shadow travel[ed] across the downstairs area.” Needless to say, she quickly left for break.

The so-called “motion sensor activated” light in the threshold of the house constantly flicks on and off without any prompting or movement, to the point where we now speak to the ghost when that happens. But that’s commonplace, at this point, and easily dismissable – maybe something blew by outside and triggered it. Maybe its battery is just old. We’ve found ways to explain it away.

Less explainable was the phantom light that we saw the other day. An important note about the house: since move-in, we’ve never had access to the attic space. The door stays firmly locked and none of our keys work to open it. (We’ve tried.) So imagine our collective surprise when, from beneath that door, we spotted a bright light. It spilled out onto the floor of the hallway and did not waver. No shadows passed, no figures moved. When I finally worked up the nerve to move toward the door, my knock went unanswered. We debated calling Plant Ops but decided against it – for the best, apparently, given that the light had turned back off of its own accord by the time we all returned from class later in the afternoon.

We haven’t stooped to the level of Ouija boards yet, but trust me, we’re considering it. In the meantime, wish the tree house residents luck. And if you’ve got the contact information for any psychics or mediums, let me know.