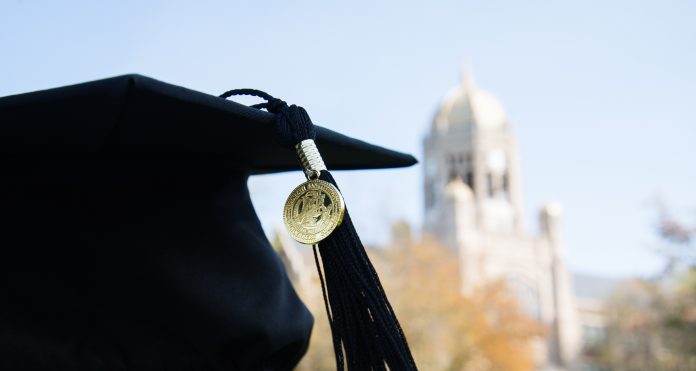 Dr. Robert Loeffler ‘70, an orthopedic surgeon who served with Doctors Without Borders and a Muhlenberg College alumnus, will deliver the commencement address to the Class of 2018 on Friday, May 18, at Muhlenberg’s 170th commencement ceremony.

Loeffler will receive an honorary degree, as will Morten Lauridsen, a classical musician and recipient of the National Medal of Arts; Heather McGhee, a public policy advocate; Elissa Montanti, the founder of the Global Medical Relief Fund; and Andrew Young, a civil rights activist, politician, and former aide to Martin Luther King Jr.

Loeffler, who graduated from Muhlenberg with a bachelor’s degree in biology, went on to attend Temple Medical School and completed his residency at the University of Colorado Medical Center. In a variety of both medical and educational roles, Loeffler served students and athletes alike through his specialty of sports medicine. He now resides and practices in Key West, Florida.

In his time with Doctors Without Borders, Loeffler responded to several humanitarian relief efforts, including work in Haiti following the 2010 earthquake and for refugees at the Syrian-Jordanian border in the Middle East.

“It did change my outlook on life,” said Loeffler, regarding his time in Haiti in an interview with a local Florida Keys-area newspaper. “The value of me over there is so much higher than me over here. I guess it just goes back to why you want to become a doctor.”

While Loeffler will deliver the commencement address, all honorary degree recipients will again present lectures to the Muhlenberg community prior to commencement. The topics are not yet known, but will be added to the 2018 Commencement page on the College’s website and will be communicated accordingly.

Lauridsen is an acclaimed classical musician and composer who received the National Medal of Arts in 2007 and has been nominated for a Grammy award five times. He has been professor of composition at the University of Southern California Thornton School of Music for more than 50 years and received the American Society of Composers, Authors and Publishers’ Life in Music Award in 2016.

For over 15 years, McGhee has been with Demos, a left-leaning think tank that focuses on issues such as social justice, economic inequality and voting rights; she has served as president since March of 2014. McGhee was a contributing advocate to the Dodd-Frank Wall Street Reform and Consumer Protection Act of 2010 and has since served on a variety of civic participation and public policy committees and boards.

Montanti founded the non-partisan Global Medical Relief Fund in 1997 and in the decades since, has helped children — both domestically and internationally — recover medically from the negative effects of natural disaster and war, particularly with respect to prosthetics and burns. Montanti’s mission began in her twenties, when personal losses led her to help those suffering in the Bosnian Civil War; her organization has since brought over 100 children to the United States for advanced medical care.

Young has been involved in American politics for over fifty years, having first joined the Southern Christian Leadership Conference in 1960; by 1964, he was its Executive Director and an aide to Martin Luther King Jr. Together with King, he helped organize famous civil rights protests in Birmingham and Selma and advocated for landmark policies, including the Civil Rights and Voting Rights Acts. Young later served three terms as a congressman from Georgia, the ambassador to the United Nations and the mayor of Atlanta.

The process for selecting Muhlenberg’s annual honorary degree recipients begins in April of the year preceding commencement, when candidates are brought to the College’s nominating committee at the annual Board of Trustees meeting. Generally speaking, preference is given to individuals who have some connection to Muhlenberg, but all recipients must “bring distinction to the College,” according to the Office of the President.

One of the last components of the commencement ceremony that has yet to be announced is the senior speaker. Members of the Class of 2018 will vote from three students selected by a different selection committee. The winner will be announced in early April.