Home BergBeat Not giving credits where credits are due? 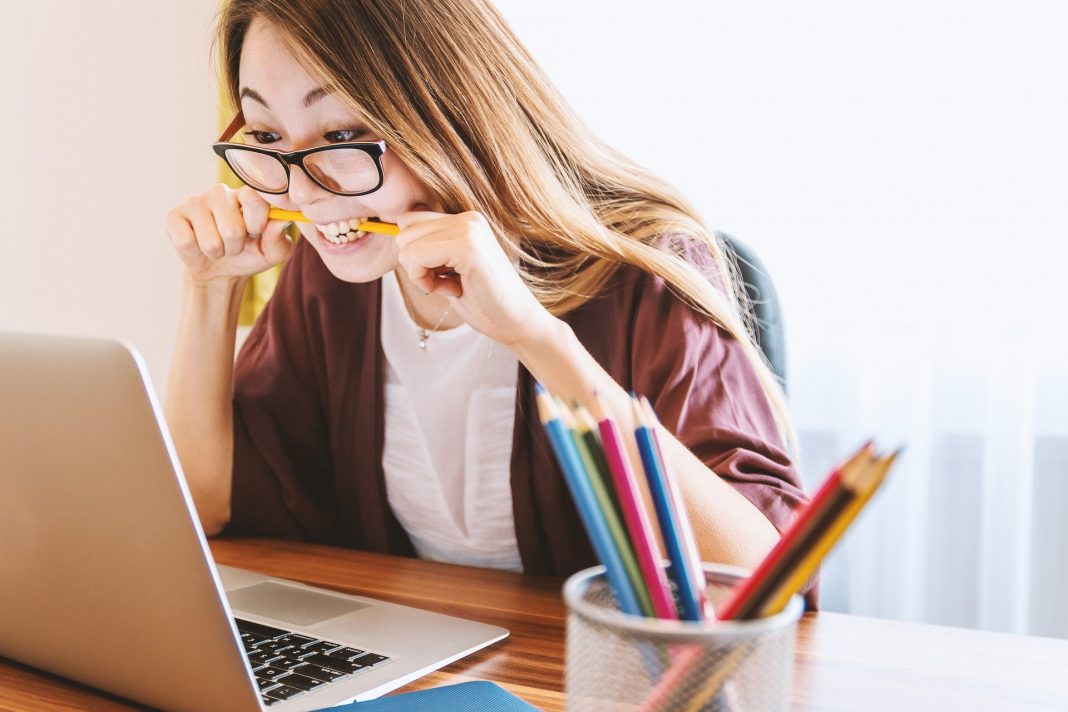 Four Chemistry 1 lab students were busy, holed up in Shankweiler 311, scrawling chemical formulas on the blackboards while some obscure rap music played over the speakers. If students walking between classes had glanced into the room, it would have looked very ordinary; however no students were roaming the halls, the building’s doors having locked themselves hours ago. Outside the drawn blinds, the Muhlenberg campus was in the troughs of night; a clock situated in the back corner of the room silently reminded the students of this fact. It wasn’t uncommon for the students to collaborate on calculations or even to remain in the science building until late hours when working on lab reports. I know this because I was the one documenting our sleep deprived chaos at 2:49 a.m. My navy blue sweatshirt sleeves were white with chalk dust as I danced out of the way of my lab-mates to film them as they worked on the chalkboard. This was over two years ago, yet I can still remember that silent, cold walk back to my dorm room in Martin Luther, all the while reminding myself that I had to wake up at 6 a.m. to prepare for my 8 a.m. lab.

The thought had never crossed my mind as to why chemistry and biology courses at Muhlenberg met so often during the week, or why each of these courses only earned one course credit. I found myself looking to take classes to fulfill GARs that I had heard were easy even if I didn’t necessarily feel invested in the topic, rather than take an interesting class that would require more class time and homework. Why put extra pressure on my schedule, if the end result is the same, the fulfillment of a GAR and a course credit? It was genuinely confusing that Muhlenberg treats every course as equal, even though some were far more time consuming than others.

The credit hour system takes into consideration class meeting time and preparatory or homework time in calculating the credits allotted to a course. According to the Department of Education (DOE), a course with a lab would be awarded up to 4 credits. Muhlenberg’s one credit chemistry course includes a lab, even though the laboratory is essentially a course in and of itself, and often does not amount to more than 30% of the final course grade. Students looking to transfer credits from another school need to consult with the department chair to determine how those credits can be condensed to fit into Muhlenberg’s system. “I know that for some things like accounting, the course credit system is set up that, if you want to get your CPA, you have to have a certain amount of hours in the classroom and at other colleges they’d break it down more and you may not have the course credit hours required [when transferred],” commented Dario Lewczyk, ’20. The inconsistency between schools’ credit systems results in the disparity of transferred course units. A four credit chemistry course at another school where the lab is treated as its own individual class would earn just one credit at Muhlenberg.

For visual arts, performing arts, and supervised student teaching or fieldwork, the DOE would consider an average of three credits per class if the class were to meet for three hours a week. At Muhlenberg, students might spend more than 3 hours a day in a studio class, and still only receive one course credit. The premise of such a credit hour system seems appealing and more fair because it includes time spent out of class in determining how many ‘hours’ worth of credits the course is worth. A student might take into consideration the outside class workload as well before enrolling in it; out of class work being highly variable between majors and even classes of the same subject taught by different professors. Even then, this workload amount cannot be accurately converted into hours of effort.

Outside work is highly subjective, varying from student to student. “I’ve done more work for my accounting courses, than any of my chem courses and I’ve done more work in a history course than I’ve done in organic chemistry,” remarked Chooka Weiss, ’20. “It’s all about perspective.” Where someone might spend hours outside of class working on chemistry calculations, it might take another student far less time and effort. The credit hour system was not implemented to measure learning, it instead values teacher-student face-to-face time, in the form of ‘seat time’ credits. In the same way Muhlenberg can be criticized for over-standardizing each course’s worth, the credit hour system would also, in its own way, neglect to account for the rigor of the class and whether or not the seat time of one class is equivalent to another. “I think some courses are much harder than others and some students don’t come into college with credits like myself so it makes it harder to balance your coursework with getting all of your GARs done so I think that it forces me longer to get more credits than from courses that don’t have as many hours a week,” remarked Baret Ozga ‘21. The system also opens up opportunities for its abuse, especially when it tries to account for online courses.

Students take online courses as a way to fulfill college requirements or earn their degree. “It obviously removes the social aspect of classes but it does allow a person to learn at their own pace and really understand what’s going on at their own level,” commented Mark Collazo ‘21. In these circumstances where there are no in class hours, and students might only be required to view a pre recorded lecture, the issue of evaluating in class hours, and workload become muddled. a student’s reasoning for taking an online course can also vary; from convenience, to a perception that the class will somehow be subjectively easier online. Should online classes then be comparable to in-person classes? “I really think they should be,” said Collazo. “I feel like you can learn just as much as you can in a normal class.”

Muhlenberg’s current credit system is not ideal for students who feel that toiling away in an art studio or a laboratory should earn more than one course credit. However, a system that removes subjective factors such as effort and time devoted to outside work may strive to create an even playing field for other students taking classes at this school. In the long run, whether or not the students agree should also be considered. “I feel like certain courses should be counted for more than just a credit while others should be counted as less than a credit. I just feel like in some classes I don’t get a rich experience like I would in other classes,” said Collazo.