Home BergBeat Is Muhlenberg theater too big for its own good? 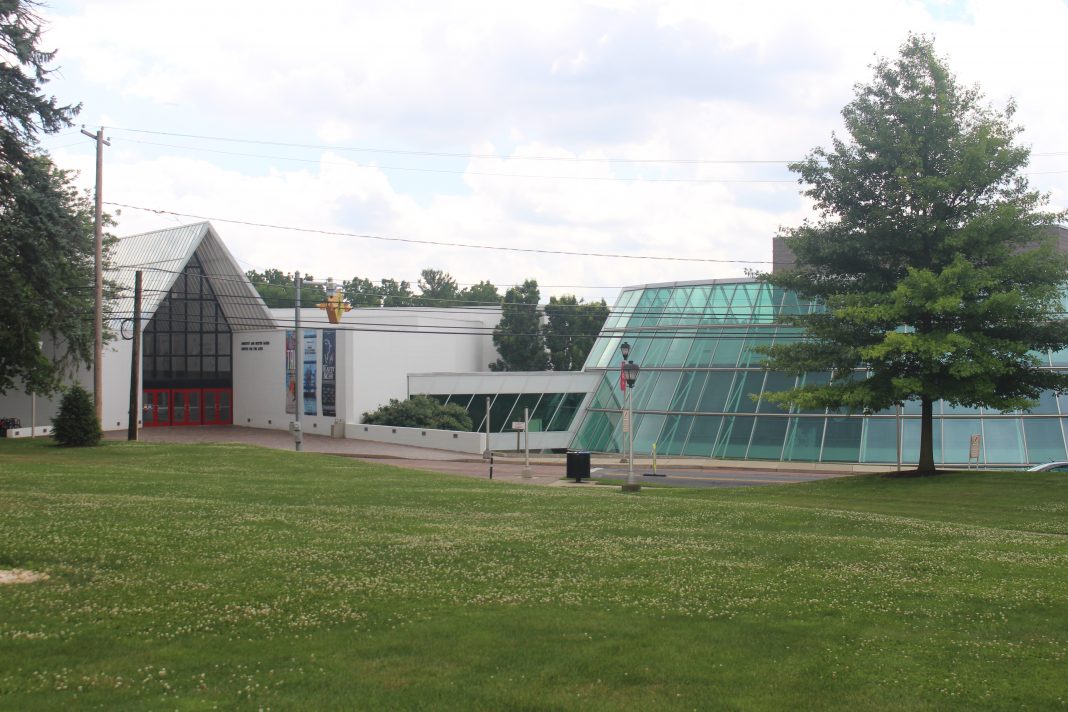 A theater major leans back and forth in an old wired chair as she waits outside a theater professor’s office in the basement of the Center For The Arts at Muhlenberg College. She nervously taps her leg wondering how she is going to get into an upper level acting class that just filled up and she is required to take before graduating. Two more theater professors are huddled in an office debating whether the On Camera acting class can handle fitting in just one more student. One hundred and sixty nine students have spent their week shuttered away, repeating lines to themselves that they were told to learn for the production of The Bacchae that will only take around 28 students.

If you are a Muhlenberg College theater major, this is probably a typical scene in your day. You may be a directing concentration, who now has to wait until their senior year of college to ever take a single directing class. Or, you may be an acting concentration who will never get a chance to perform on the mainstage, even though the department emphasizes the importance of “putting theory into practice” for their students.

When Matt Moore graduated from Muhlenberg in 2004, the theater program was “resource rich and lower on students.” Having a theater program at a small liberal arts college meant students were able to practice their craft while creating deep and personal relationships with not only the other majors in the department, but the faculty as well.

Working at Muhlenberg as an assistant professor in 2019, Moore has been on the front lines of viewing the drastic changes the department has undergone just in the past fifteen years. According to Moore, the department has gotten too big for its own good. Moore personally has 40 advisees, which impacts the personal relationships Muhlenberg so strongly advertises and the department used to be dependent on.

“[The Muhlenberg theater department] is utterly transformed,” says Moore. “And many of my colleagues know this. And I think that if we had them all here and we could ask, would you like to go back to the sense of a tight knit, small community where everyone knows each other, and we do all this great work, or would you like to go forward with the growth of the department? I think all of them would say we’d like to go back because that’s what we do. That’s what we’re really good at. We’ve built this program around that. And frankly, I think that the times of our greatest success were when we were resource rich and lower on students.”

Lots of small liberal art schools just like Muhlenberg are closing around the country, and Muhlenberg’s theater department is one of the main pieces keeping the school afloat. Currently the theater department is responsible for almost 20% of this year’s freshmen class, according to Moore. Though as the department grows, the resources allotted to the department do not seem to match this growth — students have to fight for studio space and struggle to get in to the classes they need to graduate because there aren’t enough professors to teach.

Though, according to Moore, the idea of the theater department growing smaller is not what the college wants. Moore even claims that when the college failed to enroll enough students this year, they went to the waitlist, which was mostly intended theater students, making the numbers even more disproportionate.

“Long term I think we need to strategize about shifting the college’s reputation and recruitment strategies for other programs. But right now, it just feels like a terrible, unsolvable riddle. We can’t sustain what we’re doing and we can’t stop taking more,” said Moore.

While the theater department may be the main draw of many Muhlenberg students, it doesn’t mean that it’s the only thing Muhlenberg has to offer. Many students come to here to study theater, and find other passions while they are here. According to Eric Thompson ’10, senior assistant director of admissions and coordinator of transfer admissions, this 20% number is not as scary as it seems. Many students end up finding new passions while they are at Muhlenberg they may have never even knew was an option in high school. Admissions is also aware of the increase in theater admissions and claims they always attempts to keep all academic programs at a manageable level.

“Theater is just one of those majors that inherently celebrates itself,” said Thompson. “Like, you know, it’s theater, it’s flashy. You can easily take pictures of them. It’s easy to promote that versus a lab class which won’t quite resonate to a high school student who’s just looking through their phone on Instagram or Snapchat or something like that.”

Muhlenberg is a liberal arts college, meaning that the education one receives here is not necessarily supposed to provide a student for one career path, but provide an overview of all academic fields. Because of this, the theater department cannot turn down prospective theater majors based on talent or bar students outside of the major from taking classes in the department.

What seems like the most obvious way the theater department could lessen the amount of theater majors is turning the program into a BFA. BFA programs tend to require auditions, while auditions at Muhlenberg are voluntary and used to earn scholarships. It is also a more intensive program, meaning that not only would theater students be less able to explore other academic subjects, but students outside the program could never explore their own theatrical passions. For Moore, keeping Muhlenberg theater a BA is personal.

“I came here to be a chemical engineer, and in my first year I switched to theater and English,” says Moore. “And so my life would not be possible if it were an audition-in program. I also think that it’s not right for one program at the college to require foreknowledge in auditioning to create an exclusive enrollment body. And I think one of the things we do best is integrate the study and practice of theater into a broader liberal arts curriculum. And if we went to BFA that would fall apart.”

The ability to be a theater major and study other subjects is also what makes Muhlenberg’s theater program stand out to so many students. You don’t have to decide when your still in high school that you want to commit to theater for the rest of your life. You can come to Muhlenberg, receive a well-rounded education, double major, and learn while you decide. For Mary Fiala ’20, that’s the sole reason why she traveled all the way from Minnesota to come to Muhlenberg.

“I didn’t want to go to a school where it was a BFA or a conservatory where you only could do theater all the time,” says Fiala. “I wanted to branch out and do other things. I wanted to learn a different language and I wanted to take writing classes and stuff like that. So, I feel like Muhlenberg was a good fit for me in that sense.”

While the department has grown, it’s become critical for students to utilize outside performance opportunities, and use the size of the department for their advantage to initiate their own projects. The department may be strained for resources, but Fiala feels not enough people take advantage of the ability to create your own pieces or initiate individual projects outside of the department. This includes getting together with a group of peers to perform shows or auditioning for student directed productions to practice performing on a stage with a live audience. “If I had advice to give to an incoming freshman, it would be utilize all the resources that you can,” says Fiala. “The departmental productions aren’t the end all be all, yes, they’re great opportunities to learn and be in that professional setting. And you can make connections for the outside world. But just find your group of people that want to make things similar to you and just make things. Don’t ask for permission.”