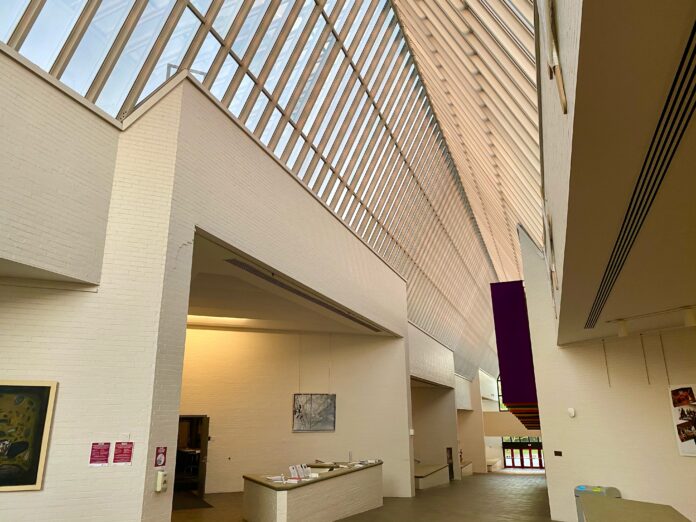 The 2020 installment of the Sedehi Diversity Project (SDP) premiered September 18-20, and was sponsored by the Office of Multicultural Life, the Office of the Dean of Students, the Dean’s office for the College of Academic Life, the Office of the Provost and the Office of Student Leadership development and Greek Affairs. The project, an annual event in the college’s theatre program, is a cross-campus initiative whose goal is ultimately to raise awareness for marginalized voices on campus, through conducting anonymous student interviews. Through the collected data, which was recorded as early as Winter 2020, the cast transformed meaningful responses into dialogue, spoken during the show by a diverse cast of students. After its first weekend of screenings, the Theatre and Dance department decided to host another weekend of performances from October 2-4, explaining that the project was “back this weekend by popular demand” and that “you’re welcome to sign up for a second screening, although first-time viewers will be given priority.”

A group of twelve talented cast members were selected to participate in SDP, including student director Zaire Carter ‘22 and project coordinator Clarissa Shirley ‘22. Unlike previous years, the actors pre-recorded the performance with the goal of initially presenting the content on its previously slated weekend. As the actors spoke the dialogue collected from the student body, they would occasionally break character to provide commentary on a given issue from their own perspectives.

In order to differentiate between the sources, cast members stated prior to the screening that the default dialogue would derive from interviews, and that any cast member  inserting a personal interjection would make the following statement: ‘This is _____ speaking for myself.’

This year’s show received the name “Performing Activism”, a reference to the rise of online social justice, and how current events are portrayed in the context of the Muhlenberg community.

Carter explained that, in relating the title with this theme, “an advantage of being online and having this technology was that we could include news footage, and try to help expand the issues beyond our social bubble.”

Community members were given access to a google form to reserve seating, and a group of around 30 patrons viewed a screening during one of three daily time slots. Each screening lasted an hour in total, and featured a talkback with the cast, production team and faculty advisor, Dr. Leticia Robles-Moreno, following the performance.

During a semester on-campus, first-year students would be given the opportunity to view SDP as part of the orientation process, and that was a factor taken into consideration by the Theatre and Dance department.

In an email sent to the entire department in mid-September, the department outlined that “First-year and transfer students attended virtual screening sessions earlier this month,””, also going on to explain that the project’s importance was in opening “another chapter in a vitally important conversation about diversity on campus.”

The talkback portion of the event allowed viewers to have open discussion with the cast on topics of interest related to SDP and the prior presentation. In regards to the ways in which the project was able to launch itself into an all-new virtual format, cast member Desire Suarez ‘23 explained, “I think something to say about the process was that it was very community-based, with a lot of trial and error. Whenever we were unsure of something, we were able to bounce ideas off of each other.”

Cast member Joey Marcacci ‘23 chose to speak on his societal outtakes after working with the project, stating “Some of these issues I hadn’t heard about before…and it was kind of an awakening as to what Muhlenberg is all about; [about the] the progress we’ve made and the progress we still have to make.”

To close out the discussion on Friday, October 2, Carter acknowledged the pride he has in the perseverance and passion shown by the cast, and thanked Dr. Robles-Moreno for her support.

He closed the event by saying, “Listen, the ensemble has been in Zoom University, and still made time for us to put this together. I’m so thankful to have had the opportunity to get to know every single person here, and thank you all for your awesome questions.”

The process behind the production of “Spring Awakening”

From the Page to the Stage