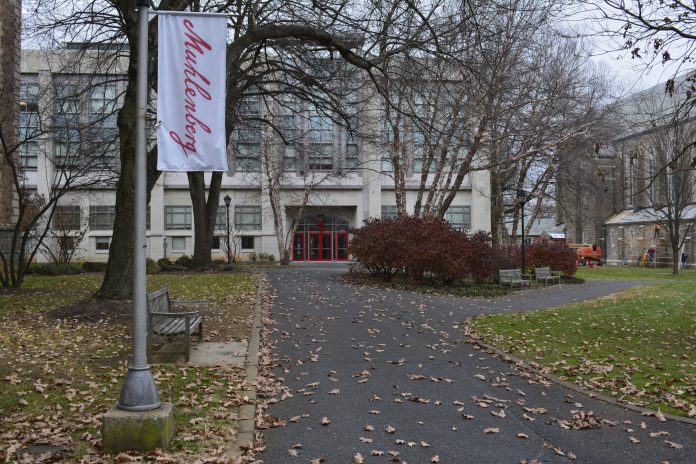 On Saturday October 3, the Muhlenberg Activities Council hosted a virtual College LipSync Battle. It was one of many events that have been offered through Muhlenberg College as part of its virtual programming. While many virtual events are linked to current events or particular departments on campus, the College LipSync Battle was purely for student enjoyment, serving as a break from classes and homework.

The virtual LipSync Battle was hosted in Zoom Webinar, and two DJs, going by the names DJ Lip Sync and DJ Just Dance, served as the Masters of Ceremonies for the event. The two DJs were based in Washington D.C., so the virtual setting was a perfect way for them to still host the event.

In fact, the Muhlenberg Activities Council has even hosted guests from Canada and Los Angeles. The LipSync Battle began with the DJs playing some music to set the fun mood, and then they transitioned into the main event. They had a group singalong to popular tunes, and the music continued between performances.

For the LipSync Battle itself, the winner would receive the Golden Microphone Trophy, and gift cards and other prizes were up for grabs for the competitors as well. To compete, participants in the Zoom Webinar could send in song requests and set a virtual background, then they could turn their camera on and compete. There were multiple rounds of competition, including  Disney throwback rounds.

The event was a success for the Muhlenberg Activities Council (MAC), who has had the difficult task of switching from making on-campus programming to virtual events. Connor Baker ’22 serves as the secretary, treasurer and MAC on-campus liaison.

He said, “These positions entail myself assisting with all the on-campus events that are occurring on campus along with sending emails out to people reminding them about events or meetings coming in the near future.” But the transition to online events has been going well for MAC.

Baker added, “We converse every month to throw out ideas about the events. I would say a lot goes into planning from the specific logistics, to getting a space, to making sure everyone is having a good time. A lot of that information is what we have to juggle on a daily basis.”

“When coming up with events, the Muhlenberg Activities Council considers a lot of options, and the process is engaging. We usually offer suggestions on different events and sometimes we are able to organize different events.” Baker said. “A lot of the time, Ellen Lentine [Director of Student Organizations, Leadership, and Engagement] will find events online and she proposes ideas to the executive board.”

The thought and creativity in events planned by the Muhlenberg Activities Council was apparent in the unique nature of the College LipSync Battle.

The College LipSync Battle was a fun opportunity for students, and as Baker explained, “I think the Lip-Sync appealed to us because it was a fun event to converse with others and have fun on a Friday night. We always look for entertainment or something small that students can enjoy as an alternative type of deal to everything. MAC is ever-moving as our goal is to always make the movement as quickly as possible.”