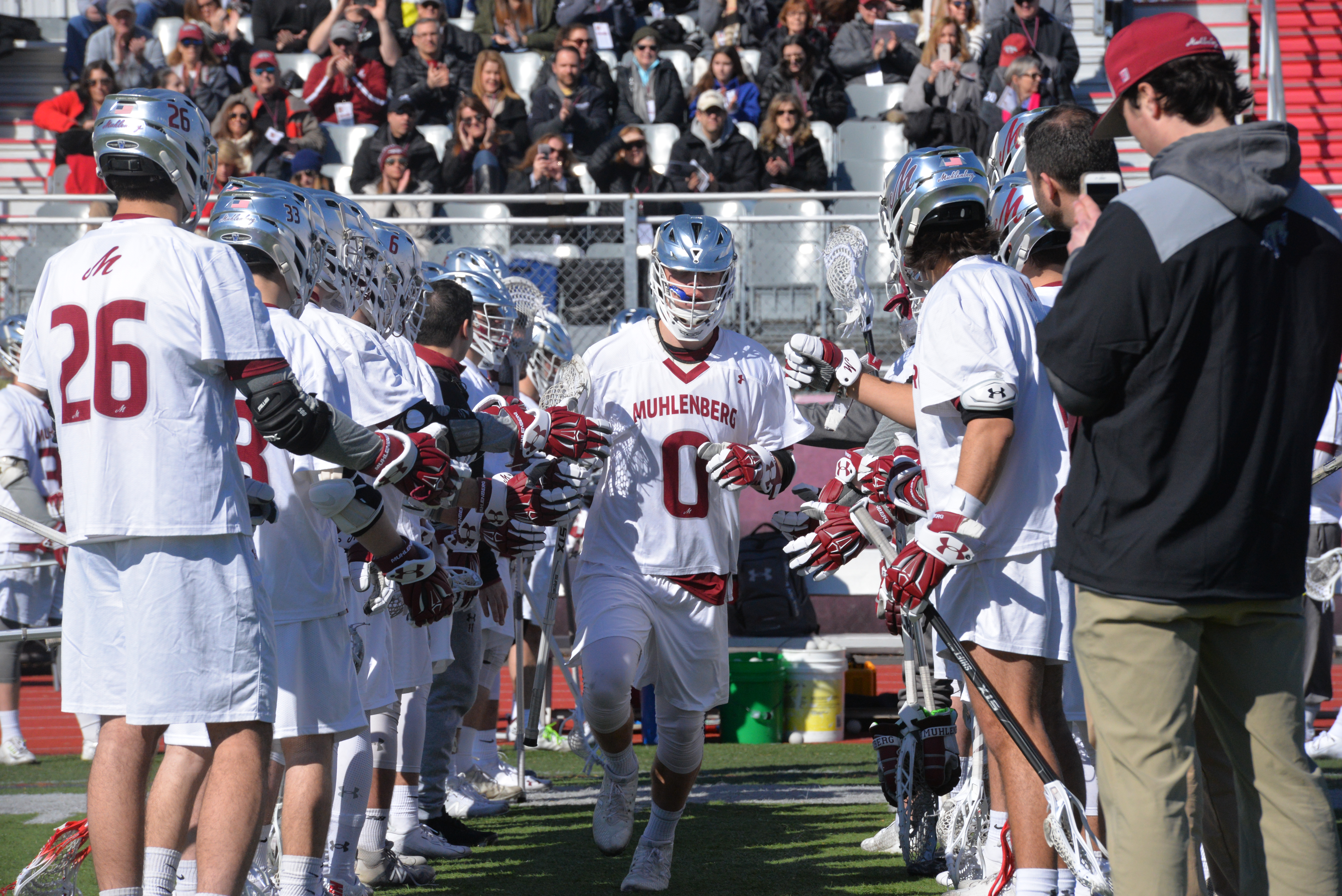 The Muhlenberg men’s lacrosse team was eager to bounce back into competition coming off of a hot season, winning 11 games and making it to the postseason. They set a new school record, winning games in the postseason and making it to the finals. They ended their season after coming up short in the finals of the Eastern College Athletic Conference (ECAC) Tournament against Stockton.

With their first game on Saturday, Feb. 16, the team had been practicing and perfecting their gameplan in order to continue the success of 2018.

Finding the net six times, with three coming before halftime, Scott Fayan ‘20, helped lead his men to their first victory of the 2019 season. Playing at home against FDU-Florham, the Mules won the afternoon match 14-7. While the team exited Scotty Wood Stadium with the win, Fayan believed that there was room for improvement. “When we turned it over, a good amount of the time it came from us just not running.”

Being the leading scorer of Saturday’s game, he was not all that impressed with their showing. “We didn’t play as well as it may have looked,” said Fayan.

Fayan credits this win to his coaches, especially head coach Jake Plunket. “Our coaches had us well prepared. There wasn’t a point in the game where I wasn’t confident in my teammates.” The hard work and the stress put on teamwork that they emphasized during preseason had benefited them, making every second of their training worth it.

On a personal note, Fayan aims high, looking to pick up right where he left off. “My role on the team is shooting and I want to be reliable and have my teammates confident in my scoring when I take a shot.” With the team’s trust, he hopes to help build on what they have started. “By cleaning up mistakes, and keep shooting,” he hopes to relay his message to the team.

In addition to Fayan, Garrett Pope ‘20 played a huge role in the win, making 12 clutch saves for the team. Pope credits the team’s week long focus on their opponents that ultimately gave them the win. “We knew that they had a few key players on offense and we spent all week studying their tendencies,” said Pope.

Working alongside assistant coach Alex Stone, Pope was able to thrive and have a strong game for him and for the team overall. “Coach Stone came up with a great game plan which allowed us to limit their key players output.”

Pope hopes this season is different than his last year’s season. “My goal is to perform better than last year and hopefully at the conclusion of the season be on the All-Centennial Conference team.”

Coming into his fourth season as head coach of the Muhlenberg men’s lacrosse team, Coach Jake Plunket pushes his team to utilize what they have been practicing up to the first game.

As they head into the third week of the season, Coach Plunket wants his players to continue relying on each other while pushing their personal goals.

Following the victory, Coach Plunket commended his team for their efforts. “After only two weeks of practice, I was impressed with how our young men executed the game plan, stayed poised, and capitalized on their opportunities in the first half.”

He has high hopes for the team and would love to see certain things on both sides of the ball. “I hope to see our offense take care of the ball and utilize the shot clock to get high percentage shots. Defensively, we want to continue to grow as a unit,” Coach Plunket said.

The men’s lacrosse team looks to find the same outcome in their next game on Feb. 23 as they travel to Scranton, Pa. The Mules are looking to come out strong against the 2-0 Scranton Royals. Fayan hopes to continue on with his team. “There wasn’t a point in the game where I wasn’t confident in my teammates reading defenses and knowing what to do.”

Hopefully as the season continues, the team will continue to flourish and hopefully have the same ending as last season.

“We want to continue to rise as a contender in the Centennial Conference and extend our season into the playoffs,” said Coach Plunket.