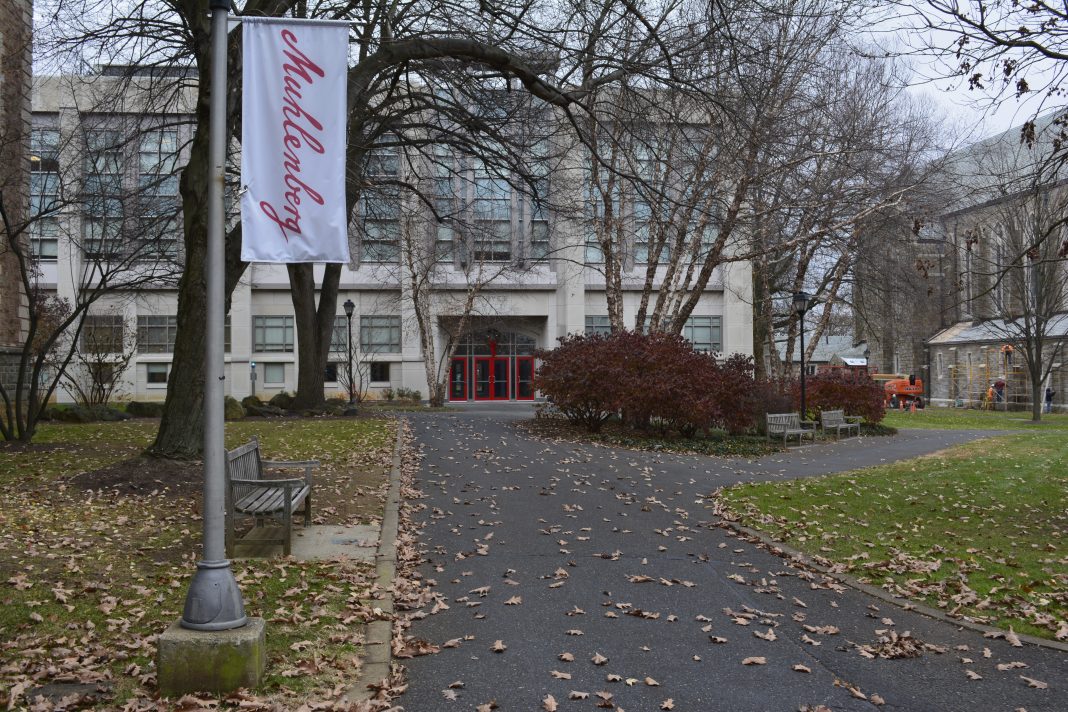 A dormant Dining Hall, academic row absent of “hello’s” and “how are you’s” and reheated pizza for two meals a day may not be a typical week for most Muhlenberg students. However, for those who remain on campus for break, challenges like these can be the daily norm.

Jouman Barakat ‘20 has stayed at Muhlenberg over the course of the entire 2017 semester thus far, as well as the 2016 Thanksgiving break. The holiday-travel ticket prices of many airlines make returning to her home of Amman, Jordan expensive, while the distance makes a three day break almost not worth the trip.

“The thing is, if my family weren’t in Jordan, if they were in the States, I would’ve wanted to go home,” added Barakat. “It would be exhausting for me to take a 16-hour flight, spend three days there (barely), then 16 hours back and THEN start school again.”

With many of the College’s facilities closed and most students home for break, California natives Caden Fraser ‘20 and Taylor Phillips ‘20 looked for opportunities to spend past breaks out of town with friends.

“I know a lot of people here at Muhlenberg that can’t go home for Thanksgiving do find places to go that are more on the East Coast,” said Fraser. “It was nice to get off campus and have a little bit of a breather, but obviously there was still a disconnect because I wasn’t able to go home.”

“I always think it’s going to be nice to just be by myself and not have to do work,” added Phillips, “but it ends up always being really boring and nothing’s ever open, so it kind of sucks.”

This year, the Office of Residential Services hosted a ‘Friendsgiving’ dinner on the Wednesday before the holiday. Numerous professors openly welcomed the students to their homes for Thanksgiving dinner. Barakat recounted how “amazing” it was for Mathematics Professor Dr. Eugene Fiorini to invite all of the international students to his house.

With the Dining Hall closed for operation and GQ open from 8 a.m. to 2 p.m., shuttle schedules are shifted yet still allow students to stock up on groceries and other supplies for the week.

“If you live in a dorm, you have to stock up on food from GQ,” added Phillips on the limited availability of food options over break. “It does make it hard to stay over break.”

“For some people, it’s fine to stay here because they cook their own food,” said Barakat. “For me, it’s pretty difficult because if I try to do anything in the kitchen, I would burn the whole school down.”

With some working almost all year round, Dining Hall, GQ and other Sodexo staff find that the time over break is a great opportunity to use their vacation time.

“During the school year, when we’re busy, we’re busy,” said John Pasquarello, General Manager of Muhlenberg Dining Services. “So a lot of the employees like the fact that they can stay home with their family, spend the the holiday with their family and get some time off.”

Time off from school and work means a chance to travel — for Dan Amouyal ‘18, a student from Jerusalem, Israel, the college’s proximity to his American side of the family offered a great opportunity to get closer with them over breaks.

“I think it’s important to delve upon my family life in terms of my relationship with my family that I didn’t have such a close, intense relationship with,” said Amouyal. “Both families [American and Israeli side] feel much closer now.”

When applying to American institutions, Amouyal was partially directed by his parent’s resistance to his plan to study in New York City where some family lived. “They were like ‘we’re going to send you to a school out in the sticks,’” he added, describing his arrival at Muhlenberg College.

Amouyal spent this past Thanksgiving with his uncles in Riverdale, the Bronx, where he would visit restaurants, drink margaritas and spend time with them around the house. Apart from this, Dan made himself at home — watching Netflix, reading and catching up on work were woven into his relaxed schedule.

Barakat, although bored, was appreciative of her on-campus experience this past Thanksgiving break.

“I should’ve done my homework, but I didn’t — I’d either watch Netflix or produce music,” said Barakat. “I just stayed in my room for most of the time. It was great, it was wonderful, but there really wasn’t any other reason for me to leave my room.”

The age of the College’s campus and the legends that surround its history proved to be no aid to Barakat and Phillips over their stays at Muhlenberg’s very own version of the Overlook Hotel.

“I was doing this project about this ghost that haunts South Hall for my class so researching this ghost and staying in East, which is already haunted, is kind of scary when you’re by yourself,” said Barakat. Barakat also utilized Campus Safety as escorts across campus one night because of the discomfort generated by its emptiness.

“I lived in Brown and those hallways are very large in particular,” added Phillips. “It’s just kind of creepy because you know you’re supposed to be the only one there, but you definitely hear things and it definitely kind of creeps me out.”

For those who stay over the course of the Winter break, several events are put on by offices within the Division of Student Affairs. Last year, ORS invited students to go ice skating, followed by dinner at a nearby Bethlehem restaurant. There was also a game night in Seegers open to those still on campus.

“Everybody kind of takes on some sort of program or idea to try to plan. Is there something everyday? No, it’s an entire month. But we do try to scatter it out,” said Kathleen Mangold, Associate Director of Residential Education. “I know staff comes in on their own time and does stuff with students at night, not just during office hours.”

Upon first arriving at Muhlenberg, Amouyal’s initial plan was to stay on campus for the duration of Winter break. The new environment and unique sense of independence proved to be taxing, however.

“As the semester went along and as I started to deal with being an international student but studying here by myself, I was calling my folks and I wanted to go home. I needed that boost to get me ready for the next semester,” said Amouyal. “That was really difficult for me because that was always in my subconscious.”

Regardless of the inconvenience of long-distance travel, the trade-offs are worth sacrificing some family time.

“I think that’s one thing that I had to make a decision myself before I even came to Muhlenberg,” said Fraser. “I came to this school to get a good education and do what I love and if that means sacrificing some kind of family time to do that, I think I’m willing to do that.”