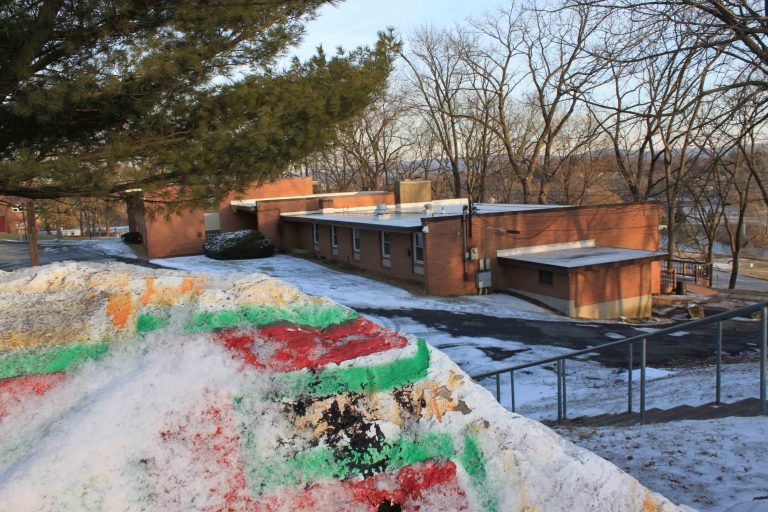 Last November, allegations of hazing surfaced in the Muhlenberg Chapter of Sigma Phi Epsilon (Sig Ep). By December, the brothers were charged with violating the social code and anti-hazing policy, and removed from campus until 2021.

“Specifically, the chapter was accused of hazing brothers by paddling them, by having brothers extinguish a fire by spitting mouthfuls of dry rice on it, by instructing new members to sleep at the chapter house and to carry their belongings in backpacks. In addition, the chapter allowed a number of suspended Sigma Phi Epsilon members to participate in these activities,” stated Allison Gulati, Dean of Students, who oversaw the investigation.

On Nov. 7, a report was filed alleging Sig Ep of hazing. On Nov. 30, after review by Assistant Dean of Students and Judicial Officer Jane Schubert, they were charged with violating the social code, and on Dec. 7, the Judicial board held a hearing. Sigma Phi Epsilon had already been put on disciplinary charges the year before and revoked their fraternity house. The Judicial Board took this pervious account into consideration.

Although the fraternity brothers and those involved were notified immediately, to prevent interference with the investigation and trial details were not disclosed to the public until Gulati released a student-wide e-mail over winter break.

“We also have to [release information] pretty sensitively when hazing is involved, because one of the most important things to us is protecting our students. So we don’t want a student who has reported something to be outed in unnecessary ways, or to be treated inappropriately because they have asked for help or anything like that.” said Gulati.

As a result, few have come forward or have been willing to share information on what happened. The silence, however, does not mean the problem isn’t there, said Gulati.

“There are other student groups that face hazing issues all the time. Those could be performing arts groups, clubs, athletic teams, other fraternities and sororities,” said Gulati, “Hazing is happening on every college campus in America. And so we want students to be aware, based on what occurred, what can happen as a result of that and the severity.”

Muhlenberg is not the first college, nor is it the last, to encounter student hazing. A study done by the University of Maine estimated that 55 percent of college students experience hazing.

Greek life in Pennsylvania was put on the map last year with the death of Timothy Piazza, a Penn State student who died from injuries resulting from binge-drinking as part of initiation to Beta Theta Pi. In 2013, Psi Delta Psi was banned after the death of pledge Chun “Michael” Deng. Another student died at Lafayette not long after Piazza, although the death was ruled as unrelated to hazing. In the last decade, 33 people in the US have died from hazing-related incidents, according to Hank Nuwer, a professor of journalism at Franklin College who has researched and written extensively about hazing. An article posted by Times magazine posed the question: What can be done?

The fraternity Zeta Beta Tau, which colonized at Muhlenberg in 2015, is one of the first nationally non-pledging, non-hazing greek organizations. The chapter currently has 40 members, four of whom just joined. The incident with Sig Ep hasn’t discouraged the brothers from continuing to recruit, said President Matthew Itzkowitz, ‘19. Rather, as Itzkowitz explains, it makes them proud to be non-pledging.

“When people were rushing us, we would normally tell them that we’re not hazing, we’re not pledging to begin with,” said Itzkowitz, “ but we would make sure that they knew that during rush week so that way they didn’t have any doubts considering what had happened. They wouldn’t have to worry about that.”

After a brother died from a hazing incident in 1989, the fraternity at the national level stopped pledging and hazing, which Itzkowitz wanted to emphasize considering the current negativity associated with Greek life.

“I think that fraternities and sororities just get a really negative name in general,” said Itzkowitz. “I think that the more positive news that we get out about Greek Life the more the public opinion of it will change. Schools around the nation are just shutting down all greek life, regardless of whether they have or haven’t done something wrong so if we could let it be known that there are good organizations out there then I think the ones that are good won’t be and shouldn’t be punished.”

As part of Muhlenberg Greek Life, the brothers need to partake in Philanthropy, which ZBT does through Get On The Ball, a fundraiser that collects donations for the Children’s Hospital of Philadelphia. ZBT also hosts Green Light Go, an event which teaches consent.

Although they are open in discussing their hazing policies, ZBT doesn’t discuss the matters with other Greek organizations.

“Hazing and pledging isn’t something that we talk to other organizations about, like other fraternities and sororities. I know everyone that’s in ZBT knows and is open about the fact that we don’t haze or pledge. So if anyone ever asks us they know. Everyone is equally able to talk about that.”

Students can report an incident of hazing anonymously on the College’s Greek Life page, under Report Hazing. Students can also call Campus Safety at 484-664-3110.