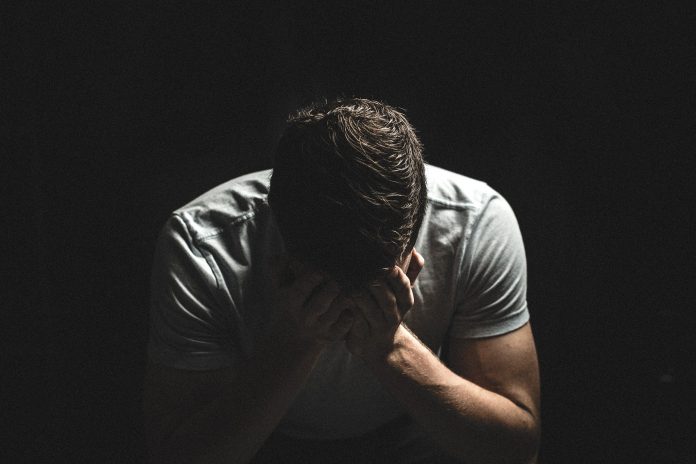 There’s a lot of things you feel coming into college and even throughout it, one of the main things, for many, is loneliness. We are primed to expect to feel lonely, warned about it even, when we first come to college. Eventually you’ll meet “your people” and find the clubs you belong in and feel less lonely, but that’s not always the case; even if you do begin to have that traditional, perfect college experience, it doesn’t always eliminate that feeling of loneliness.

Loneliness is not something that just goes away automatically. It takes time and effort to pull yourself out of that feeling, which is not easy whatsoever. By understanding loneliness and how it affects us, can we better manage feeling lonely? How do we pull ourselves out of that state of mind? If you don’t deal with your feelings of loneliness, how likely are you to develop symptoms of other mental illnesses?

I interviewed Dr. Erika Bagley, assistant professor of developmental psychology at Muhlenberg, to get a deeper understanding of loneliness.

“I would say part of the reason loneliness might be more prevalent for first year students, is because they have to learn how to operate in a whole new context” says Dr. Bagley.

“I would say part of the reason loneliness might be more prevalent for first year students, is because they have to learn how to operate in a whole new context”

We typically come to college at the ages of 17 and 18 which, in the grand scheme of things, is extremely young. You have decided on a college to commit to for the next four or so years of your life and when you get there there’s really not the type of hand holding that you have had for those first 17 years of your life.

It’s a hard transition and when you make that transition you’re forced to start completely new and go out and find not only what you’re interested in but also like-minded people who share those interests. Dr. Bagley mentions how even though this is a positive change, it’s still a change that you have to navigate.

When talking about loneliness, yes, it can be temporary due to this big change, but you shouldn’t rule out the possibility of other mental illnesses creeping their way in. For a bit of time loneliness can be easily resolved, but that’s not always the case.

“Prior research has shown that feelings of loneliness are a predictor of depression. Interestingly, other work (Zawadzki et al, 2013) suggests that anxiety is important in this relationship” explains Dr. Bagley.

Sure, loneliness can be a stand alone feeling that doesn’t last a while, but it does have the potential to lead to depression.

There a couple ways in which loneliness can lead into depression. First, it’s loneliness by yourself. You’re stuck in this bad place that you feel as though you can’t escape and eventually this can develop into depressive symptoms. Second, there’s a middle ground of anxiety, so instead of loneliness leading into depression it leads into symptoms of anxiety which then introduces feelings of depression. Then due to its potential lead into depression you tend to isolate yourself even further, which exacerbates those feelings. It’s a snowball effect that your mind has that would ideally be stopped when you first feel like it’s getting to the point of anxiety and/or depression.

Being alone and feeling lonely are not exactly the same thing and feeling alone doesn’t mean that you’re going to feel lonely. It’s a blurry line at times and one that can be hard to differentiate for some. According to Dr. Bagley, “It is not something that can be objectively measured because it’s about one’s perception that there is a gap between what they are expecting out of social relationships and what they actually think they are experiencing.”

So, a lot of the time it’s all about your perception of your relationships. Whether or not you know it, you have expectations for what you want out of your relationships and when you don’t get what you expected, be that with family, friends, or a significant other, you have these feelings of isolation and loneliness that start to creep in. As you continue those relationships and don’t express how you feel and your expectations keep getting dashed nothing is going to change.

Dr. Bagley also talks about how somebody can be surrounded by a lot of people and still feel lonely. In any of my relationships, if I want to feel like I’m able to share a problem that’s happening in my life and I can’t do that? I’m not going to feel like I’m getting what I want out of that relationship and henceforth feel a sense of loneliness.

What are some coping mechanisms when you feel that sense of loneliness? “[One] coping strategy that might help is actually having more realistic beliefs about they expect out of relationships,” says Dr. Bagley. She continues by saying, “[upon] arrival to college, they [specifically first-years] may have expectations of friendships that are built upon prior experiences.”

It goes back to this idea of expectation versus reality. Coming into college you had established relationships back at home that were safe and hopefully provided you with what you needed and now you’re in a whole new environment. You want what you had before, but you more than likely won’t get that right away. You have to take time to develop those kinds of relationships and find the people who you can do that with. On the other hand, you also have to make sure your expectations are realistic because when they aren’t that’s when you’ll feel the most lonely.

Overall, loneliness is a hard state to pull yourself out of. It’s, of course doable, if you adjust your expectations or actively seek out what you’re looking for, but it’s a stage that most people go through in any situation. It’s important to note that if you feel as though your loneliness is getting out of control or leading to symptoms of depression and/or anxiety that there are people on campus that you can talk to.