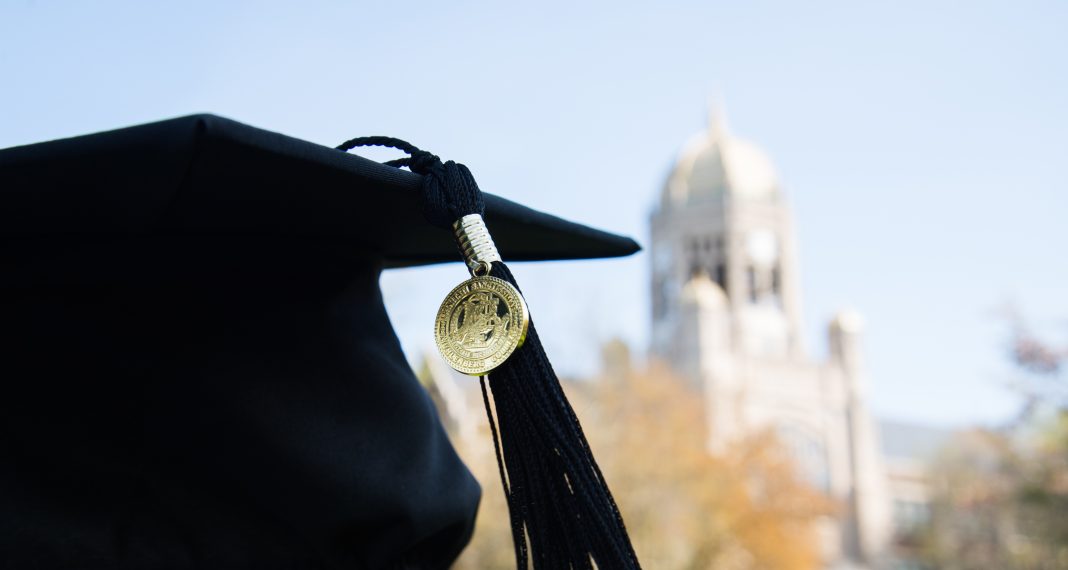 Last Spring — Wednesday, April 5 2017 — students from the Class of 2018, as well as parents and faculty, received an email from President Williams indicating that the 2018 Graduation was being moved a Friday:

“We are making an important change to the timing of Commencement for the Class of 2018. Commencement 2018 will take place on Friday, May 18, 2018, at 10:00 a.m. This change from our usual pattern of Sunday Commencement will help us avoid holding Commencement on Shavuot, a Jewish holiday. It is important that the entire class should be able to come together to celebrate, and this schedule change will enable a Commencement ceremony that includes our entire community.”

Despite this communication being put forth nearly a year ago, many of the seniors, who are now less than one hundred days from graduating, are still left feeling unsure about the necessity for this change.

“While many people don’t know about this holiday, it is actually one of the most important ones in the Jewish calendar as it commemorates the giving of the Torah to the Jewish people,” said Gracie Gottlieb ‘18, who explained the conflict. “Having Graduation on this day creates many issues for Jews who celebrate this holiday as there are many restrictions to observe it which are similar to the rules of Shabbat.”

Upon learning about the conflicting dates last year, Williams described the “lengthy and involved process” that it took in order to get to the point where Graduation actually had to get moved.

“We assembled a lot of people, talked to a lot of students about this, pretty sure within Hillel,” said Williams, “There are a tremendous number of staff involved in Commencement: Campus safety, Registrar, Provost’s Office, Dining services.”

Before arriving at the decision to have a Friday Commencement, there were many alternatives being deliberated. First came the idea to have two separate Commencements: one for the Jewish students who had to observe Shavuot, and another for the rest of the students. Nonetheless, this concept was scrapped.

“The idea that we would segregate somehow quickly became one that we saw was not workable because both groups of students would want to graduate with their friends.” Clearly Jewish students are friends with non-Jewish students, so as Williams indicated, “Having to choose…we thought that it would horribly mar the experience down the road.”

With no other dates feasible due to the limitations put forth by accreditation — the need to have a set amount of days of school — the weekday graduation seemed to be the right decision for the amount of students that would be affected. However, many people still feel as if their needs were not being taken into account.

“I understand why graduation was moved, but my understanding is that the Jewish holiday only affects a very small portion of our graduating class since not all members of the Jewish community observe this particular holiday,” explained one senior, who preferred to remain anonymous. “I think it is unfair to punish students whose parents and loved ones might not be able to attend a Friday ceremony due to work and professional obligations.”

A similar pattern in feelings began to arise. “It’s hard when families and graduated friends are working and have trouble taking the day off from work to come to Allentown,” said Ashley Amodeo ‘18.

“My parents are able to attend, after having to take off work. My younger brother will have to miss school, but can only come if he doesn’t have an AP test because it’s AP season,” said Katelyn Winter ‘18. “ My grandparents, who were looking forward to this day, cannot come.”

Other students continued to experience a similar plight, like Dempsey Schott ‘18: “My parents had to take off from work several more days than they would have in a previous year, since I live 6 hours away.” She also acknowledged how other families may not have this same ability. “I know it is a stressor on some families to miss that much work.”

Williams noted that are ways to adjust to the issues described above: “Families have the option to travel on Friday if they do not want to miss a day of work on Thursday.” Looking at specific demographics for Muhlenberg, a majority are located close enough that if necessary, their families can leave early in the morning on Friday to arrive in time for the 10am ceremony.

Another topic that has worried members of the Class of 2018 is regarding Senior Week, and the belief that it will now be altered due to an earlier Graduation date.

Ultimately, there are members of the graduating class that have been able to adjust to the change, such as Sappho Stringfellow ‘18: “It would be easier for my family if it was a weekend, but they are making it work so it’s fine.”

All in all, Williams made it clear that despite this situation being complicated, the root for the change was too important to neglect: “For all the values that we are talking about, it felt right.” Williams pointed out the fact that, “many other colleges commence on a weekday, we are not the only college.”

“We did look at ignoring it, as many other colleges do. Many colleges ignore the Jewish holidays, but students and their families would find it impossible [to attend] due to work restrictions”