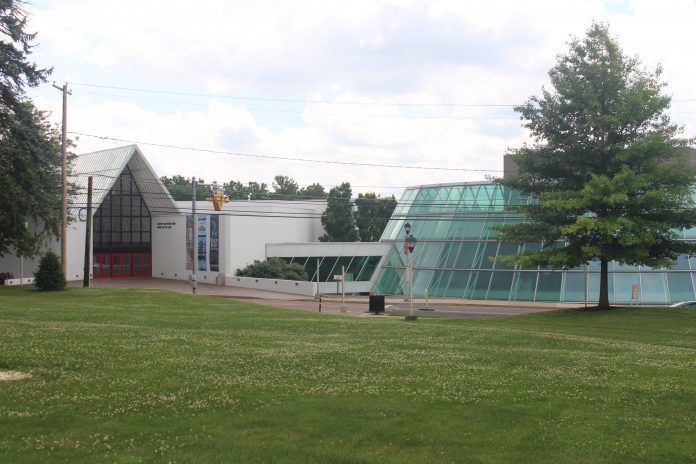 The COVID-19 pandemic has altered much of what is considered part of the “typical” Muhlenberg experience. One of these aspects is the Theatre and Dance Department’s production schedule. While initially changed due to the restrictions on social gatherings set in place, the production season for the 2020-2021 school year has been further altered to accommodate the shift to a virtual semester. The main changes are that the planned Fall 2020 semester productions have been shifted to the Spring 2021 semester or cancelled, and a virtual play festival has been organized in their place by the Muhlenberg Theatre Association.

Originally, the Theatre and Dance production season for fall 2020 was set to open with Sarah DeLappe’s Pulitzer Prize nominated play The Wolves, featuring a spotlight performance from Associate Professor of Theatre Holly Cate, as well as work by guest director Margarett Perry. The annual musical was scheduled to be Leonard Bernstein’s operetta Candide, directed by Charles Richter, Professor of directing, theatre history & theory. Megan Flynn, associate professor of dance, was set to serve as the artistic director of Moving Stories, the fall dance concert held annually. Finally, the New Visions 2020 festival was set to feature work directed by three Theatre Department seniors. Additionally, The production of Sarah DeLappe’s The Wolves has been postponed to the Spring 2021 semester.

The Muhlenberg Theatre and Dance Department sent out an email on June 30th detailing some of the initial changes to the production schedule. Part of the email from the department said “At this point in the progression of the Coronavirus pandemic, it has become apparent that it will not be possible to safely rehearse and perform theatre or dance in the usual manner, and there are no adaptations currently available that would enable us to stage performances as we typically do.”

One of the changes being made to the production season is that the department is anticipating the cancellation of the full-scale musical for the entirety of the academic year because of the number of students and staff needed for such a production. Instead of having the dance concert, Moving Stories, in the fall as planned, there are instead going to be at least two dance productions in the Spring 2021 semester.

The festival includes ten plays: three Red Projects and seven Grey Projects. Each of the ten plays will be the work of Muhlenberg student directors, actors, and designers. A variety of plays are part of the festival, including an original work written by a Muhlenberg student. They will be performed across two weekends in October: the 16th-18th and the 23rd-25th. Some of the plays will be pre-recorded, and others will be performed live over Zoom.

While not the typical circumstances by any means, this new festival will be a great way for Muhlenberg theatre students to get involved in a production. Depending on what the situation is for the spring semester, the Theatre and Dance Department’s season may be changed again, but for now, the Muhlenberg community can expect department productions in the Spring 2021 semester.