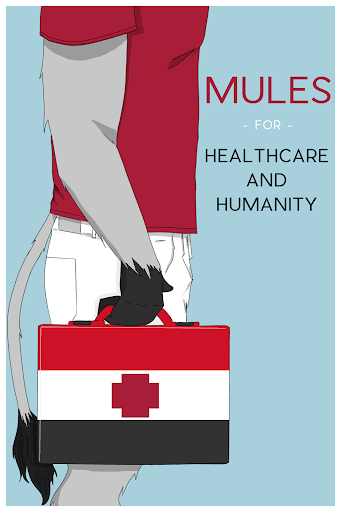 “There’s nine of around twenty-two hundred students at this meeting.” The president of the Muslim Student Association (MSA), Aya Kanan, said near the beginning of the group’s first meeting of the semester. “What’s the percentage of students here compared to the rest of the student population?”

Another member supplied the answer after a few moments of silence: “.4%.”

The MSA, after being dormant for a few years due to a lack of attendance and growth, has been rebirthed starting in the Fall 2020 semester by the current president Aya Kanan, in collaboration with the organization’s faculty advisor and Religious Studies lecturer Dr. Sharon Albert.

The group’s resurrection was influenced by several factors explained by both Albert and Kanan – particularly the latter, who wished to hear from other practicing Muslim students at Muhlenberg and about their past and current experiences with those of different faiths and beliefs.

When asking group members about their interactions with others, there was a similar pattern in their responses: students were mostly respectful but remained ignorant of the traditions and rituals of the Muslim faith.

The group’s solution, as well as their overall hope for the next academic year, is to raise awareness of religious events and get those of different beliefs involved in a friendly, diplomatic manner. There were already discussions about events to involve people in differing ways. Looking back on how the group’s former incarnation gained success, such as by hosting a Muslim comedian on-campus, there have been similar talks of making knowledge-based games (i.e. Jeopardy) to reach out to both students on-campus and those who are currently studying remotely, on top of organizing talks or other digital events that are more serious.

For instance, there was some exchange about connecting with ethnic groups supported by the College that have become more prominent in the news limelight. They also discussed how to best educate people about approaching  and responding to these concerns.

They have also discussed connecting to other religious organizations at the college to organize events, in the hope to create a more collaborative campus cultural community. The MSA is also discussing potential activities connected to their faith once more students are allowed back on campus. They considered offering foods connected to faith and culture. There was also consideration taken on  how to request and petition for more accommodations for Muslim students. This  included asking for another prayer space outside of the Office for Multicultural Life and considering how to best accommodate the observance of religious holidays such as Ramadan, where dinner might not be allowed until after the dining hall closes.

While future events were discussed, the organization has a key focus for this semester and the events they are planning, specifically in raising money and awareness for the current humanitarian and healthcare crisis that has been occurring in Yemen. The impact on those of Middle Eastern heritage and those of the Muslim faith worldwide, coupled with Islamophobia and stigmas around Islamic people and holidays,  has become a major motivator for the MSA to educate the community about the impacts of internal biases.

Their current campaign  is using posters to signal attention to the general Muhlenberg population about the cause, but there is some discussion of shifting methods in the future as the organization grows and awareness continues to spread about this issue both in-person and online.

They will be making their first digital footprint in the coming weeks, as there has been discussion of making an Instagram account for the organization.

The Muslim Student Association has big plans as they look on the actions of their previous incarnations and how to flourish in the Muhlenberg community, both digitally and in-person.

As of Oct. 19, the Muslim Student Association is scheduled to meet every two weeks on Zoom, on Tuesday’s at eight o’clock. Their next meeting will be next Tuesday (October 27th). Further questions about the association, or people wishing to join the club should contact either President Aya Kanan or faculty advisor Dr. Sharon Albert.