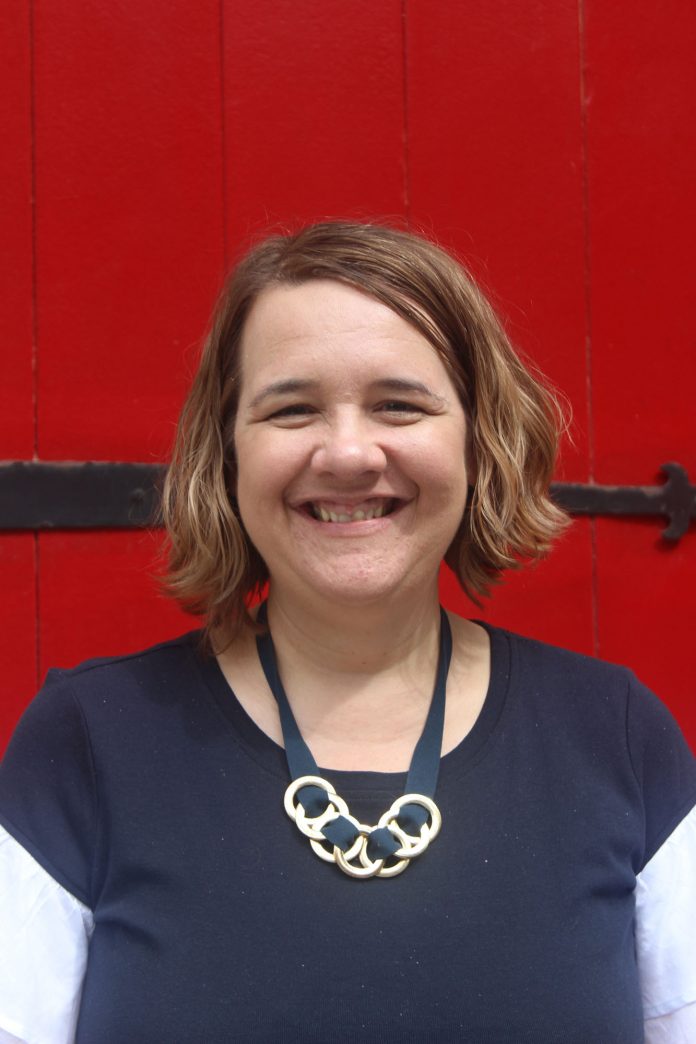 As the new school year comes back around, it brings more than just new classes and the Muhlen-plague – this semester, it will bring seven new additions to our religious life staff. This includes our new College Chaplain, Pastor Kristen Glass Perez. If you’ve seen the emails Glass Perez, or Chaplain Kristen as she welcomes you to call her, you should’ve already gotten the sense for the range of religious affiliations, as well as non-affiliations, she oversees and works with. “Muhlenberg supports the opportunity for everyone to explore their either religious or non-religious identity,” Glass Perez told me. “We protect the space for people to engage with as much of their own religious background as they like to, or they don’t have to.” Glass Perez extends an offer to all Muhlenberg students to sit down with her and participate in her “one thousand cups of coffee” semester for anyone who wants a cup of coffee and a chat.

Glass Perez is joining us from Augustana College, a college very similar to Muhlenberg in both size and philosophy located in Rock Island, Illinois. Glass Perez plans to bring with her a close partnership with the career office by helping students explore who they are, what they like and what they’re good at in order to make decisions about majors or jobs. “I did a lot of work with the career center [ at Augustana College],” Glass Perez continues, “I did the traditional Chaplain things like lead worship services and meet with students, but I also did this other segment of helping people figure out who they are and how to connect that to their life goals, so I really enjoy that kind of work.”

Along with helping students to find their path both during college and afterwards, Glass Perez is looking forward to further developing and diversifying religious representation on campus and encouraging more interfaith discussion and discourse. “There are some communities that we’re hoping to expand,” she says, “[for] folks that may not find things for themselves in the current community, like in the Buddhist and Hindu communities. I think that’s a growing population of the college, so we’re excited to partner on some things with those communities and students.” Not stopping at increasing representation for the minority religious groups, Glass Perez will also be implementing more opportunities for interfaith interactions through embracing our differences and talking about them. “We are all a part of the Muhlenberg community,” she starts, “but that doesn’t mean that we’re all the same, it means that we are delightedly and wonderfully different, so we get to talk about what is it that makes us us and then how do we come together about things that are important to the community, even things we might disagree on.”

When it comes to dealing one-on-one with students, Glass Perez believes that everyone “brings something to the table,” or has their own problems in life that you wouldn’t know from first meeting them. She herself has experienced a tragedy last year that she says has changed her way of engaging with others. “You never know what has happened in people’s lives,” she explains solemnly, “many students have shared things with me such as the loss of a sibling or parent, so I’m really conscious now to the fact that we don’t always see what everybody brings with them, but I also want to talk about it openly because I think we don’t have a lot of space to get to do that.”

At the end of the day, the most important part of her job as a Chaplain is the interactions with students and the daily ordeals they must push through. “I love … the time I get to spend in both conversation and programming with college students; I think it’s a really unique time,” she starts to explain. “What I don’t believe is when people say, ‘this is the best time of your life.’ I think yes, it’s a good time in your life but there also real struggles, right? I like to say, ‘the struggle is real.’”

It is for all these reasons that Pastor Kristen wants to encourage you to come by her office in Enger Chapel, grab a cup of coffee and talk about anything from favorite Netflix shows, who GQ is named after, the phenomenon that is Wegmans or how lucky we are to be close to both mountains and the coast.

Chaplain Kristen Glass Perez will be having her official installation ceremony on Oct. 28 at 1:30 p.m., followed by some free food. She hopes to see many of you there to commemorate the ceremony.