Home Sports Tapping into the fountain of youth 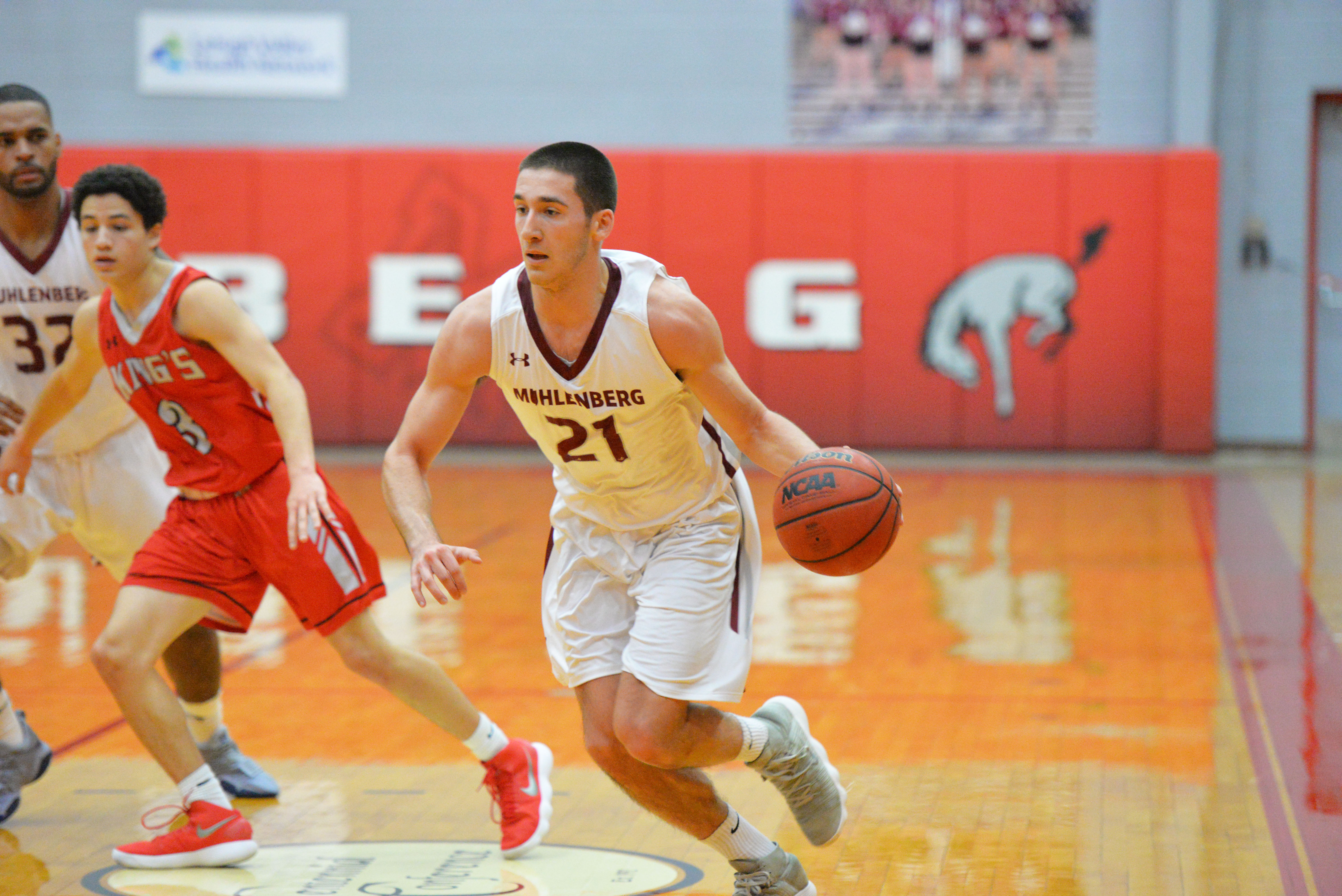 The Muhlenberg Men’s Basketball team finished last season with an overall 11-14 record, with a 9-9 Centennial Conference record. They finished sixth overall in the conference, and had impressive victories against nationally ranked powerhouses Swarthmore College and Franklin & Marshall. At the end of last season, the team lost five senior players including: Nick Rindock, Jeanlee Baez, Nigel Long, Alex Mitton and Owen McLeod. To make up for the loss of these five seniors, Coach Hopkins recruited a rather large freshman class.

The Muhlenberg Men’s Basketball team started their season this past Saturday at Skidmore College, traveling to Saratoga Springs, New York. Hopkins’s opening day starting lineup consisted of guards Dan Gaines ‘22 and Brendan Hughes ‘19, forwards Spencer Duke ‘21 and Mike Morreale ’21, along with center Dallas Hoffman ‘22. Unfortunately, the Mules were not able to walk away with a victory in their first go around of the season. The final score of the matchup was 75-69 in Skidmore’s favor. The Mules started the game out slow, getting open looks that were just not falling. They were outscored 36-24 in the first half of the game. However, as the game progressed the Mules started to get more comfortable, shaking off their offseason rust. In the second half, more shots began to fall, and the younger players were beginning to get in a groove. They outscored Skidmore 45-39 in the second half, shooting 52 from the field. Morreale and Hoffman lead the way, each scoring 16 points a piece, with Gaines tacking on 15 points.

Despite this close loss, Hopkins is optimistic going into this season.

“Progress not perfection. We are hoping to make progress and get better every single day, knowing that it won’t always be perfect. Mistakes are going to be made but we want to make sure that we are making them while giving 100 percent effort and that we learn from them and keep moving forward,” Hopkins responded when asked what the team’s motto was for the season.

He believes there is good reason to be excited about the group they have together. “This year we have a group of 14 guys that are 100 percent bought in to changing the culture of Muhlenberg basketball. Brendan Hughes has done a great job of setting the tone with the younger guys of what it is going to take, both on and off of the court, for us to be successful. So far, this year’s team has embraced the importance of competing and communicating on a daily basis. They have done a great job of holding themselves and each other accountable to higher standards than we did last year,” Hopkins said of his squad. The Mules will be traveling to King’s for another away game this Tuesday and then host the Scotty Wood tournament this weekend. With Hopkins leading the charge, the team’s expectations are sky high this year.