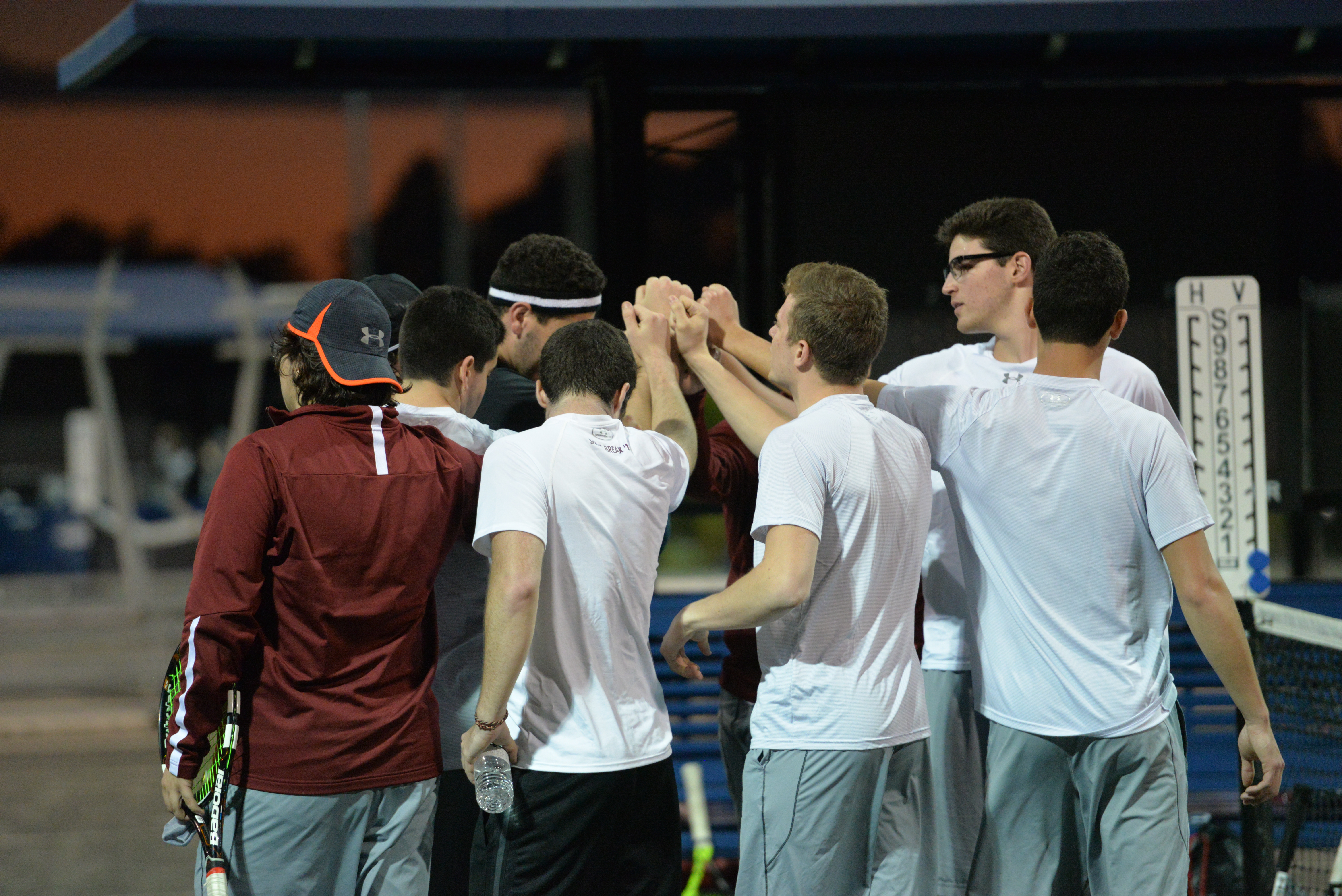 Both of Muhlenberg’s tennis teams underperformed last year, struggling to win many games during the season. The men’s tennis team finished with an overall record of 4-14, and a less than stellar 2-7 record within the Centennial Conference. The women also struggled to be victorious, with an overall 0-12 record, and an 0-10 record in conference. Obviously, the Mules did not do as well as expected, and as a result decided to hire a new coach. Coach Jason Toedter is hoping to change the team’s culture and bring the Mules tennis program back to its winning ways.

You can already tell that the players of both teams have a renewed sense of confidence with Coach Toedter leading the charge. “Coach Toedter has been tirelessly working towards getting our tennis team back to its full potential,” said Meghan Olsen ‘19. “As a senior, I know that the tennis program has been let go of over these past four years, however, I think Coach Toedter is the perfect fit to encourage and motivate our team players to reach their goals and play our best. So far he has been a great addition to our team and is very adamant about helping us get back to where we need to be, which is very important to us.”

Steven Shoemaker ‘19 also had high praise for his new coach. “It has been difficult for the men’s team to find success in the past four years, since we have had a four different head coaches in all of those seasons,” said Shoemaker. “However, there was a different vibe in the atmosphere once Coach Toedter took the reins. His presence was made right away in our fall season when he walked into a room with a bunch of strangers and told us that it is time to put our team back on the Centennial Conference map. Having a coach who is passionate about winning and not just about going out there and giving it your best, will really go a long way for the men’s team this upcoming season.”

Leading up to the season, Coach Toedter has been driving home a strong message to light a spark and motivate the team. “I think his main takeaway for all of the players is to stay confident and have fun out on the court,” said Olsen. “He is doing his best to get us back in the swing of things and will continue to do so during our practice times by drilling us with basic skills and game strategies.”

“Coach knows that we all have lives outside of tennis, but what he really tries to drive at is blocking everything out and coming ready to play when it is time for practice or a match,” said Shoemaker. “You either want to be on the court or you don’t, so if you want to be a part of the team it is crucial that you are locked in and focused the second you pick up that racquet.”

With all of that being said, the players are confident that this season will be much different than those prior. Coach Toedter believes that the most impressive part about this team is its unity. “The best teams I have ever been a part of have been less a team and more a family. It is a tough ask of players to embrace the changes a new coach brings with them. The players have certainly taken to that task. They know it is important to me that we try to be the classiest team we can be and the most unified team we can be. In everything we do we want to act with class in victory and defeat. Everything we do must be as much for ourselves as it is for the man fighting on the court next to us. Those are the marks of great teams.”