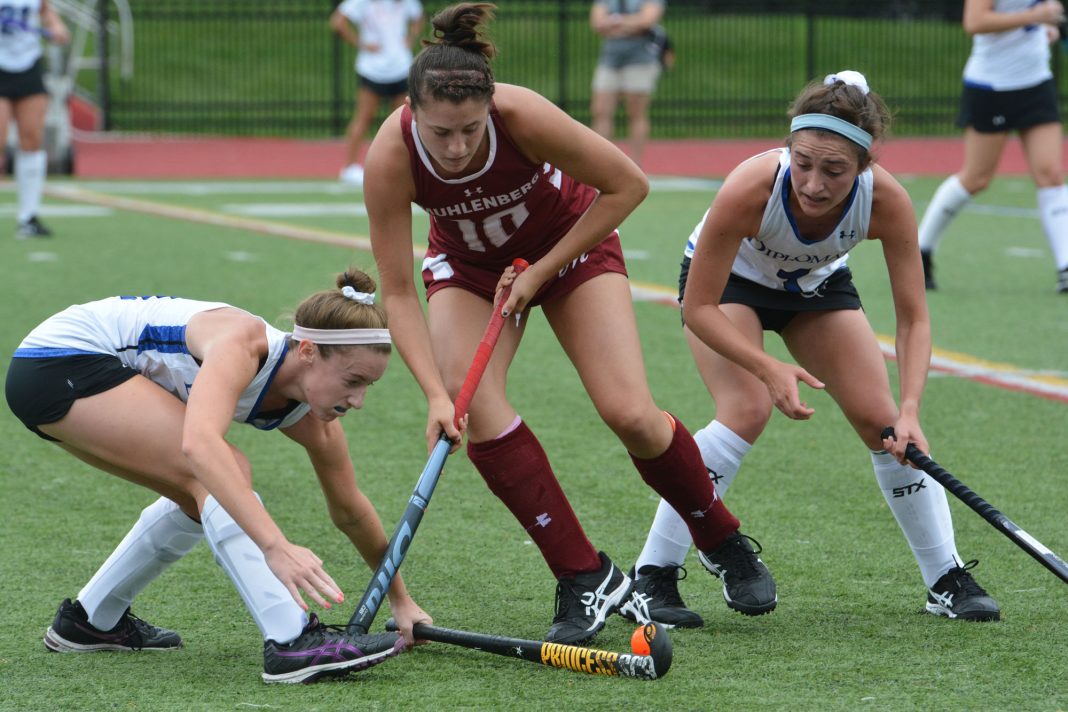 The Muhlenberg women’s field hockey team has been very impressive as of late, with a 6-2 in-conference record. This week, on Oct. 19 the women hosted McDaniel at Scotty Wood Stadium for senior night. The game was a double overtime thriller, finishing with a final 1-0 score in the Mules’ favor. The only goal was scored by Steph Rydgren ‘19 and was assisted on by Morgan Tietz ‘21. This victory was crucial towards the Muhlenberg postseason hopes, as it officially clinched them a playoff berth in the Centennial Conference tournament.

After securing a playoff berth, goalie Jordan Segrave ‘19 was thrilled about the excitement surrounding the team now that they clinched a spot in the postseason. “It feels great. I am so proud of this team. From how we started to how we are finishing shows the immense progress we have made over the course of the season,” Segrave said when asked how it felt to finally make the postseason. The Mules started off the season 0-4 in out of conference play, but since the start of conference play have been a totally different team. They have been completely focused on translating their talent and chemistry into wins.

“We have been focusing a lot on scoring, recovery, and communication. We have been dedicating ourselves to these aspect of the game in practice, which have definitely helped lead us to success,” Segrave said when asked how the team has prepared for this moment during the season.

Lastly, Segrave was asked about the team’s expectations going into the conference tournament. “We are in it to win it. The Centennial Conference is a tough conference no doubt, but it can be anyone’s game on any given day. It’s whatever team shows up to play that day. I think as a team we know what we need to do to win and we are ready to bring it,” she said.

The Mules still have two conference games left of their season, before they will participate in the Centennial Conference tournament. They will host Swarthmore on Oct. 24th and travel to Washington College on Oct. 27th. It is an exciting time to watch a team that seems to be firing on all cylinders, and is poised to make a historic playoff run.