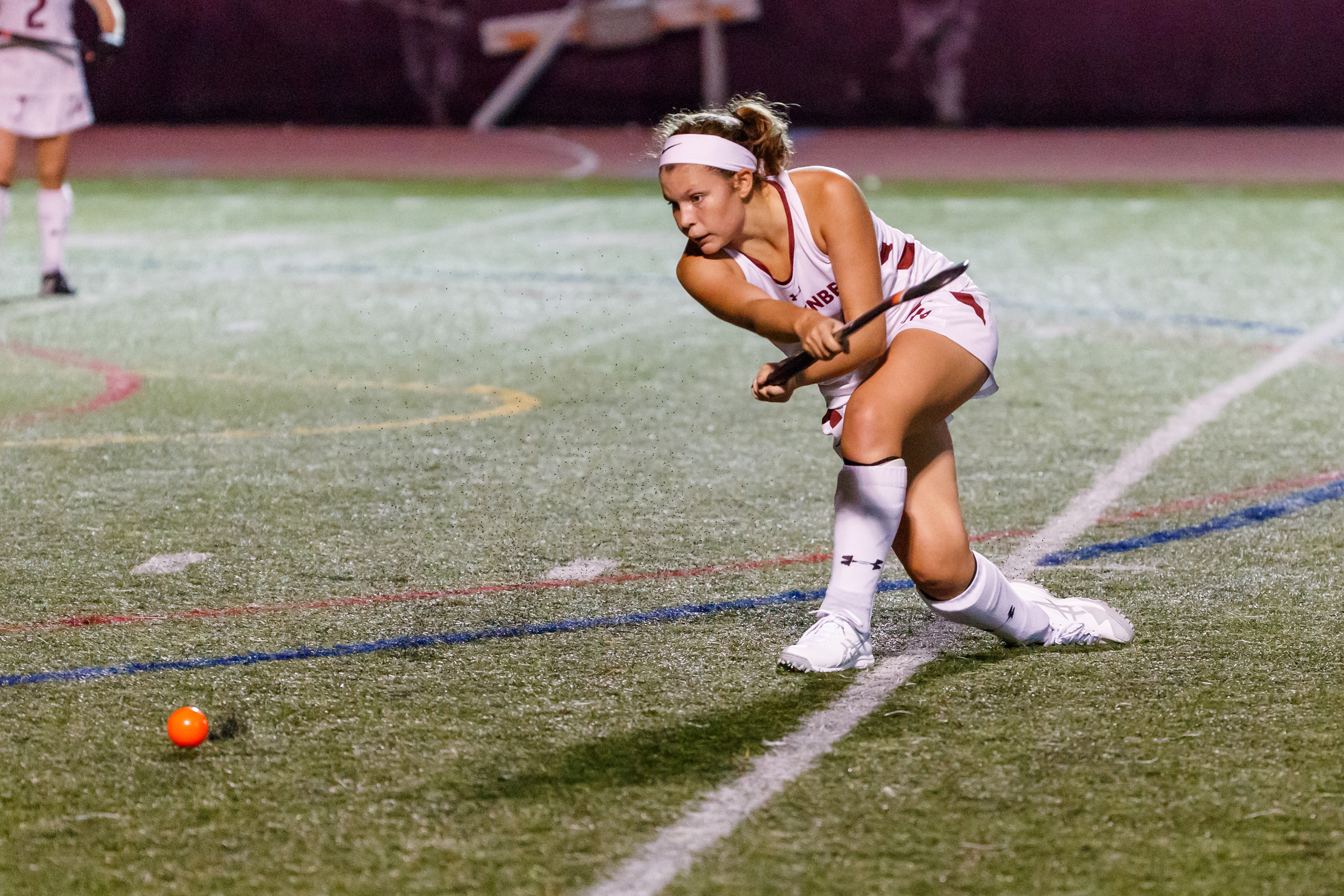 This past Friday, the Lady Mules traveled to Montclair, New Jersey, to face the 16th ranked Montclair State University.  Having had a stellar season so far and equipped with one of the best defenses in all of Division III, Muhlenberg traveled to New Jersey full of confidence.  Posting a 7-2 record prior to the game, Muhlenberg led all Division III teams in shutouts throughout the year. In fact, amazingly, all nine of their games resulted in either the Lady Mules producing a shutout or getting shutout by their opponents. That statistic finally changed on Friday, as Muhlenberg lost with a heartbreaking 4-3 on penalties.

Muhlenberg opened up the scoring in the second quarter, when Rachel Richards ‘21 scored off a penalty corner assisted from Morgan Tietz ‘21, who also assisted the second goal from a penalty corner. That goal was scored by Sarah Raab ‘22, who remained positive after the close defeat.

“They were a top 20 team in the nation, and for us to win we had to play our best for all four quarters,” said Raab. “We came out with a bang but throughout the game gave up too many defensive corners, and that’s what led to our loss.”

Other than the defensive corners Raab mentioned, which Montclair State had a whopping 14-5 advantage in, the stats for the two squads were eerily similar. Each team put up seven shots on goal, with each goalie saving four.  Muhlenberg led 3-1 late in the third period, but a goal at the end of third and start of the fourth for Montclair squared things up.

Two overtime periods could not separate them either, so the opponents went to a penalty shootout. Goalie Jordan Segrave ‘20 did a fantastic job of giving her team a chance, saving 3 of 4 in the shootout. However, the Lady Mules failed to convert any of their penalty shots to goals.

Despite this gut-wrenching loss, Raab is not concerned about her team’s outlook on their remaining schedule. “We are on a winning streak in the conference, and as we play two conference teams this week, we are confident that we can keep that streak going,” Raab explained. “We played a hard-fought game throughout the whole four quarters and the two overtime periods, so the fact that we lost in shootouts isn’t very frustrating, since we knew that we gave it our all.”

The Lady Mules (7-3, 2-2) are still in good shape with a great chance to make the Centennial Conference playoffs. Over the next three weeks, they face four conference opponents, and the confidence they have built from playing a ranked opponent so close should help them succeed. While Mules’ confidence is rising, their mindset has not changed, as Raab attests that the team is just focused on a good week of practice. “In practice this week,” Raab said, “we are focusing on communicating more as well as our small pass game to prepare for Bryn Mawr and Johns Hopkins.”