The Muhlenberg wrestling team has fought their way to an impressive 16-4 start to the season, not to mention the fact that they have yet to lose a game in conference play.

While two losses on Feb. 1 to Roger Williams and SUNY Brockport in Worcester, Mass. might have put a slight damper on the Mules’ momentum, they have been all business this season, consistently dominating their opponents on the mats. Before Saturday, the wrestlers were sporting a ten game winning streak. The team’s success can, in no small part, be attributed to the continued growth of many of the team’s younger players. One such example is Luca Colestock ‘22, who won both of his matches on Saturday, catapulting him to a staggering 18-0 record this season. Others who have impressed this year include Gregory Baum ‘22 and Angelo Mahaffey ‘22, who are sporting respective individual records of 7-3 and 7-1. For many, the team’s prosperous fortunes boil down to “hard work and putting in the necessary time and effort on and off the wrestling mat, and that’s something I could say the same about a number of my teammates,” as Colestock put it. The group’s collective commitment to their sport has seemingly put them in a league of their own and enabled them to pin their opponents with ease all season long.

It is not by coincidence that the underclassmen have taken such a great leap forward. From the time they arrived on campus, they have been at a strong advantage in that they have been guided by the team’s veterans, who have led by example both in and out of the fieldhouse. Veterans such as Austin Sherman ‘20 and Dylan Schwartz ‘20, who had a season long winning streak of his own in Worcester, both have long demonstrated their strong work ethics and fine leadership skills.

In spite of all of their achievements, the Mules still have what is likely their biggest challenge yet ahead of them. The group is less than two weeks away from hosting the Centennial Conference Championships, where they will surely be looking to secure a first place finish. This should provide extra incentive for the wrestlers to zone in and push themselves to the brink, an astonishingly difficult task when balancing academics and athletics. “We just need to keep working hard and stay accountable for ourselves and one another when it comes to getting those extra workouts in. At the end of the day, it’s just another tournament, and I think we’ll all do our jobs if we just go out and wrestle hard,” Colestock added.

Another pivotal factor in the group’s collective and individual success has been the man at the helm. Coach Jason McLean ‘01 and his staff have worked hard to ensure his team’s preparedness from both a mental and physical standpoint. “[We are] just staying the course and believing in the work that was put in over the offseason as well as where we left off last season,” said McLean. He also insinuated that a large part of his responsibility entails making sure the team stays motivated and knows where their priorities lie. He is keenly aware that if the wrestlers want to prepare in the most adequate way they can for the 15th, it means they have to be the best. “Overall, [we are] doing whatever it takes to be successful and believing we belong and deserve success and to be on top. Doing things the right way off the mat is every bit as important,” he continued.

The coaches have also been working with players on an individual basis and emphasizing that the individual nature of wrestling means that, as a team, they can only be as strong as their weakest link. “The message that Coach keeps replying to us is that we just have to believe in ourselves and good things will happen.,” said Dylan Schwartz.

Good things will surely happen if the entire group can stay on course as they work their way to the CC Championships on Feb.15 at 10 a.m. 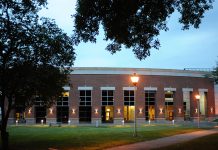 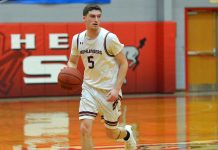 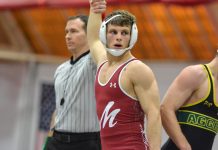