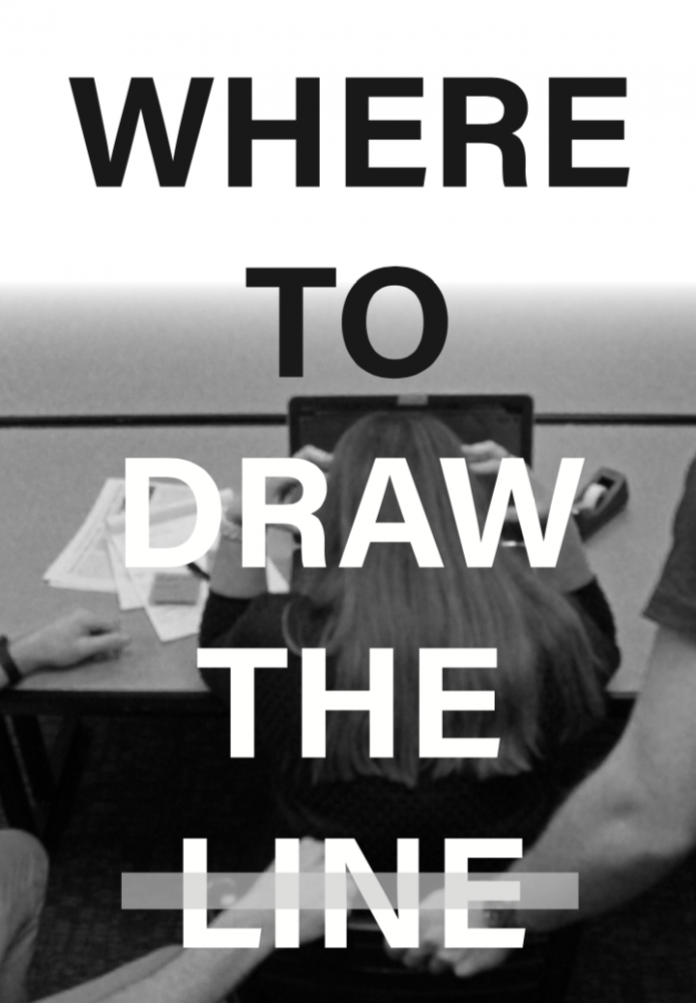 Everybody, including you, knows that one person on campus. The person that tells jokes that are over the line, is a little too touchy feeling, compliments things that you’d rather they didn’t notice, makes you squirm when you see them walking down the same sidewalk. To them, it may be normal behavior but it makes you uncomfortable. For you, it’s not a joke or just being friendly — it’s harassment.

Yet when students were approached at random what they thought of how the school handles incidents of sexual harassment, many students were unable to answer.

“I don’t really know much about how the school handles sexual harassment here,” said Sara Kalet-Schwartz ‘21.

“I’m not really familiar with it but I think there’s always room for improvement, I guess,” said Kayla Niemasz ‘20.

“I’m not very familiar with the way they handle anything, so I don’t think I could answer that,” said Elijah Ackerman ‘18. A group of students huddled around a table echoed the same sentiment saying, “We don’t know anything. We don’t know enough about that to answer.”

Only one student, Alexis Pellechio ‘18, was able to give a more holistic answer: “I have heard many students state that they wish the school would take a hard stance against sexual harassment on campus and work for the victim. I have heard of many instances where victims were made responsible for their own comfort and safety on campus, while perpetrators were allowed to continue with their normal lives on campus, even if it meant they continued to harass other students.”

When the statistics from the National Sexual Violence Research Center say that one in five women and one in 16 men are sexually assaulted while in college, it is disconcerting that students aren’t more aware of how cases of sexual harassment or assault are handled by their own administration.

According to an interview from last semester with Lee Kolbe, the Director of Title IX initiatives, sexual harassment is difficult to define, and pursue. If an incident is “persistent or pervasive” it can be pushed for further investigation and possibly a trial, said Kolbe. However, “a one-off incident, if it’s not severe, would not rise to the level of harassment under Title IX.”

Muhlenberg’s website features a Sexual Misconduct Form where incidents can be reported online. It also urges students that, in an emergency, they should not complete an online report but rather immediately contact Campus Safety, the Dean of Students or the Director of Title IX.

According to the Policy Statement on Discriminatory Harassment, “the College expressly prohibits any form of unlawful harassment of its employees or students” and that “sexual and other forms of discriminatory harassment are unacceptable conduct and will not be tolerated by the College.”

While there is a formal process, the issue is that it is not well understood or nuanced enough. While the official policy says any conduct that is deemed harassment will not be tolerated, Kolbe says not severe, one-off incidents — whether or not they fit the definition of harassment — are not labeled harassment and, thus, formal action cannot be taken. This gray area is the issue.

Without a universal system for understanding what to do in these situations and how to address a person who, given the benefit of the doubt, doesn’t understand what they’re doing wrong, real action is difficult to take. Campuses are where these conversations should be happening, while soon-to-be-adults are learning how to behave in society.

Sexual harassment, as unfortunately common as it is, is a topic that is difficult for many people to discuss. It makes people uncomfortable, but remaining ignorant or looking at the issue through rose-colored glasses will not bring about change.

Now, a bill in the Pennsylvania House of Representatives looks to amend the Uniform Crime Reporting Act by requiring colleges to not only educate the community about the risks of sexual assault but also to submit annual reports on sexual assault on campus. If passed, the act could transform crime statistics for colleges, which currently do not have to include sexual harassment or assault as part of their reporting, which could significantly impact how they are perceived by prospective students.

For current students, it may offer peace of mind that their voices are heard.

When asked whether or not they would feel comfortable reporting a sexual harassment or assault incident to the college’s administration, there were mixed responses. Some said yes, others said it depends on the circumstances, others, like Kalet-Schwartz and Niemasz said no outright.

Pellechio agreed with the two women. “Personally, I would not feel comfortable because I am unsure of how well the case would be handled. If the school were to instill confidence in me that they can effectively manage a case of sexual harassment, I may be more inclined to report it.”

Concern over how these incidents are handled is warranted. A student, who asked that their name not be used, expressed concerns that arose during a study abroad pre-departure meeting. According to the student, when covering issues of safety abroad, the topic of sexual harassment and/or rape came up and the response from those running the meeting was essentially to not report because it would inconvenience their travelling or education abroad. It left the student unable to trust the department as well as unsure of who to contact if something were to happen.

The Office of Global Education and Study Abroad could not be reached for a comment before publication.

When asked how they would define sexual harassment, all of the students polled unanimously agreed that it involved consent, or lack thereof. But consent is not always required for conversations and interactions, and the divergence into the gray area covered above is the problem.