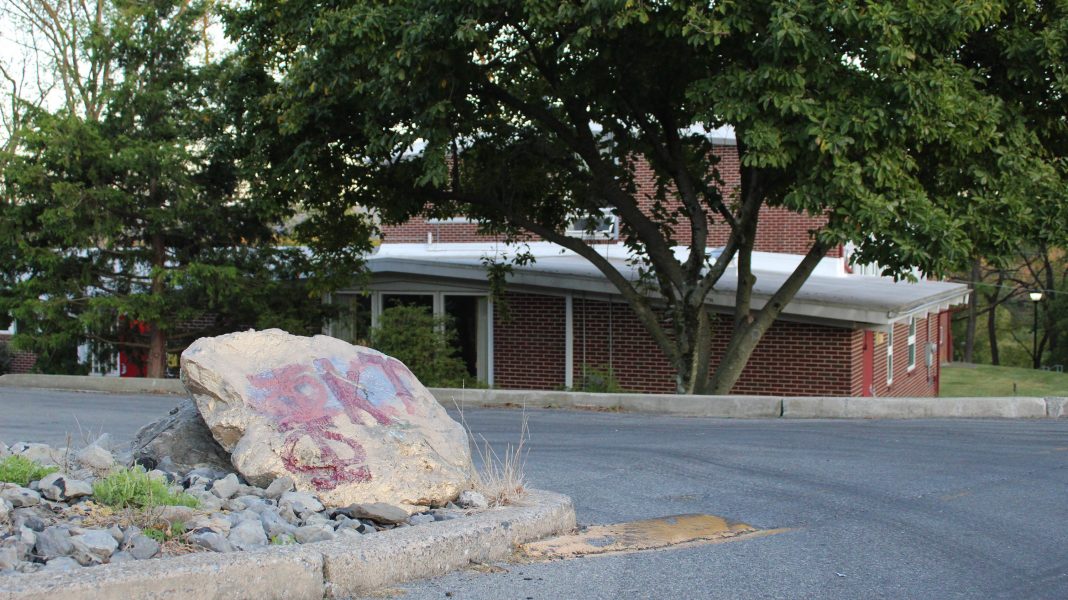 In August, Muhlenberg announced the decision to allow two fraternities, Alpha Epsilon Pi and Phi Kappa Tau, to return to campus. The former has already accepted new members this semester, and the latter will be returning to campus in the spring semester. The college is also in conversation about bringing Alpha Phi Alpha, a historically black fraternity, to campus.

“This expansion, to some extent, was also focused on further diversifying our system,” explained Dean of Students Allison Gulati.

“With the removal of one fraternal organization during the fall 2017 semester, I was quickly approached by students with an interest in organizing a new fraternity,” said Dutton. “Late in the spring semester of 2018, a survey went out to all rising sophomores, juniors and seniors. Of the approximately 1,600 students that received the survey, 536 students responded, with 68 percent in favor of fraternity expansion. This included feedback and support across all gender identities and affiliated and unaffiliated members for the fraternity and sorority community.”

In the survey, students listed a variety of reasons for supporting the expansion, such as community building, more philanthropic service opportunities and an increase in Greek life diversity.

Dutton also detailed the process of determining which fraternities would be returning to campus.

“Invitations were sent to 10 fraternities that were either previously recognized on campus [or] have a strong historical and national reputation to apply for recognition,” he said. “Of those 10 invitations, seven fraternities submitted application materials. The Fraternity and Sorority Life Committee narrowed down that list of applicants from seven to five organizations. During the spring of 2019, all five of those organizations came to campus for a day-long interview, meeting with faculty, staff and students. After the interviews, the Fraternity and Sorority Life Committee comprised of faculty, staff and students evaluated each of the fraternities’ written materials and in-person interviews.”

Some of the factors that the fraternities were evaluated on include risk prevention efforts, financial membership obligations, diversity in membership and community engagement.

Alpha Epsilon Pi, a Jewish fraternity, and Phi Kappa Tau were eventually chosen to return for a variety of reasons.

“Both of these organizations have been represented on campus in the past. Both of these organizations have strong international organizations and a strong alumni base to offer guidance and support for the undergraduate members,” said Dutton. “As a historically and culturally Jewish organization, Alpha Epsilon Pi provides an additional opportunity for students [who are interested] in the Jewish culture and/or identify as a member of the Jewish community to join a life-long values-based organization. Phi Kappa Tau, in addition to excelling in all areas of the evaluation, provide a lower introductory cost than any of the other organizations that were in consideration. Offering cost-effective opportunities for growth to our students is a high priority. Phi Kappa Tau can do that.”

This will not be Phi Kappa Tau’s first time on campus. Muhlenberg’s initial chapter was the seventh oldest in the country and was chartered in 1914. PKT was removed from campus for the first time in 1994, with Jeff Gelman reporting in The Muhlenberg Weekly on the reasoning. The fraternity lost their charter for three years as a result of supposed hazing and incidents of underage drinking. In one reported hazing incident, a member of Campus Safety reported seeing “a group of guys doing squat thrusts at four in the morning.”

In 1998, after all of the original members of Phi Kappa Tau had graduated, the fraternity was rechartered at the college. However, it was removed again in 2013 after another hazing incident, this one involving food, in which a student had to be taken to the hospital.

At the time, College President Peyton Randolph Helm released a statement saying, “I’m disappointed that Muhlenberg had to pull recognition from PKT, especially since I overturned the fraternity’s suspension six years ago and gave them another chance. Unfortunately, the brothers have, over the past several years, repeatedly violated College policy and Pennsylvania law forbidding hazing — even [after] many promises to end hazing and even after the brothers had the law explained to them and signed a pledge that they would abide by it…We simply cannot recognize an organization with a history of putting our students at risk.”

Dutton explained how fraternity housing will be organized with the return of the two new organizations.

“Social Greek Organizations and housing are perceived to go hand-in-hand, but that’s not always the case,” said Dutton. “As of today, there is no timeline set to provide housing for either organization. Phi Kappa Tau does already own property on campus, the Hillside House. However, that’s currently leased to college and will remain that way for the foreseeable future.”

Jacob Halpern ‘22 is a new member of AEPi and explained why he chose to rush that fraternity.

“I decided to rush AEPi over any of the other fraternities on campus, including the other Jewish fraternity ZBT, because I thought this was my best opportunity to leave a positive lasting impact on the Muhlenberg community and social life on campus,” said Halpern. “Last year I was not sure I was going to rush, but right when I heard AEPi was coming back to campus, I got very excited. Having the opportunity to be one of the founding class members of a new Jewish fraternity was convincing for me.”

While the college has undertaken a fraternity expansion, Dutton explained why Muhlenberg is not looking to add any more sororities to campus.

“I think it’s important to note that processes for adding social Greek letter organizations vary greatly depending on their national affiliation,” says Dutton. ”[North American Interfraternity Conference] organizations, of which our Interfraternity Council (IFC) fraternities are members of, have very different processes to allow for expansion. Our Collegiate Panhellenic Council sororities, a part of the National Panhellenic Conference, have their own set of policies related to expansion…which does not allow for Muhlenberg to add any sororities at this time. Similarly, Alpha Phi Alpha Fraternity, Inc. is a member of the National Panhellenic Council, which, like the other umbrella organizations, has a different set of guidelines and policies for expansion.”

In regards to the potentially historic move of bringing Alpha Phi Alpha to campus Greek life, Dutton said: “The conversations remain extremely positive between the organization and the College and I’m hopeful that we will soon recognize Muhlenberg College’s first historically black fraternity on our campus.”