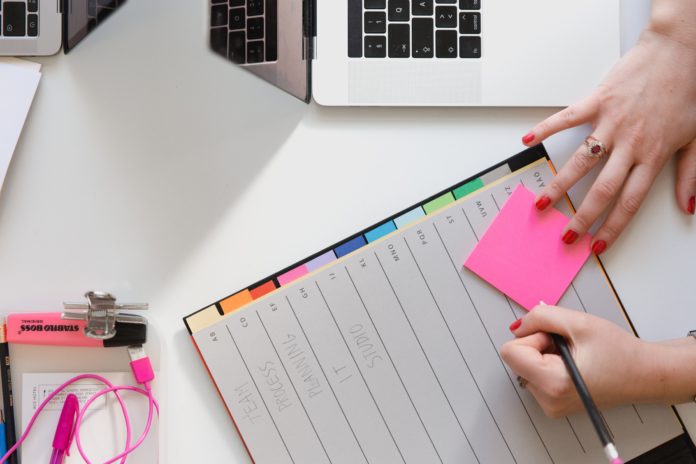 You glance at the clock, which you now regret because it cost you two whole seconds, and there is no time to waste. The section started 33 minutes and 17 seconds ago, giving you exactly one minute and 47 seconds to finish. You still have an entire passage to go. The oxygen in the room has been replaced by pure tension, making it harder and harder to breathe. By the time you see that 15 seconds are left in the Reading section, you bubble in C for the remaining eight questions. At least one answer must be C, right?

This is what happened to Olivia (all singular first names are pseudonyms), a Muhlenberg student who decided not to submit her standardized test scores. Sitting in the back of a Toyota Camry on Route 22, I learned that Olivia has a strong opinion on whether or not standardized test scores are an accurate reflection of high school performance.

“No, 100 percent no. It’s a stupid thing that you have to do it because I worked really hard in all my classes and had a really good GPA and this test is all just based on one day. It might not be a good day for you. It doesn’t show anything about what you’re going to end up doing in college or your preparedness,” said Olivia.

“That doesn’t show your abilities. It’s just showing how fast you can get through something,” said Olivia.

It’s no wonder, then, that parents spend so much money on tutors to teach their children the tricks of the test.

“They don’t really teach you as much information, they teach you how to take the test,” says Charlotte Smith, a high school junior quoted in her school newspaper, Redwood Bark, in 2014. “They teach you strategies, like which one to skip, how confident you should be if you want to guess.”

If students must learn the ins and outs of the exam rather than the content itself, what exactly are standardized tests measuring? Is a student who receives a 32 on the ACT inherently smarter than a student who receives a 27? William Hiss, the former dean of admissions for Bates College, led a study that tracked the grades and graduation rates of both students who submitted and did not submit test scores over several years. He found that there were no statistically significant differences in college performance between the two groups. So many factors go into a student’s standardized test score that it is nearly impossible to determine if a score is due to extensive (and expensive) tutoring, individual testing difficulties, or other personal or external factors.

Additionally, nearly 38 percent of students who are tutored in either standardized test taking or academic courses pay between $51 and $100 an hour, 16 percent pay between $101 and $150 an hour and nearly 12 percent pay over $150 an hour. Perhaps the exams really just test how much money people are willing to spend to be the best.

The ACT defines college readiness as, “the acquisition of the knowledge and skills a student needs to enroll in and succeed in credit bearing first-year courses at a postsecondary institution… without the need for remediation.” However, it is unusual for entry-level college courses to require students to find the hypotenuse of a right triangle or determine the word that another word “most nearly means” given the context. And they are unlikely to require such thinking at the rapid pace of a standardized test. In fact, students who are only able to think in such abstract ways and, perhaps, are unable to supply real-world knowledge, may be the least prepared for college, as content becomes much less theoretical and more tangible at the college level.

I am surrounded by the loud whirring of an espresso machine and the clicking of keys on keyboards as I sit in Java Joe with Eliana, a current political science major at Muhlenberg. Eliana has a very specific learning disability that inhibits her from doing well on the math and science sections of the ACT exam.

“I have a nonverbal learning disability,” says Eliana. “So I have no comprehension of visual information whatsoever. I can’t read any graphs, maps, charts…anything presented to me visually, I don’t understand.”

Nonverbal learning disabilities could be thought of as “the opposite of dyslexia,” according to Scott Bezsylko, executive director of Winston Preparatory School, in the article “What is Non-Verbal Learning Disorder?” Therefore, interpreting graphs, like those presented on the ACT in 2016, is an extraordinarily challenging task for students like Eliana.

“And do you think scores on that have affected anything you’re doing here in college?” I ask Eliana in regard to sections on the ACT that involve interpreting visual information.

“No, I… no. They have no effect,” Eliana stutters. Her gears turn as she searches for the right words to explain. “They have no effect. I applied test optional here and I have not noticed any difference in my life versus my friends who did well on these tests.”

“Do you think the way it’s timed is fair?” I pose.

“No, but I had six hours or something to take [the test] because of my issues. But I don’t think the way it’s timed is fair for my friends who did not have it because they were more rushed. They were more focused on getting the questions done than actually thinking about it. So, it’s like, not only are you testing us on information that’s hard, but now you have to think in a minute to answer these questions.”

As a final thought, Eliana adds, “Also, I have pretty bad test anxiety. So, it’s like… I just don’t think it’s fair to people. I don’t know… there are a lot of issues.”

Not all schools, however, emphasize standardized test scores when admitting students. Eric Thompson, an admissions officer at Muhlenberg, explains that there is a difference in how large universities weigh test scores versus smaller schools.

“Smaller schools often have the chance to invest time in getting to know their applicants, while larger schools may make choices based more specifically on a student’s academic history,” Thompson explains. “In the Office of Admissions, we take a holistic approach in reviewing applications to attend Muhlenberg. Test scores (or choosing not to submit scores) is just one of five or six areas we consider when making an admissions decision. If students submit test scores that are at, or above our mid-range scores, that is seen as a positive component of their application. If they apply test-optional, we will read a graded paper to see if they are prepared to write on a college level. I think we classify the test score piece as an important part of the process, but an admissions decision is not solely based on standardized test scores (or a graded paper).”

But for those who are thinking of skipping the test, they may find their merit aid impacted since many schools use standardized tests as a means to distribute money.

“There is a reflective relationship between test scores and merit aid,” says Thompson. “Merit is determined on a case-by case basis, but typically students who have strong GPAs and standardized test scores will see higher merit awards. In addition to merit scholarships, if a student qualifies for one of our four honors programs, that also comes with a $5,000 merit award per year. Students who do not submit test scores are not eligible for merit scholarships. Test-optional students can, however, apply for financial aid or try for a talent scholarship in Theatre, Dance, Music, Visual Art or Film.”

But what about a test-optional student who does not qualify for financial aid? What if this student is not skilled in the arts? Perhaps a student has the same skill level as another student who scored significantly higher on the SAT, but one student could afford private tutoring while the other could not. Just because a family makes a salary high enough to be exempt from financial aid does not mean they could afford to pay $60,000 annually on education. Additionally, three of Muhlenberg’s four honors programs (Dana Scholars, Muhlenberg Scholars, and RJ Fellows) require test scores of at least 1350, so they are completely out of the question for any student who goes test optional or a student who is completely qualified for college honors programs except for their test scores.

If the content on these exams does not reflect college material, speed is tested rather than critical thinking and intelligence, and higher scores can be achieved by spending more money, what’s the point? Why does Muhlenberg, along with many other institutions across the United States, grant more money to higher scores when they clearly do not reflect what they are intended to? Why do some schools place so much emphasis on not just merit aid, but accepting a student at all, based on test scores?

Perhaps college admissions are aware of the correlation between money spent on standardized tests and scores and use this to their advantage. If parents paid so much for their children to make it to top schools, surely they are willing to give those schools the same benefit.

Or perhaps schools are simply afraid to move away from their traditional admissions strategies.Should standardized tests be completely omitted? Are students like Olivia and Eliana truly less deserving of merit aid than a student who decided to click the “send” button on their scores? Why have these exams become a race? Is it all about the money? The statement believed to be said by Albert Einstein sums up standardized testing perfectly, “Everyone is a genius. But if you judge a fish by its ability to climb a tree, it will live its whole life believing that it is stupid.”