Last week, Facebook was flooded with reactions from Muhlenberg students about several new proposed Academic Policy changes. As such, an understandable amount of confusion has arisen towards the actual content of these proposals.

On Wednesday, Mar. 22 at the weekly Student Government Association meeting, Curtis Dretsch, Chair of the Academic Policy Committee, and Kathy Harring, Provost, gave a presentation that shed light on the realities of the proposed policy changes.

The Policies Broken Down:
As the proposed amendment stands there would be 2-3 main changes to Muhlenberg’s academic policy. These changes are as follows:

What is the APC (or Academic Policy Committee)?
As described by Harring, “[the APC] committee is comprised of elected faculty members and two students.” They oversee the academic life at Muhlenberg.

What brought on the proposed decreased number of credits necessary to graduate?
As described by Provost Harring: “The number of course credits required to graduate was already a topic of desired discussion for the committee. Most of the comparable institutions to Muhlenberg (ie Bucknell, Dickinson, F&M, etc…) have 32 unit graduation requirements, whereas we have 34. Many of [our students] are restricted in what units you can take beyond 34… Our Goal was to look at the situation and see if they want to stay there.”

The integrity and character of the academic life of Muhlenberg will not be drastically changed if these policies are implemented. Instead, the policy changes would alter the process of how we do certain things (like registration), not the actual things themselves.

Most of these elements in the proposed policy changes would not apply to the students currently enrolled at the College. Please also note that all of the proposed policy changes are still under review, and further discussion within the committees will resume in April. The Weekly will continue to update students on any further developments to the policy. 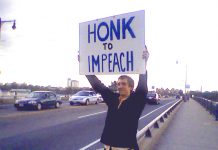 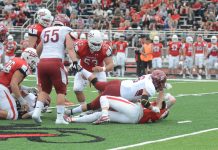