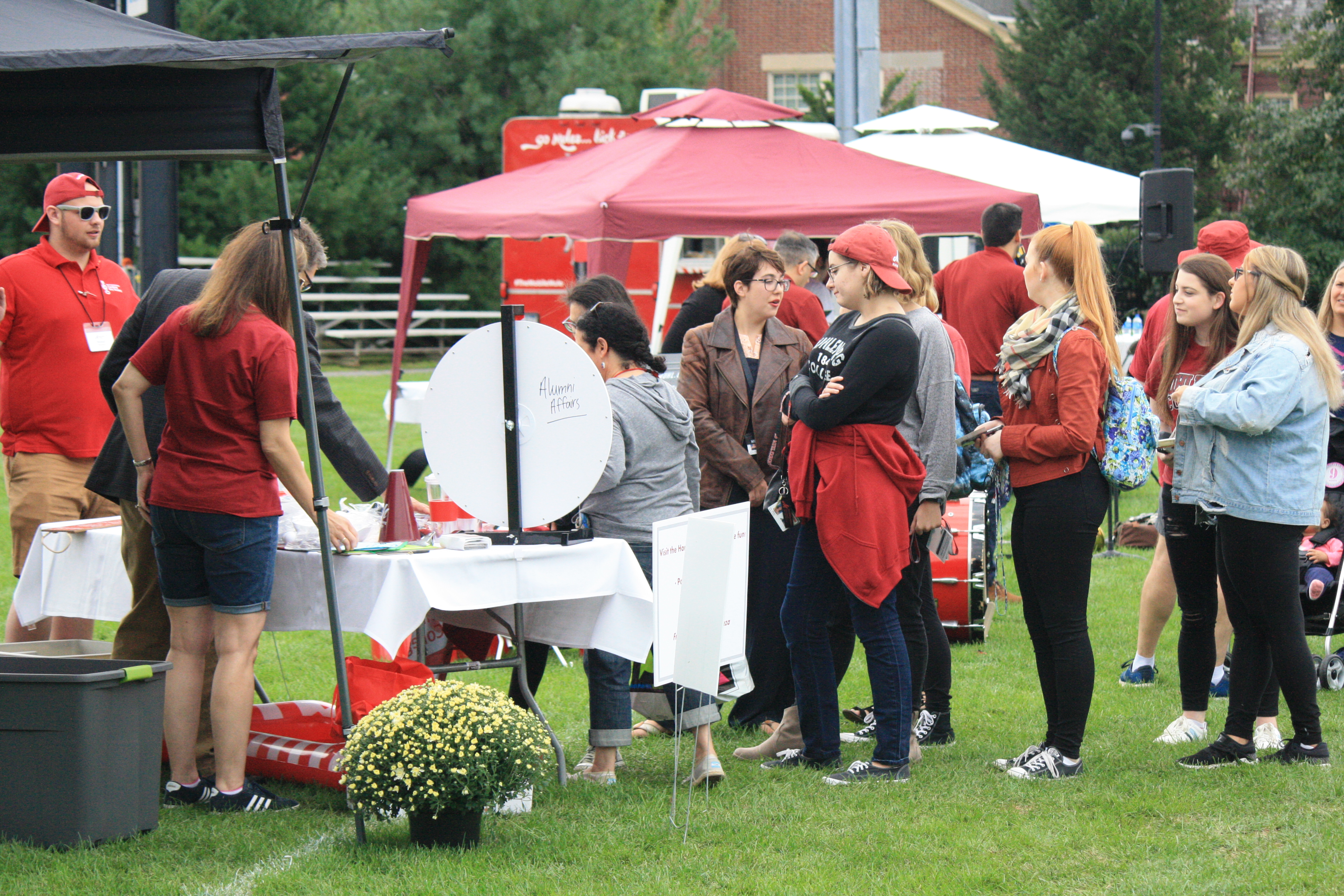 In accordance with Muhlenberg’s updated alcohol policy, the college held its first Tailgate Program for students and visiting alumni on Saturday, Sept. 22 on the soccer practice field.

With a petting zoo, a walking magician, student performances, inflatable lawn games/slides and the football homecoming tailgate, there were plenty of options for entertainment, including alcohol for those over the age of 21.

The student alcohol policy was updated this semester with the goal of giving students the option to indulge in campus social activities with alcohol. The college also developed an easier procedure for student groups to request a hosted event with alcohol with the Application to Serve Alcohol form.

Muhlenberg is not a dry school–it complies with federal, state and local laws governing alcohol consumption. Muhlenberg’s alcohol policy states that students over the age of 21 are legally permitted to drink on campus in the privacy of their rooms. However, the city regulations in Allentown do not allow open containers of alcohol in public places even if you are old enough to legally drink. Open containers are only allowed at school-run social events, such as the tailgate.

So, at Saturday’s tailgate, students over the age of 21 were allowed to bring unopened beer (6-pack per person) or up to a standard (750 ml) wine bottle. The event was fenced in with security guards patrolling the premises and all students had to show their Berg ID upon entry. The tailgate was packed with free food for the students provided by the College, student organizations, the Muhlenberg pep band, inflatables, lawn games and alumni.

The event was well attended by alumni with 450 in attendance, according to Diana Tirendi, Senior Associate Director of the Alumni Affairs office. However, the student body seemed to be lacking.

“Roughly about 100 students out of 2200 in the student body went to the tailgate,” said Ellen Lentine, the Associate Director of Student Engagement.

“The tailgate had great energy, but as a senior, I wish the school started doing these types of social events earlier and marketed the event more because there were not as many students as I thought there might be,” said Lily Glading-Dilorenzo, ‘19.