Before first-year students even arrive at Muhlenberg’s campus, they’re tasked with the question: do I want air conditioning and a bigger room in Walz, or do I buy a fan small enough to fit in Prosser? While they sweat it out for the first couple of weeks of school, the Office of Residential Services is hard at work scrubbing clean and designing renovations for the hallways of “Dirty Pross.”

“While we can’t do much right now about the physical space and the construction, we can certainly make it feel a little more like home,” said Kathleen Mangold, the Associate Director of Residential Education. “The RAs have a little bit of responsibility in making that happen.”

Jacob Dengler ’20, an RA in Prosser and former resident of both Prosser and Walz, is able to offer a different perspective on the atmosphere of ‘Berg’s most infamous residence hall.

“‘Dirty Pross’ just seems like a term that we use every year and it’s more of just a thing that people who live in Walz say to people who live in Prosser,” said Dengler. “We don’t have air conditioning in Prosser, the showers are tighter and the stalls don’t always seem as clean because there’s more residents on that floor and the other buildings are renovated more.”

Many residents, including Dengler, commented on Prosser’s most notable attribute: “the social dorm.”

“After moving there, it was like ‘wow, this is a social dorm and everyone talks to each other, says hi to each other and people leave their doors open,’” added Dengler. “I wasn’t used to that.”

Aside from the occasional mess on weekend nights, Dengler and resident Caroline Kinney ‘21 both agreed that Prosser isn’t as unclean as its reputation often lends it. As housekeeping and the RA staff continue to fight the war for cleanliness, the topics of air conditioning, accessibility and space are continually brought to the attention of residential staff, as well as the college’s Capital Projects Manager David Rabold.

“We’re in a very preliminary stage,” said Rabold. “The emphasis is on making sure that the freshmen experience is consistent, as positive as can possibly be and matches with what other schools are doing as well.”

Rabold and the ORS staff, as well as other college officials, have conducted numerous tours of the building, gathered the opinions of the ‘Berg community and investigated architects and engineers in the hope to get the ball rolling. Rabold explained that “no decisions have been made and all questions are being asked.”

Rabold and Mangold have discussed potential areas of expansion and renovation to the building’s structure. To renovate the building it would cost in the figures of $100,000 a bed or $300 to $325 a square foot which, according to Rabold, is the industry standard.

“Could we put a fourth floor in Prosser? Because of the way the building was built originally, it’s very costly,” said Rabold. “It could take us almost to the point of costing as much as building a new building.”

Emphasis on an elevator, a luxury currently exclusive to Walz, was something that Mangold had stressed.

“Students with accessibility issues as well as their parents should be able to visit all parts of the building,” said Mangold. “I know that is a concern for the whole college and I know it’s all about the money and making sure we have that to really increase the amenities in that building.”

Bethlehem-based architectural firm Spillman Farmer has already been tasked with evaluating the extent and minutia of the renovations after their successful work redoing the Life Sports Center, East Hall and Village. Both Mangold and Rabold drew on the renovations to East during 2013, which converted it from the “least-requested building” to “a more comfortable place to live in general” without compromising the “vintage charm” of the dorm.

Among other amenities, more individual bathroom spaces and kitchens for students with severe allergies have also been discussed. However, as to no surprise, the question of ‘where’ inhibits the swift construction of any external amenities.

Currently, the Master Plan is in draft form. Senior staff intend to present the Plan to Buildings and Grounds as well as the Board of Trustees near the end of October and adjust the plan based on feedback. A final run in January will hopefully bring approval to the Plan and fundraising and development soon after, with drawings and construction potentially starting as early as the end of 2018 or 2019.

While Prosser’s charm adds a unique dynamic for everyone running the gauntlet of freshmen year, the Muhlenberg community may be remiss to ignore its need for thorough improvements. The “big ideas” that Mangold and others have been organizing are undoubtedly a big undertaking, but as they get the ball rolling, student and community feedback will continue to drive the aim of the transformation. An equal playing field of options for incoming students and the comfort of air conditioning might even help to improve the general cleanliness of good old “Dirty Pross.” 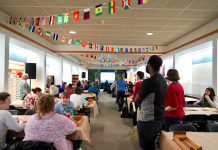 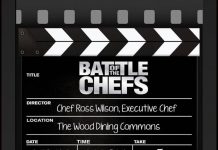 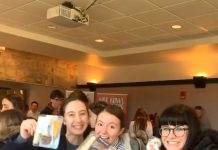