The sorority houses of Delta Zeta, Phi Mu, Phi Sigma Sigma and Alpha Chi Omega represent Muhlenberg’s four present day sororities. However, the notion that such sorority houses possess inherent limitations due to an alleged ‘brothel law’ is a myth perpetuated across our campus.

Notably, such an actual law or policy related to such a designation for sorority housing on our campus does not exist — substantiated by our campus policy, the Allentown land ordinances, the state of Pennsylvania and the National Panhellenic Conference.

Active sorority members on our campus are aware of the propagation of this myth. Kim McCarty, ‘17, a member of Delta Zeta, described how “I am aware that some of the people on campus and some sorority members think that a sorority house would be considered a brothel if the house had a kitchen and a certain number of women living there. Some people also might think that even just a high number of college women living in a house together would be considered a brothel.”

McCarty added, “I don’t think that everyone in [Fraternity and Sorority Life] at Muhlenberg really thinks about these myths or that everyone has heard about them. I do know that some people that I have talked to have thought that these myths are real laws though. I have also talked to friends that go to school in different cities like in Boston that think these brothel laws also exist.”

An investigation into the source of this myth entailed a thorough inquiry of this policy on multiple levels, ranging from Muhlenberg’s own student guide, Allentown’s zoning ordinances, the state laws of Pennsylvania, and the National Panhellenic Conference’s domain.

Foremost, our student guide does not include such provisions against limitations of a number of females in a sorority house as described by the housing lease policy. This out rules the College policy as a source for this myth.

Furthermore, Allentown’s Zoning Ordinance, whose role is to regulate and monitor land use in addition to preventing overcrowding and unhealthy living environments, does not include any such claims or stipulations specific to sorority housing in its zoning laws.

James Toth, a Zoning Officer for the city of Allentown, declared “There is no ‘Brothel Law’ (limiting the number of women who can own or lease a residence) in Pennsylvania. The Zoning Ordinance provisions on student residences apply without regard to gender.”

“To our knowledge, we know of no scenario in which women are unable to live together in a sorority house because of some outdated law.”

Continuing the investigation, the state laws of Pennsylvania clearly outlaw prostitution in addition to the promotion of prostitution through brothels. Notably, as referenced by McCarty, the myth even crosses state borders, circulating in to other colleges and universities such as Boston.

The next step in an investigation that crossed state lines was to look into the proliferation of this myth on a national level, searching for the remnants of any legal substance that substantiated this university folklore.

The statement from Weatherford reads as follows: “To our knowledge, we know of no scenario in which women are unable to live together in a sorority house because of some outdated law. On some campuses or with some chapters it simply isn’t common practice — or isn’t the chapter’s choice — to operate a chapter house. Many of these organizations host meetings and social functions on university property or elsewhere near campus.”

The propagation of this urban college myth across Muhlenberg’s campus in addition to other campuses nationwide is rooted in no actual law. However, the rapid spread of such circulating myths reminds students to evaluate the sources and history of the information heard on campus, to question, and to not take the words of others for granted. 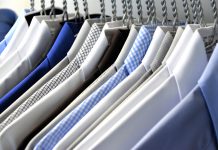 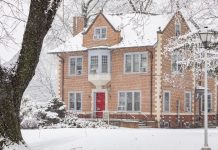 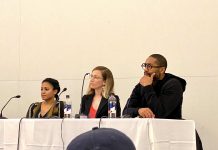