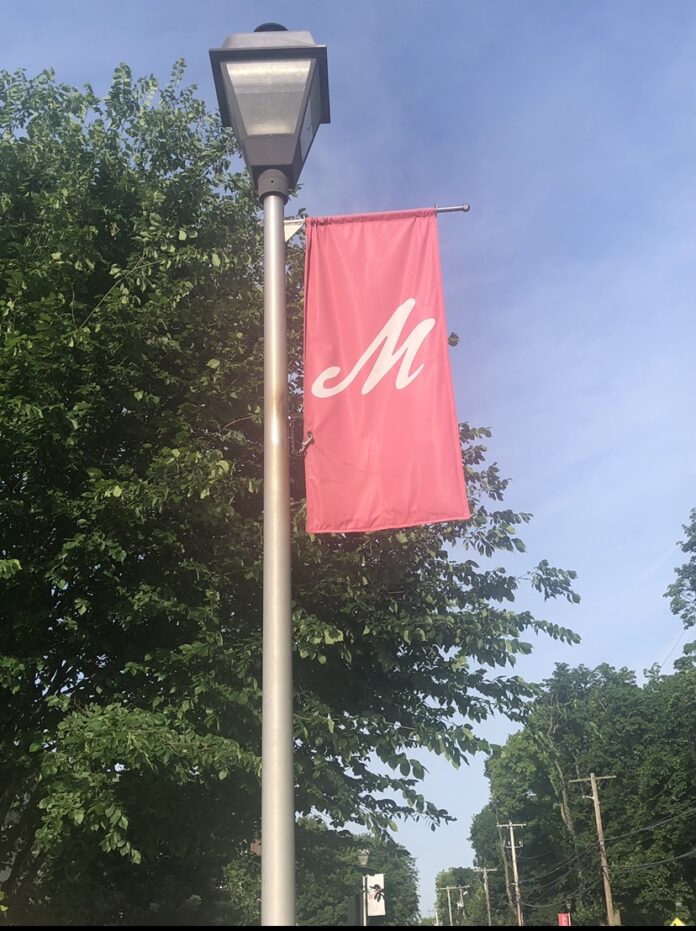 Since the Muhlenberg Theatre Association (MTA) has been operating virtually, it has been a challenge to create social events that members can participate in. However, MTA Social Chair Fiona McGrath ’22, whose role on the MTA Executive Board is to organize social events for members of the MTA, has created a brand-new event to accommodate the virtual environment. This event is the Virtual Play Exchange. McGrath explained in an informational video to the MTA that “we [the MTA] are planning to continue it in person in the future,” but for now, the Play Exchange will be working in a virtual space.”

For the  Virtual Play Exchange, students filled out a Google Form recommending a play for someone to read. They include the title and author of the play, as well as a brief explanation of why they are recommending the play for a more personal touch.. Students did have the option to submit their recommendation anonymously as well. In return for recommending a play, participants will get three plays that were submitted by other students recommended to them via an email from McGrath.

McGrath came up with and pitched the idea of the Virtual Play Exchange to the rest of the MTA Board. She explained that “there was not a lot of enthusiasm around having a virtual semi-formal, which is totally understandable.”

The MTA Semi-Formal is normally one of the organization’s two major events for the fall semester, but since that wouldn’t be happening as usual, McGrath wanted to make sure she hosted an additional event during the semester. She previously had organized the MTA’s traditional Orange-Eating Contest, in which students are put into Big and Little pairs.

“I felt that there was no reason not to, but that it would be good to find something that actually embraced the situation we are in right now with the pandemic, rather than trying to force an event that is just much better done in person,” she said.

This hope led McGrath to work to brainstorm ideas for an event that would lend itself to the virtual format, and she found herself coming back to something she frequently discussed with her friends. “My friends and I have been talking so much about how we really are getting burnt out, being on our computers and devices all day. Your whole social life is online, all of school is online, all your extracurriculars are online.” Even typical break activities like watching Netflix or YouTube are not helpful with burnout since they are just another screen. “So, McGrath adds, “My friends and I have been talking about how we’ve been getting into reading a lot more lately.”

From there, the idea of having MTA members send each other plays to read through a play exchange came quickly. McGrath thought the play exchange “would be a really fun way to keep us all connected and encourage some tech-free downtime.”

When pitching the idea of the Virtual Play Exchange to the MTA Executive Board, McGrath also wanted to make sure options were left open for the event to be hosted in person in the future for students to physically swap plays instead of over a Google Form. McGrath adds that the event was “pretty easy to work on. I have a great assistant, Rowan Joyce [‘24], who helped me in terms of getting the word out, and just was amazing to bounce ideas off of, and if I needed any help with the work, she’s always been there, which has been great.”

McGrath constructed the Google Form, then from those results made matches of people and the three plays recommended to them. “We had a good turnout for people participating. I’m happy that we were able to get so many people involved,” she said.

McGrath has already made the matches, but they will be going out to the participants this Friday via a timed email. “I’m kind of hands-off now, and I’m excited to let the rest of it do its own work and for people to get their recommendations.”

Although this event is a brand-new one for the Muhlenberg Theatre Association, it certainly seems to be the start of a new tradition. McGrath in particular is excited about the event and the sense of community it could bring to the MTA: “I’m really hoping that out of this, people are going to be able to take away a sense of community and that even though the MTA and Muhlenberg and so many different organizations and communities feel very separated right now, that we’re not really, and that we still have this passion for the arts, passion for theatre, and just love for this community that is always present and is going to keep us connected. I’m hoping that people will be able to feel that, and that also people find some new plays that they can get excited about.”