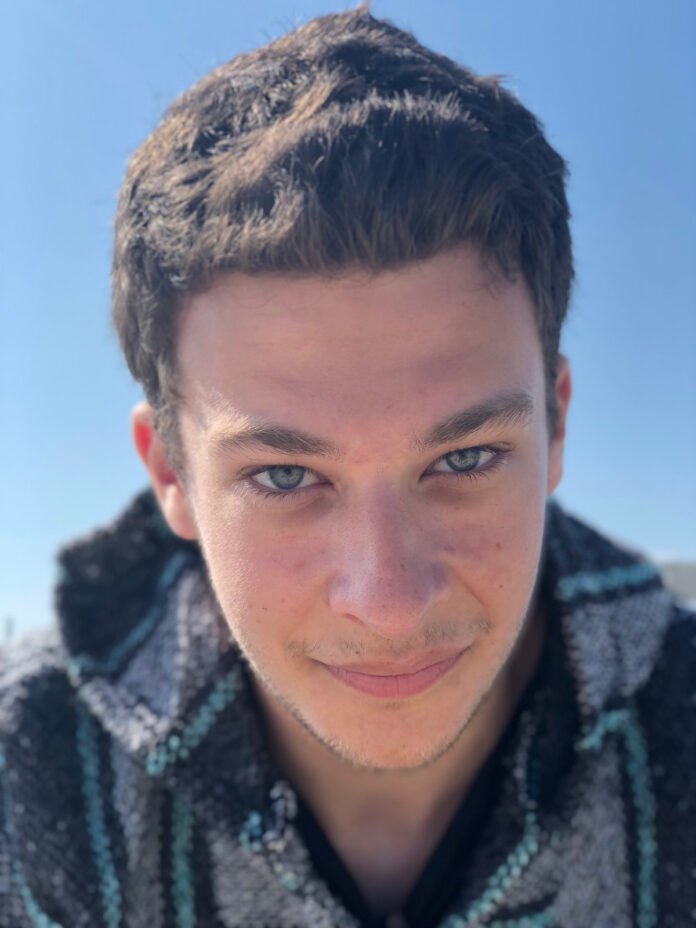 A number of Muhlenberg students who have been dealing with the devastating effects of the pandemic look to the visual and performing arts as a way to cope with and understand the unprecedented tragedy and fear. Will Howitt ‘23 uses his musical and creative talents to share a personal account of the pandemic with the world, and has plans to bring his project to the Muhlenberg stage during the spring 2022 semester.

The piece, an original song cycle titled “Squeeze Her Hand,” will premiere on Mar. 4-5 in the Baker Center for the Arts recital hall at 9 p.m., and will feature the vocal talents of Howitt, along with Nicole Gardner ‘22, Joe Grisanzio ‘23 and Amanda Berkson ‘23. In addition, the Muhlenberg music department is assisting on the production side, and Howitt’s direction on “Squeeze Her Hand” will be assisted by professor of voice Brian Ming Chu and staff accompanist Vincent Trovato.

“I’ve always listened to everything and offered what I could. I think he’s a good apple and that this project will really resonate with people.”

“In May of 2020, my grandma passed away,” said Howitt. “She had COVID, and it was very much a part of the first wave of COVID that the country experienced. And it was a very traumatizing experience. We couldn’t see her. We had to say goodbye to her [on] an iPad. And I was not satisfied with the closure that I received from, you know, the funeral and from our civic halls that we did… She was such a big influence on me and a big influence on my artistry.”

Howitt’s idea is to present four different perspectives on grief that have taken form over the course of the pandemic, which seek to encapsulate the memory of a person that has had a profound impact on these perspectives. Furthermore, in order to create the most accurate depiction of the emotions involved in understanding loss, Howitt recorded a series of interviews with family members, which he explained were “full of raw honesty and emotion.”

When asked about potential next steps for the project, Howitt had a number of ideas and was interested to share and expand upon this work in thought-provoking ways.

Howitt explained, “I would say that one of the things I’m interested in doing is creating some sort of album out of this. I also orchestrate and produce. So, I would be interested in turning this into a sort of album with all the interviews and the songs kind of mixed in together.”

“I truly could not have put this together without the constant support of the entire music department.”

“I am very much looking forward to seeing the final product,” said Josh Brog ‘22, ”I’ve been with Will throughout the process. He’s been very much asking [for] all my advice and all our friends’ advice, and I’ve always listened to everything and offered what I could. I think he’s a good apple and that this project will really resonate with people.”

Additionally, Howitt has been working one-on-one with Andrew Ardizzoia, D.M.A., assistant professor of music and director of composition, on the composition side of the piece, and explained that Ardizzoia has been “an incredible mentor,” and someone he is “incredibly grateful to have on the team” for “Squeeze Her Hand.”

“I want to say thank you to my family for being able to be so open and vulnerable in these interviews,” said Howitt. “They’re very emotional and really powerful, and they’re going to add a lot to the performance. I want to thank everybody who is already involved, all the singers and Dr. [sic] Ardizzoia… I truly could not have put this together without the constant support of the entire music department.”