Home Sports Running through the rain 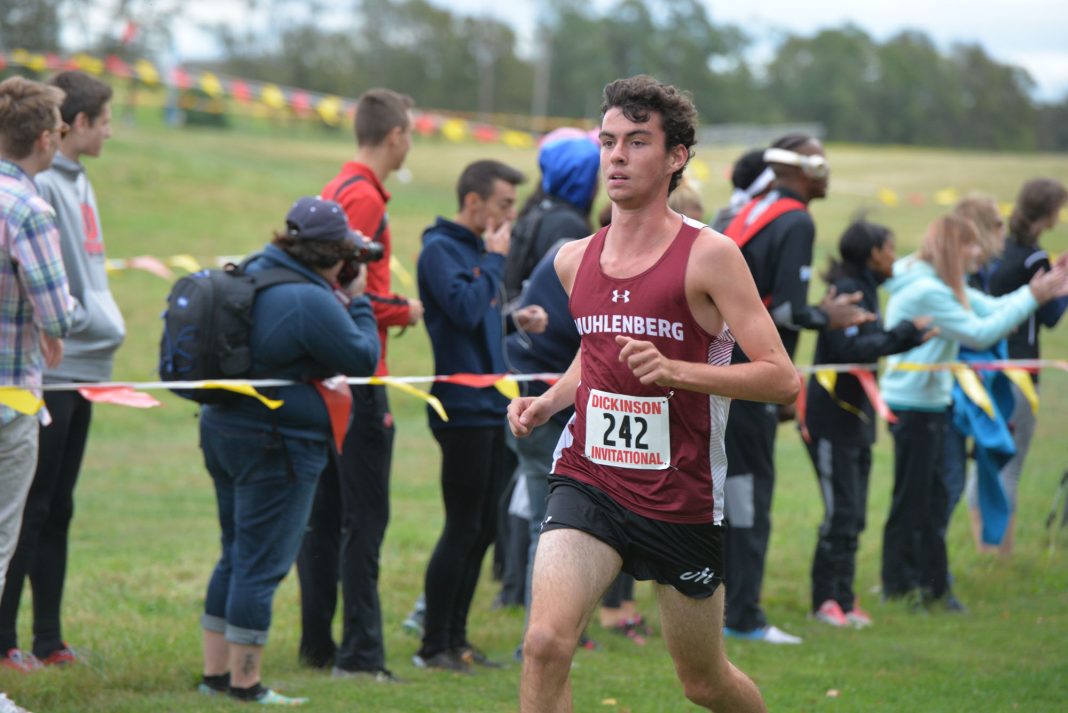 Damp and chilly air rushed through the herd of racers at Haverford College participating in the Centennial Conference Championship meet.

Muhlenberg’s runners decided to embrace the challenging setting – temperatures in the low 50s and rain misting through the air.

“The conditions were not good at all, the course was a mess,” said Brad Hackett, Muhlenberg’s director of Cross Country and Track & Field. “Neither the men nor women’s teams allowed the weather to get to them. Both teams went out and gave it all they had.” Hackett said the day reminded him of “old-time cross country”.

Along with the weather, Haverford’s course featured four loops around the perimeter of the campus, further wearing down the ground as athletes stirred up the terrain with every stride.

Headlining the pack for the women were Santina Zourus ‘20 and Marielle Avola ‘22 who finished within four seconds of each other and earning twenty-third and twenty-fourth place, respectively.

“Once the gun went off, the rain and cold weren’t really a concern. It was actually fun to run on the muddy course,” said Avola. “It took a little more out of you, especially going uphill. Everyone’s legs were covered in mud by the end of the race.”

The Lady Mules finished the six kilometer race with a 140 points – closer to third place as a team (100) than sixth (181) because of the top-heavy field.

“We are in an extremely competitive conference in cross country with several nationally ranked teams, and I think our student athletes represented the program very well,” said Hackett. 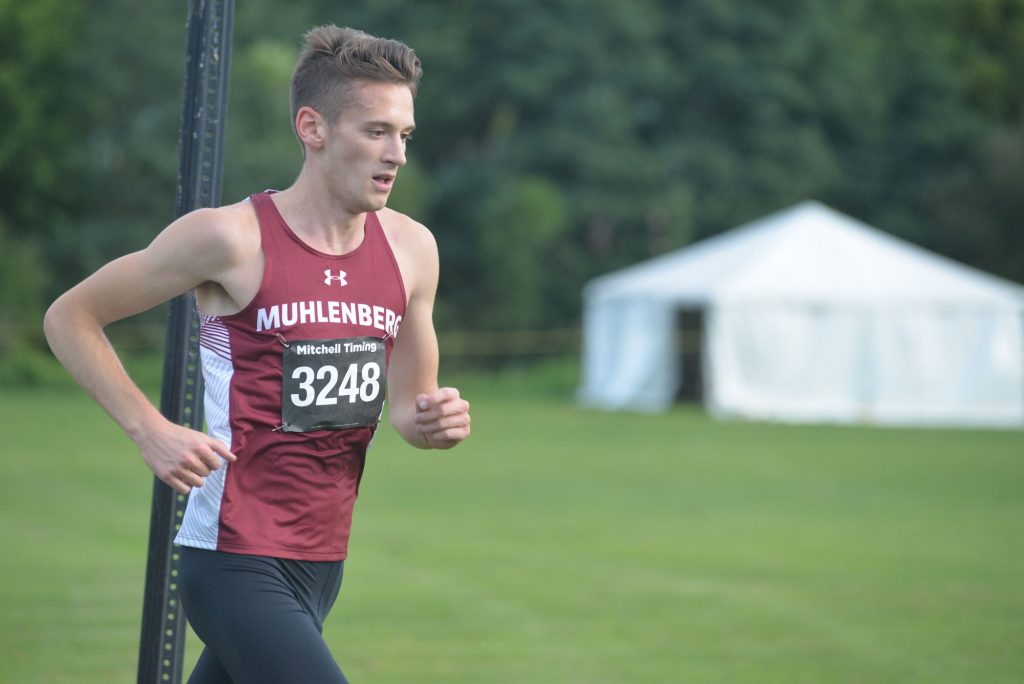 “I can safely say that was the muddiest race I have ever ran. It was extremely challenging, but also fun in some twisted way,” said Richwall. “We knew the times would be slow with the mud puddles everywhere and numerous spots of zero traction. It was a great day to test ourselves against good competition,” he added to summarize the day.

“Taking 13th behind only members from nationally ranked teams was hopefully a sign of things to come,” said Richwall on his performance. “As far as time, running only four seconds slower than my personal best was as good as I could have hoped for considering the conditions.”

Richwall was quick to mention how he and Mullins compliment and challenge each other when preparing for competitions. The two also share similar goals. “Corey and I are pushing each other up front. He has qualified for nationals the past two years and is looking to do so again this year, and hopefully I can go along with him.”

Running at the Main Line Invitational was a key part of the preparation for the championship race. The Main Line, hosted by Haverford “was a great way to familiarize ourselves with Haverford’s course,” said Richwall. Avola agreed, saying that the coaches have been training both the men’s and women’s teams “hard and smart” this season. She added, “having done some really strong workouts gave us all a sense of confidence and preparedness going into the meet.”

Looking forward, the Mules runners will travel to DeSales on Nov. 10 to race in the Mideast NCAA Regional where runners can qualify for the NCAA Nationals. The best of the best among Division III meet at the National Championship meet in Oshkosh, Wisconsin. Mullins is the only active member on the men’s or women’s team with experience running at a cross country national meet.

“I think that we have several people with a chance to make it to the NCAA championship as individuals,” said Hackett.

“In the couple weeks before regionals and I’m sure we will continue to train hard, we have put in the work and built up a strong base,” said Avola. “Now it’s all about maintaining and staying healthy.”