Home Op/Ed Who Are “Diverse” and “Global” TV Shows For? 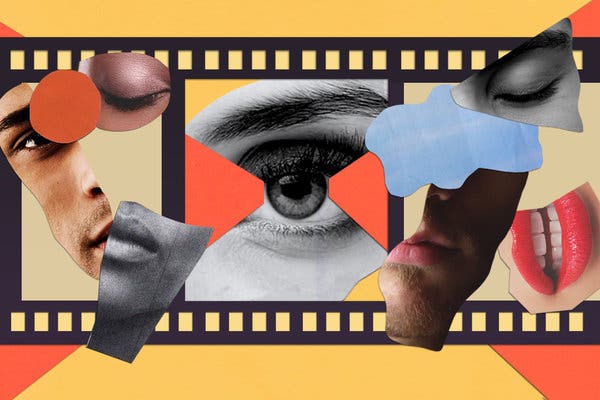 I’ve never really cared for fashion TV shows. I’ve never seen “Project Runway,” barely seen “America’s Next Top Model”—and frankly I don’t even know the names of any other fashions shows. Which is why I surprised myself when, a few months ago, I watched all of Netflix’s “Next in Fashion” in one sitting. The show is a competition between established fashion designers to win $250,000 and get their own collection featured by a big fashion retailer. The show wasn’t taking big names though—it was about giving lesser known (albeit often quite successful) fashion designers a chance to become a household name. Each episode had a different category that the designers had to create unique and original designs for, both coming up with the concept and creating it all in a few hours. Due to the fact that I watched the entire show in one day, I found it really entertaining and unique. But it wasn’t without its flaws. Perhaps Netflix, too, noticed this, as the show was cancelled after the first season.

One of the things I most enjoyed about this show was the diversity present from the start: these designers were from around the world, of different cultures, races and ethnicities. This often made designers stand out because of what they brought to the table, and watching artists draw from their cultures and heritages to design clothing was nothing short of entrancing. But even still, the two hosts were British, and a good number of the contestants were from Europe or America—granted, different parts. But the show itself was oddly Westernized in a way that was subtle, taking me a good number of episodes to even realize it.

There was a team of two women: one from China, one from South Korea (Angel and Minju—seriously, you should watch this show just for them). They were essentially killing it for the first few episodes, knocking the designs and outfits out of the park, but about halfway through the series they started to lose their steam. I was confused—why were they having such a difficult time with the lingerie and rock and roll challenges? It wasn’t until Minju said something along the lines of, “I don’t even know what rock and roll is,” noting that she only had a vague concept of it, that I started to realize. The show was implicitly Westernized but had called upon global designers to compete.

I began to think about that comment more—rock and roll is a concept I’m super familiar with, when they said to design something “rock and roll,” it made a lot of sense to me. But obviously that won’t be true in every culture, and this is where I think “Next in Fashion” falters. It brought on a group of globally talented artists and then set up the show in a traditionally Western way anyways. For it to truly be global, it may have made sense to make one episode where the designers had to make kimonos or saris. In this case, it wouldn’t be surprising if the Western artists struggled a lot, too. But the show of course didn’t do that, and in a way then catered to a Westernized style of fashion and viewer, whether it was aware of it or not.

Does catering to the majority not just give them an advantage? All of this led me to thinking about the concept of equity vs. equality. I think this show fell into a trap that people commonly fall into: citing diversity—in this case, global and racial—as a push towards equality, without accommodating or considering the differences present. Of course, since it’s a competition show, there are some elements that must be equal (not equitable), such as the material provided, time given, and so on.

But what about the ideological sense of equity? For example,  the challenge that was presented by the themes. There was not an instance in the show where designers were challenged to make an outfit that originated, or was identified, as being from a non-Western country. Some people took that liberty with the challenges—for example, many people used their culture as inspiration in their designs, which was so cool! But can you take designers from across the globe—then implying that this is a global competition—and then tilt it to a Western perspective and still say “it’s global and equitable for everyone?” If a show is going to brag about a globally diverse group, then it should emulate this diversity in its creation and exhibition.

*Spoiler Alert* But what about when a person from a non-Western country wins that Westernized competition? Does that mean it’s free of its biases, or does that mean that the designer was forced to create designs that aligned with Western standards? Or does that mean non-Western designers must climb those extra hills and still come out on top to be deemed as worthwhile? There’s a lot to think about when it comes to these ideas. And we’re again faced with questions about what constitutes equity, and in this case, how does one go about establishing equity on a competition-based television show? I think too, it’s important to consider all these elements even when a non-Western designer comes out on top in these competitions; in this case, I see how tokenism and “if they can, you can” logic could be used to hurt other contestants, making the show seem inherently equitable when in reality, it was not.  Granted, there won’t be another season of the show, so I guess we’ll never know if, or how, the show decided to go about dealing with these issues. But I think they’re worthwhile to think about, especially as we grow into an increasingly globalized world. I think “Next in Fashion” just missed the cut with what it was trying to do, but still was able to tell great stories and hear from people of different cultures, races, and ethnicities in an overall beneficial way. It’s important that we not view these ‘diverse’ and ‘global’ shows with immediate value because of their diversity, but instead be aware of the way they engage with this diversity, and continue calling for equity in our media