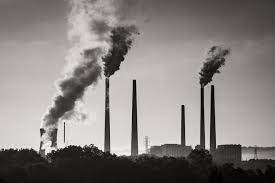 Up to 200 million people internationally will be displaced due to climate change by the year 2050.

As the temperature on Earth increases, so does the frequency of heatwaves, precipitation, tornado activity, flooding and drought. This increase in the occurrence and scale of devastating weather patterns has destroyed many areas worldwide and led to a mass displacement of people. These people are called climate refugees. Data from the Internal Displacement Monitoring Center show that approximately 22.7 million people are displaced every year. And yet, it feels like no one knows anything about this tragedy. Climate refugees are unspoken victims of the climate crisis and it is imperative that global action needs to be taken to support and protect climate refugees.

Climate change is a human rights issue. An estimated 41 people per minute across the globe are forced to flee their homes due to the effects of climate change. Rises in temperature and sea level can lead to food and water insecurity, and deadly weather patterns can level entire towns. At the end of 2020, around 7 million people were living in displacement due to climate change-related natural disasters.

Additionally, while the world’s least developed nations account for only 1 percent of global emissions, they have endured 99 percent of the deaths from climate disasters.

In a statement from Oxfam, “No one is immune from the impact [of climate change] but the world’s poorest are paying the heaviest price despite contributing least emissions as they battle floods, famines and cyclones.” Even countries or individuals who are not in extreme poverty are at risk of being devastated by climate change. Often in the aftermath of a disaster when countries are working to rebuild and heal, they are hit with another event, causing them to fall into a poverty trap.

Climate refugees and countries that are on the brink of total destruction are in dire need of support. Mohamed Nasheed, the Former President of the Maldives pleads, “We are just 1.5 meter[s] over sea level and anything over that, any rise in sea level – anything near that – would basically wipe off the Maldives… We have a right to live.”

Unfortunately, climate refugees are not recognized under international refugee law, therefore they do not qualify for protection. There are many things that nations globally need to commit to: drastically reducing our global emissions, outlining protections for climate refugees, and creating a plan for current and future climate refugees. But what can we as individuals do to start helping heal the damage we caused the Earth and our fellow human beings? According to Mikaela Raphael, three ways we can help are supporting refugee-led organizations, strengthening resilience through indigenous leadership, and preparing our cities for refugees. Urban refugees works with refugee-led organizations in 40 countries in the Global South and advocate for them with policy-makers at the regional and UN level. Sibol ng Agham at Teknolohiya (SIBAT), Inc. works to build self-reliant climate resilience in communities in the Philippines. They adapt their plans to each area they work in to make them more sustainable over time. Tzome Ixuk offers shelter to women fleeing Central America. They look after these women and train them to understand their rights through self-care and security workshops. These organizations and much more help protect and strengthen refugee communities across the globe.

The international anti-refugee and anti-climate change rhetoric has given our world’s richest nations alibis for not helping house climate refugees and for not addressing their direct role in climate change. Suong Vong writes that “While there has been increasing global resolve to combat the problem of climate change over time, most nations lack the political will or incentive to develop a plan to protect refugees impacted by climate change, particularly if the issue does not appear to have a direct effect on them, and especially given the already high numbers of refugees created by war, conflict, and terrorism.”

Understanding that climate change has so many more devastating effects rather than “just getting a bit warmer” is a huge step in changing perceptions of climate change worldwide. Reading pieces like this one and educating yourself on the different facets of climate change is a great way to start. The next step is working to reframe perceptions of climate change in those around you and calling your government representatives to convince them to act on implementing policies to combat climate change. With enough work on the global front, we can lessen the number of future climate refugees.
The UNHCR, the United Nations High Commissioner for Refugees, refuses to recognize climate refugees as refugees. To help be the change to protect our fellow humans worldwide call Linda Thomas-Greenfield, the current United States ambassador to the UN at 212-415-4062.