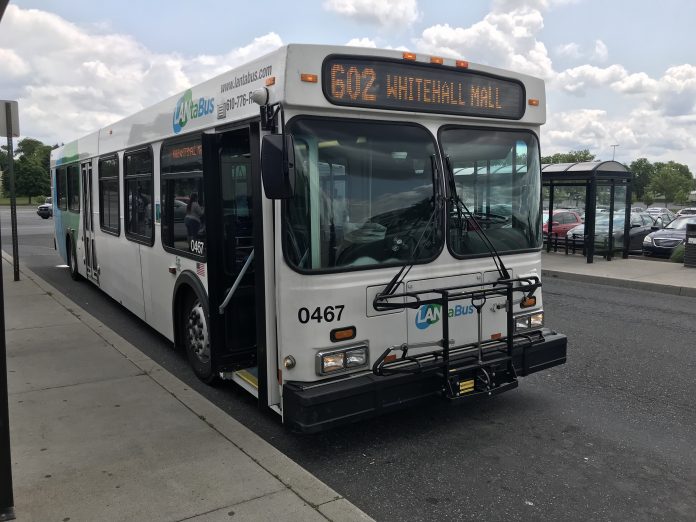 In an effort to provide an economically friendly and exceptionally convenient option for students to travel throughout the Lehigh Valley, Muhlenberg College recently signed an agreement with the Lehigh and Northampton Transportation Authority (LANTA) that will soon permit full-time students to ride LANTA buses for free by swiping their Berg ID card in the fare boxes.

“We are always looking for ways to increase ridership on our routes and Muhlenberg was looking to expand transportation options for its students,” said Tiana Williams, Director of LANTA Bus Rider Experience.

While the agreement was signed about three weeks ago, the system is currently undergoing testing to ensure that student IDS will be able to swipe. As long as student IDs are working successfully, it is set to officially go into effect by the first week in October, as explained by Brenda Lakis, the Associate Director of Muhlenberg Campus Safety.

“I have been working with LANTA for over a year to try and make a deal with them that would be cost effective for the college,” said Lakis. “We are still working out some of the details on how it will work.”

According to a press release put out by LANTA, “LANTA fare boxes are programed to recognize Muhlenberg student identification cards to register the rider. The partnership agreement establishes a reimbursement rate to be paid to LANTA by the college for every trip taken by a Muhlenberg student.”

Owen P. O’Neil, Executive Director of LANTA, was one of the primary voices that worked alongside Lakis. In the press release, he noted that “The Lehigh Valley is fortunate to have thousands of students in several colleges and universities. LANTA is happy to add Muhlenberg to the list of those working to help their students use our regional transportation network to meet the needs of campus communities.”

In addition to just providing free rides for students, “LANTA will be offering bus passes to faculty and staff at a discounted rate,” added Lakis.

There are also some modifications being made to current transportation options already in place at Muhlenberg that will occur in the near future.

“Starting in the spring semester we will not be running the Cardinal Shuttle,” said Lakis. “In January we are hoping to have at least two bus stops located on campus.”

In other words, LANTA will eventually be replacing the Cardinal Shuttle. Clear-cut details on this adjustment are still in the process of being worked out, which is why it would not take place until at least next semester.

The Cardinal Shuttle is currently offered only a few days a week with a very specific schedule. LANTA runs seven days a week, which will allow for much more flexibility and availability for rides.

“Once we have the bus stops on campus, I will be sending out the routes these stops will follow. One bus will be heading east toward the downtown area, and one bus will head west toward Target, Hamilton Crossings, Walmart, LVHC, etc.” said Lakis.

For now, the LANTA bus partnership for free rides should be all set within a few weeks, but an official announcement with more definitive details will be put out by Brenda Lakis and Campus Safety once everything is completely ready to go.