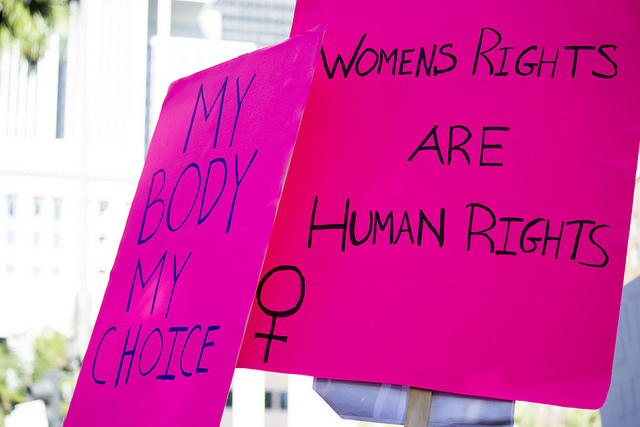 Alumni weekend was supposed to be a time for celebration, nostalgia and for appreciating everyone in the community from both the past and present, but the festivities were interrupted when flyers attacking a Muhlenberg professor were splattered over dozens of cars.

“I heard about the flyer through a colleague of mine, who was here for Alumni Week,” said Kate Ranieri, assistant professor of Media & Communication, who was personally attacked on the flyer. “My initial reaction was a nervous laugh, then I got really upset about what was going on. I was very disturbed.”

President Williams sent out an email describing the incident in general terms on Monday morning.

“Over the weekend a member of our community was the target of a personal attack in the form of a flyer distributed on and around campus,” the email read.

“These flyers, which were intended to negatively impact the personal and professional life of one of our community members, were not only antithetical to our community’s values, but to the very foundation of democracy. We are not a community nor a country where we force our views upon the lives of others.  Rather we embrace the advantages of a diverse milieu that offers a wide variety of cultures, faiths and opinion as a guide to a better campus, a better country and a better world.”

The actual content of the highlighter-yellow flyers began with “Attention Friends & Alums of Muhlenberg College” centered at the top, and down the page it consisted of derogatory rhetoric about Ranieri’s activism for women’s rights, specifically her pro-choice stance. One photo of her included on the flyer falsely represented her with the caption “Kate Ranieri cheering women on to have an abortion!”

The flyer was also accompanied by a photo of Muhlenberg’s Egner Chapel, possibly calling to attention the religious nature of the views of the perpetrators, but nevertheless inappropriate due to the fact that the Chapel, as Ranieri pointed out, is non-denominational.

Ranieri was the particular target of this pamphlet due to her activism for women’s rights and her frequent volunteering at the Allentown’s Women’s Center. Upon reviewing surveillance footage provided to her from Campus Safety, she was able to recognize and identify three out of the five perpetrators immediately.

“They [the three men that she recognized] are people who are anti-choice protestors who frequent the Allentown Women’s Center.” explained Ranieri. “This is the first time that they’ve done something so widely public.”

“It’s clear that they were very strategic, very intentional,” she added. “Not only did they do this here, but they did this in Easton.”

Ranieri also emphasized the notion that the protestors are often “lurking, harassing women at the clinic.”

This specific incident that occured at Muhlenberg is currently under an ongoing investigation by Campus Safety and the Allentown Police Department.

“I think that the college has been incredibly supportive, from the president to the provost and from colleagues across campus,” said Ranieri.

She also emphasizes that there are important lessons to be learned from what happened.

“Fighting for women’s rights is an ongoing battle,” explains Ranieri, who still takes an optimistic approach. “It takes a lot of us to stand up for the rights of other people; injustices should not be tolerated.”

This is an updated version of the article. An earlier version indicated that Ranieri was able to identify all five of the perpetrators; however, she was only able to recognize and identify three of the five.