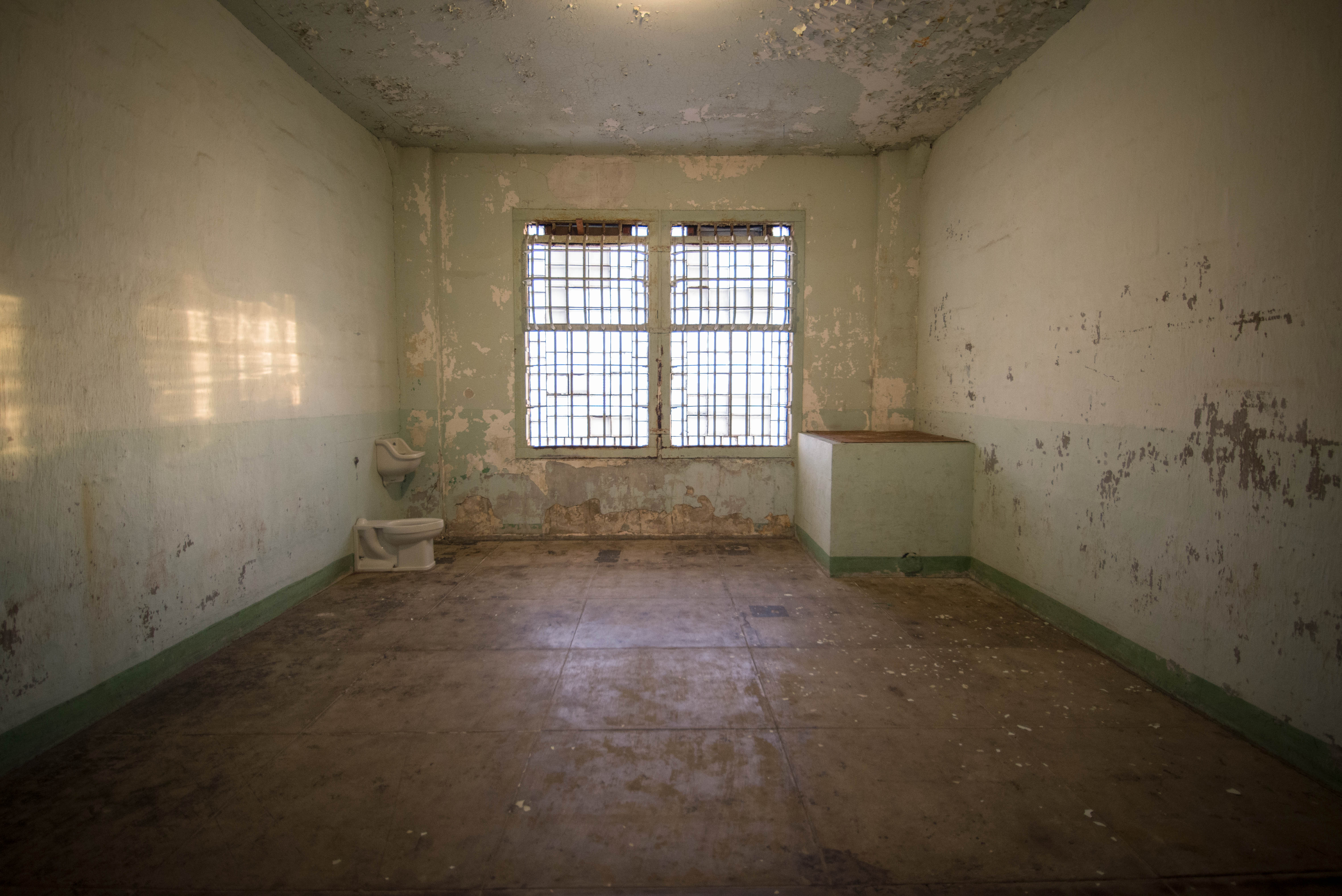 Shortly after classes let out at Dieruff High School on a Tuesday afternoon, a melee broke out that attracted up to 100 students. The fight was a result of an argument that occurred between two students at lunch earlier in the day. Two teenagers were carrying handguns, which they used to pistol-whip two boys. One was hit at least 50 times on the head before he lost consciousness, while the other was hit repeatedly on the neck. Both teenagers were charged with aggravated assault, aggravated assault with a deadly weapon, conspiracy to commit aggravated assault, riot and possession of a rearm by a minor.

Sadly, this isn’t an isolated event. During the 2013-2014 school year, 65 percent of schools reported at least one or more acts of violence. While reports of fighting in schools are actually decreasing, it’s clear that violence and crime among young people is still a problem. Schools usually combat this violence with “zero-tolerance” policies. These types of policies require schools to administer harsh punishments when a student breaks certain rules. The punishments are handed down regardless of the reason for the behavior and past history of disciplinary problems. Some people refer to this style of punishment as “one strike and you’re out,” because a single instance of bad behavior could mean suspension, expulsion, or even a criminal record.

Moreover, no studies show any correlation between out-of-school suspension and a decrease in bad behavior. In fact, in some cases, it causes repeat offenses.

According to the Department of Education, an estimated two million students are suspended from high schools every year, while a little more than three million students graduated high school in 2013. If about two thirds of students are suspended, clearly not all of them are dangerous; most were suspended for relatively minor offenses. In fact, nationally, only five percent of expulsions or out-of-school suspensions lasting a week or longer involve possession of a weapon. Compare that to the 43 percent that are due to insubordination. Moreover, no studies show any correlation between out-of-school suspension and a decrease in bad behavior. In fact, in some cases, it causes repeat offenses.

In short, the current process of punishing young people is not helping to x the problem; it could very well be making it worse. The Pennsylvania Juvenile Justice Recidivism Report released in 2013 found that 20 percent of juveniles recidivated (committed another crime) within two years of their case closure. Clearly, the current system of punishment is not working.

The IMPACT Project in Emmaus, PA is helping to combat this problem. With two diversion programs — the School Justice Panel and the Community Justice Panel — IMPACT’s work has helped reduce the recidivism rate of adolescents and makes sure that they don’t fall into a cycle of criminal activity. The programs work with young people who have been charged with either a summary or misdemeanor offense such as minor criminal activity, use of tobacco in school, or disorderly conduct.

The Community Justice Panel (CJP) program was started in 1999 in order to prevent young people from having criminal records so early in life, while still holding them accountable for their behavior. Here’s how it works: if a youth is charged with a summary or misdemeanor, and it is their first run-in with the law, they may be referred to the CJP program. CJP gets referrals from police departments, judges and juvenile probation of officers. If they are accepted, and the student and their family are willing, they will appear in front of a panel of trained community volunteers who will discuss the incident in detail. They will discuss what the student could have done differently in the situation and address any problems at home. At the end of the session, the panel will draw up a contract with items for the offender to complete. The contracts are uniquely tailored to each individual based on their age and the nature of the offense, but items may include doing community service, writing an apology letter to the victim or writing a research essay about the incident. In six weeks, the panel meets with the student again. If the offender has completed 100 percent of the contract and has stayed out of trouble both with police and in school, they will have successfully completed the program. This means the charge will be dropped and the student will have no criminal record. However, if the student completes less than 100 percent of the contract, the charge will not be dropped and they must appear in front of a judge.

“You want them to be smarter when they get done with your system than when they came into your system,” says Dwight Lichtenwalner, coordinator of the School Justice Panel program. “Hopefully they become a more productive member of society.”

The program, of course, is not without its flaws. Lichtenwalner says a common problem is that many parents aren’t willing to cooperate, and therefore the student is unable to participate in the program. Many of these parents, he says, have been in and out of the prison system themselves. However, even with these roadblocks, the CJP and SJP have managed to make significant progress in their effort to reduce juvenile recidivism. And the numbers prove it.

The School Justice Panel (SJP) began in 2009, ten years after the start of the CJP program. SJP is very similar to the CJP, but only concerns the four Allentown middle schools and only applies to incidents that occur on school grounds or in transit to or from school. The SJP program stands out among other diversion programs because it offers a mental health assessment on every child referred to the program, a component that is crucial to stopping repeat offenses.

Since 2009, 600 students have been referred to the SJP program. Of those accepted into the program, 62 percent have successfully completed their contracts. Less than ve percent of those who successfully completed the SJP program have reoffended, compared to the 15 percent of students who either did not go through the program or failed to complete their contracts. Even more important, 56 percent of the kids who have gone through the program have been referred to some sort of social service or mental health treatment. Forty-two percent have actually received treatment.

“You cannot induce change in youths if you don’t even give them a chance.”

Amy (her name has been changed) was one of the first students referred to SJP in October of 2009. She was a 12-year-old student at Raub Middle School who was charged with Harassment By Physical Contact after she threw a basketball at a girl in gym class five times, causing her to have to be transported to the hospital for medical treatment. Through the tests and mental health screenings, professionals on the panel discovered that Amy had anger issues, difficulty at home with her siblings and mother and did not deal well with authority figures.

Amy’s conversations with the panel were less than civil, and Lichtenwalner says the panel questioned whether or not she should be accepted into the program. But, he says, “you cannot induce change in youths if you don’t even give them a chance.”

The panel eventually accepted her and they discovered that Amy took interest in reading, writing, dancing and riding her bike. They made a contract for Amy with those interests in mind. Her contract consisted of the following: stay out of trouble with police and in school, investigate and join either a local dance academy or the school’s basketball team (“she was a bit of a loner and depressed although she wouldn’t admit it, and she was large for her age both in height and weight, and wanted to change,” Lichtenwalner recalls), participate in the school’s health club, write a letter of apology to the victim, keep an anger journal, follow through with individual therapy and meet with one panelist who was a reading teacher at her school to talk about bullying and then complete a writing assignment based on it.

Amy’s contract process was momentarily halted when she received a detention. She had been chewing gum in class. When her teacher asked her to throw it out, she became disrespectful and talked back to the teacher. However, the panel decided that given her past disciplinary history, to only have one small infraction over the course of eight weeks was still a significant improvement. They amended Amy’s contract to include an apology letter to the teacher.

When Amy returned to the panel for her review hearing (the meeting when the panel reviews the student’s contract and determines whether or not they succeed), she was an entirely different person. She was smiling and interacting with members of the panel. It was a “vast difference,” according to Lichtenwalner.

Amy joined the school’s basketball team and soon became their star player. She completed the program successfully and has not had any more disciplinary problems since her completion of the program.

When Amy returned to the panel for her review hearing, she was an entirely different person.

According to research into zero tolerance policies, punishments today are much more severe and applied more broadly than they used to be. Most of these policies warrant out-of-school suspension for a wide range of offenses — originally for things like possession of illegal drugs or deadly weapons, but now also for much smaller infractions like smoking tobacco on school grounds or fighting in school. These types of punishments, while severe, may not have any impact on the offender. In other words, the report concludes that even after a suspension from school, their behavior will not change.

Lichtenwalner said he realized he wanted to work with children during his internship with the Allentown Police Department. He spent time in the youth division and particularly liked the way one of the officers with dealt with the juveniles. “It wasn’t just arrest and be done with it,” he remembers. “It was work with them, give them a chance, talk to them as a real human being.”While it is important to reevaluate what actions warrant punishment, it is also crucial that the punishment process becomes one that is much more focused on rehabilitating individuals in ways that will work best for them. The IMPACT project has proven that it is possible to get progress as long as the punishment inspires growth and change within the offender.

As diversion programs — like the Community and School Justice Panels — show, treating young people like real human beings doesn’t just stop them from committing crimes; it molds them into respectful, responsible future leaders. ♦

A call to cancel, cancel culture

Be stubborn for your career