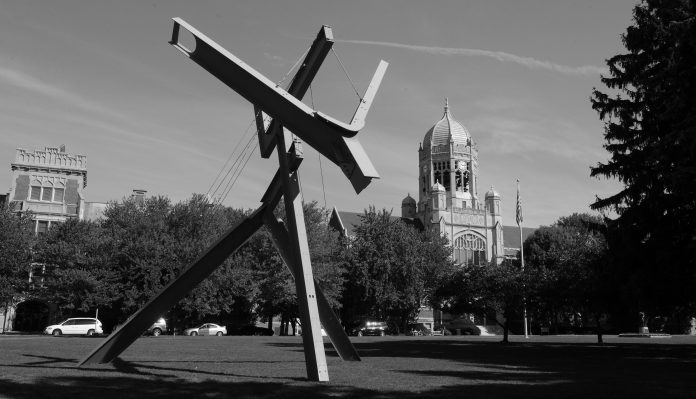 Coming from Brooklyn, New York, my transition to Muhlenberg was far from easy. All my life, I was surrounded by bodies of color that could easily relate to my experiences without me even having to say a word. The very color of our skin acted as storybooks, highlighting our struggles, pains and beautiful narratives that traced back centuries. At Muhlenberg, this common narrative that I so deeply depended on for comfort was virtually non-existent, forcing my body into one of the hardest transitions in my life.

I had so many preconceived notions when I arrived to this small liberal arts college: I automatically assumed that my blackness would be under attack. I assumed that defending my blackness would be a mundane practice that I would be forced to partake in like some kind of twisted game. I assumed that the wall that already existed between me and the rest of the world for being a gay, black man would have to thicken two-fold to protect me from white bodies that looked absolutely nothing like me. Ultimately, I prepared my mind for war and I was ready to defend who I was to the death. Now, this isn’t the fault of Muhlenberg, but of society as a whole. In reality, we live in a world dominated by whiteness; whiteness has become the default in many conversations and realms and has become an idealization perpetuated by racism, colorism and any and all forms of prejudice that target communities of color. In the eyes of many communities of color, whiteness is a threat. A threat to our visibility and truth and, most jarringly, a threat to our spirits.

My first week here, I felt swallowed. I felt swallowed by the white bodies that my mind and body weren’t used to. I was constantly searching for things of familiarity, which, in my eyes, were students of color. That’s where the Emerging Leaders program truly helped. This program was designed specifically for students of color in order to help their transition into a very white campus as a minority group a little easier. For four days, I was surrounded by people who mirrored my experiences and who understood me on a molecular level, and that was a deep sense of elation that I’ll never forget. Within this program, I found the sense of familiarity that I was so desperately searching for just to feel a sense of ease. Entering Muhlenberg, I built a fortress around my body, ready to defend it from whiteness. To my surprise, this program not only destroyed my fortress, but replaced it with openness. This was done by constantly being reminded of my worth and that I truly do belong here, even if I look different from the majority. I was allowed the space to reflect within myself and my narrative and harmonize my pain with those around me. This unified us not just on a surface level, but on a level of racial intertwining.  This four-day pre-orientation program allowed me to feel a sense of normalcy in a realm of confusion and distrust. My guard was lowered and my heart was opened: opened to discomfort and to the idea that I must learn to become comfortable with discomfort.

Programs like the Emerging Leaders are so vital and are particularly needed in schools where white bodies are the majority and bodies of color are the few. While this program is far from perfect, programs like these allow for spaces where scared bodies of color can feel nurtured and acknowledged not just for their experiences but also for their discomfort in moving in a world of habitual injustice and inequity.