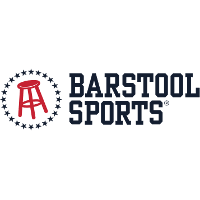 When I was in high school, I was part of an incredibly nerdy student group that would reach out to people who were connected in any way to professional baseball and ask them to speak with us. One day, I walked into our meeting room with my lunch to hear, over Skype, that week’s speaker—a journalist who covers the New York Yankees. Upon seeing me walk into the room, my friend, who ran the club, appeared somewhat surprised to see me and told me that he wasn’t sure if I would attend that day’s meeting. He saw that I was confused as to what reason I would have not to attend my favorite weekly club meet, and subsequently explained to me that this Yankees reporter was a blogger named Eric Hubbs. Hubbs, you see, works for the massive media company Barstool Sports, which my friend explained, was a pretty divisive organization. Having known only a little about Barstool and being the somewhat less opinionated person than I am today, I shrugged off this remark and sat down to listen to Hubbs. Our discussion with him was purely baseball-related, and I recall simply viewing the meeting as similar to many other ones that we had with baseball writers. When I went home that night, though, I did some Google searching to see what all the fuss was about Barstool Sports. I quickly realized that there is so much more to the company than one might expect. By the time I completed my research, despite being a sports fanatic, I’m not sure I even remembered that the company had any connection to the sporting world at all.

A significant source of criticism against Barstool Sports is that they have often legitimized rape culture. For one, their “blackout parties” have garnered concern from organizations such as Knockout Barstool, who assert on their blog, “Barstool Sports has perpetuated their cycle of misogyny and rape culture for far too long. We will not sit idly and allow this to happen to the women of our community.” Barstool Sports founder Dave Portnoy has also made comments about rape that I will not quote here because of their sheer obscenity.

This brings me to Dave Portnoy, a man who disgusts me as much as nearly anyone on the face of the earth. I could go on and on about his overt misogyny and normalization of sexual assault or his overtly racist comments including one he made against Colin Kaepernick. Portnoy is a person who runs an immensely popular media company and still jumps to write articles attacking any people on the internet who have anything negative to say about him. Take his blog from January 22, 2021, where he said about a TikToker who criticized Barstool, “This kid is so lucky that I am now a mature adult. Because old Dave would have gone ballistic on him. Just wiped him off [sic] the face of the internet. Ruined his life. But as I’ve gotten older and more mature I’ve come to realize it’s not worth it.” You heard it here, folks. Maturity at its finest.

The last thing I would like to discuss regarding the larger Barstool Sports organization is its Instagram content. Barstool’s Instagram account has a fairly predictable formula of unoriginal humor for quick laughs, and I will stress that I do not believe that this is inherently bad. However, if you scroll down their page, you’ll find misogyny sprinkled about. And, I have found in my own experiences that criticizing Barstool Sports is a dangerous endeavor, for you might enrage Dave Portnoy’s army of college-age bros.

This is, after all, a Muhlenberg piece, and so I would be remiss if I did not touch on the @barstoolmuhlenberg Instagram account. Many college or university students run Barstool-affiliated Instagram accounts that are not affiliated with their college or university. I cannot speak to other college’s Barstool pages, but the Muhlenberg one has had its share of controversies. Again, I have no qualms with the account’s typical content. Here, the page’s posts are generally harmless Muhlenberg-related memes. On the other hand, just before students began moving into Muhlenberg for a second semester with various COVID-safe procedures, the account allowed its followers to share their “Pre-move-in thoughts” on its story. In doing so, @barstoolmuhlenberg provided a space for the dangerous spread of misinformation that went on for hours, including Instagram story responses calling the virus a hoax and intimidating so-called “snitches” who might report students breaking COVID restrictions on campus.

The account made two posts, generally asserting that it did not “encourage students to break COVID protocol,” but it did affirm that the account is a “platform where all should feel comfortable voicing their opinions on various matters.” These opinions, though, directly mislead people about the dangers of the pandemic on our fellow students, faculty, and staff at Muhlenberg, as well as the larger Lehigh Valley community. I, for one, believe that words that pose a public health risk do not fall under the category of simply being different opinions that we should respect. This was months after the account posted several incredibly misogynistic pieces of content. These posts warranted an email in the fall from the Dean of Students, asserting that “this account is using its platform to shame Muhlenberg students on the basis of gender and sexuality, which whether intentional or not, contributes to rape culture on our campus.” I am not arguing that anybody who follows Barstool Sports or the Muhlenberg page on Instagram is a bad person or that you should feel ashamed if you laugh at any jokes on their respective pages. My argument is that we must be aware of and call out problematic behavior on the part of this Muhlenberg account and the larger Barstool Sports organization. When you are a consumer of a particular company, you should be aware of the things that they do and the effect they have on the larger culture. Additionally, occurrences like the ones I have discussed are not just stand-alone events. They are a part of a larger, problematic culture at Barstool, as well as in our society and one that a variety of institutions help to maintain.