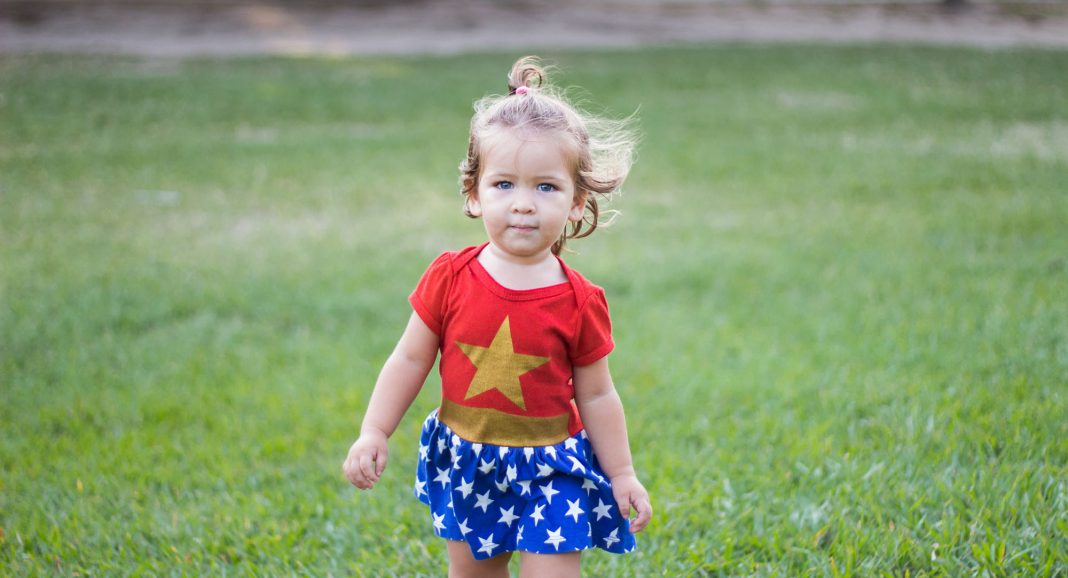 Let’s face it, folks: we’re living in the age of the super.

Marvel and DC films continually dominate the box office, comic book stores are filled to the brim with stories of heroes old and new (with multiple artists and writers tackling the same characters in dozens of universes all at once) and audiences can see themselves reflected in more and more protagonist roles. It’s the age of Black Panther, of Wonder Woman; it’s the age of Valkyrie and Jessica Jones and Luke Cage in all their struggles, triumphs and complexities. But these shows and films, though they certainly push boundaries in terms of mainstream representation combined with impeccable storytelling, aren’t always accessible to those that might just need them most: young people. Some of Marvel’s best new endeavors are simply not kid-friendly – I’m looking at you, Netflix original series – and, though their theatrical releases and comics tend to be a bit more on the tame side, there’s still usually a barrier there, an agreement that this media was at least in part made for adult viewing, exacerbated by gate-keeping humor or background knowledge that separates older and younger viewers. Though I love the adult aspects of Marvel media as much as the next a-little-more-than-slightly-obsessed gal, I also know that, as a child, I would have loved to have seen something starring the characters I love that were made with me in mind, made with the goal of showing young people that they can have their heroes, too.

The answer just might lie in Marvel Rising, a new Disney series of straight-to-TV animated movies that features some of Marvel’s most promising break-out comic characters in a kid- friendly context. The first film, Marvel Rising: Secret Warriors, was released at the end of September and featured a main cast of underappreciated cult favorites lead by Kamala Khan (a.k.a. Ms. Marvel), the Marvel universe’s first Muslim superhero to get her own comic series. The film also prominently features several other trailblazers from recent comics history, including Rayshaun Lucas (Patriot), Doreen Green (Squirrel Girl) and, my personal favorite, former Young Avenger America Chavez (Miss America), all banding together to stop evil alien warriors from recruiting newly converted superheroes on Earth to fight in their brutal wars.

When I first heard about the Marvel Rising project, I was floored – the characters in it are loved deeply by a relatively niche audience and almost exclusively existed in the realm of comics before this film. Though I’ve read a few Ms. Marvel issues in my time and have a few random Squirrel Girl comics sprawled somewhere on a shelf back home, I am by far the most familiar with America Chavez and was shocked to learn that Disney would try and tackle her storyline in a kid’s show. So I did what any reasonable Marvel-loving 20-year-old would do: I watched it.

You see, America Chavez is something of a paragon of representation in the comics world: she is a Latinx-coded alien from the Utopian Parallel, an in-between world where she was raised by her two mothers, Amalia and Elena Chavez, until the pair sacrificed themselves in order to keep the Parallel intact. America, only ten at the time, leaves her home and wanders through various dimensions (she can literally punch star-shaped portals into existence – pretty cool, right?) until she finally settles on Earth, using her invulnerability, super-strength and flying powers for good, though sometimes reluctantly – all America really wants to do is spend time with her pals, honor her mothers, and eventually have time to keep a steady girlfriend amid all the, you know, interdimensional travel and bad-guy-fighting and stuff. Admittedly, I was worried that she might be censored by Disney, that they might try and ignore her past and parents or play down her intermittent Spanish speech.

Marvel Rising, though, certainly rises to the occasion in this regard – within the first minute of the audience’s introduction to America, we see her look longingly at a two-woman couple playing with their bouncing baby girl. America’s got brown skin and big hair, and she floats between languages just as easily as she floats through the air (“I know you aren’t grinding my gears, idiota!”): she refuses to be diluted. There’s even a whole segment devoted to her backstory, which changes the logistics of America’s arrival on Earth from the comics but maintains the story of her mothers’ self-sacrifice. No one questions America’s familial structure – in fact, every character readily accepts her story and uses it to help motivate America in her times of struggle, reminding her of her parents’ pride in everything she does. It remains to be seen whether or not Disney will choose to include America’s own queer identity in the rest of their planned movies, but I think there’s a good chance that they will, hopefully with the same casual truth that illuminates her past and presents LGBTQ+ relationships as a part of everyday life.

Of course, the film’s victories aren’t limited to its portrayal of America Chavez. I’m overjoyed that Kamala Khan is the main character – she’s an absolutely delightful superhero-loving nerd who unwittingly gained shape-shifting superpowers herself and has been trying to become like her hero, Captain Marvel, ever since. Kamala’s mother is

shown in the movie as a hijabi woman who, though somewhat strict, is kind, loving and sup- portive of her daughter. Agents of S.H.I.E.L.D. fans out there will appreciate the appearance of Agent Daisy Johnson (Quake), voiced by Chloe Bennet, the actress who plays her on the ABC network show – I couldn’t help but squeal a bit once I heard the unmistakable sarcastic deadpan of Bennet’s Daisy in her animated incarnation.

Though there are certainly moments when it’s obvious that this is a show meant for younger audiences – mostly the parts in which Squirrel Girl’s sidekick, a squirrel named Tippy-Toe, goes on extended rants in a squeaking voice unintelligible to all but Squirrel Girl herself – this simply serves to remind audiences that this is a format built for kid’s consumption, built for them to enjoy and understand more fully than a mainstream Marvel film. It brings me so much happiness to know that a new generation of media-lovers will grow up with Kamala Khan and America Chavez’s names in their mouths, will grow up with a vast array of superheroes to aspire to be like, will grow up knowing that justice doesn’t begin and end with Steve Rogers. The path to a new world begins and ends with the young people of today, if only they’re given the opportunity to realize just how super they can be.