In the wake of the intermittent suspension of Alpha Tau Omega, the question should be asked: Why does Muhlenberg even have social fraternities?

All three of the College’s current fraternities — Alpha Tau Omega (ATO), Delta Tau Delta (DTD) and Zeta Beta Tau (ZBT) — as well as “new”  fraternities Alpha Epsilon Pi (AEPi) and Phi Kappa Tau (PKT), have been previously removed from campus only to return, with Sigma Phi Epsilon (Sig Ep) having been kicked off campus in February 2018.

Most of the causes of the expulsion of these fraternities from campus are the results of hazing, alcohol violations or other, often illegal, incidents. They’re removed from campus for a period of time, long enough so that no brothers who were members at the time of the incident remain, before coming back. Yet just a few cursory searches of The Weekly archives show that it’s a recurring pattern: frat gets kicked off, waits a few years, frat returns, a few years pass, frat gets kicked off, an endless cycle.

Dean Gulati’s announcement of ATO’s temporary suspension, pending further investigation into the allegations, comes just days after the suspension of another Penn State fraternity after a 17-year-old died at a party on Oct. 19, 2019. This is the second time in over two years that the Greek life at Penn State can be linked to a death, with Timothy Piazza having died as a result of hazing in February 2017. The ATO incident also comes under a year after Pennsylvania implemented a new anti-hazing law named in Piazza’s honor. Yet, Muhlenberg is welcoming PKT back with open arms when they were removed from campus as a response to hazing allegations in 2013.

Another small liberal arts college in Pennsylvania started their fall semester with no fraternities at all. Following student protests in response to the release of documents detailing graphic sexual and sexist remarks made by brothers, the fraternities on Swarthmore College’s campus have unanimously disbanded. Swarthmore’s endowment? $2.1 billion. Muhlenberg’s endowment? $263 million.

Here’s why we think these numbers matter: Endowments are used to fund things like scholarships — both need- and merit-based — and new construction on campus. Those who remember the Master Plan from a few years ago know that Muhlenberg is seeking to expand, wanting to build new dorms and classroom spaces. This would require additional funds, funds which often come from alumni — alumni like TKE Zeta Eta Alumni Association, which donated $250,000 for a scholarship according to the ‘Berg Alumni Twitter.

All of this comes back to the question at hand: Why does Muhlenberg even have social fraternities? What exactly are the pros and the cons? And when do the cons finally outweigh the pros? 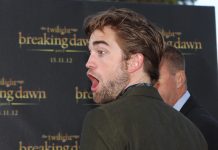