On the morning of Oct. 7, we here at The Weekly woke up to a series of strange emails in our editorial inbox. All were received at around 4 a.m. that morning and boasted subject lines begging for our confirmation from more than 20 email subscriptions encompassing everything from a Goodreads account to an Australian food service. We were stumped. How could this have happened? What was the goal? Had someone really hacked our email just to keep track of their annual reading challenge progress? We simply didn’t know.

So we did what any good journalists with a question would do: we dug a little deeper. We opened those confirmation emails, making sure to avoid the all-too-obvious trap of clicking on any links. All the accounts and subscriptions, as it turned out, had been signed up for under the same disgusting name, one full of slurs. It didn’t take too much research to confirm the story that followed. We’d been just one of their many would-be victims in a mass email hack targeting accounts attached to WordPress, which hosts our website, in an attempt to trick users into revealing their credit card information. The far-right group is known for trolling prominent figures such as former President Obama and for using the internet as a medium of terror. If you weren’t surprised to read anything before this sentence, if you couldn’t muster up a response beyond a slight widening of the eyes or a muttered expletive, we don’t blame you. This is a narrative that’s become far too familiar.

And, as we’ve seen, it’s a narrative being brought to our campus in more ways than one in just the past few weeks. The hateful stickers plastered on Chew Street likewise call to mind an aimless, widespread, indiscriminate wash of racist, xenophobic, homophobic, transphobic and white supremacist ideals messily splattered about by groups of people hiding — in this case quite literally — behind masks. In a country run by an administration that at best turns the other cheek when confronted with and at worst actively endorses such ideals, what can we expect? This kind of behavior is enabled, encouraged, by the highest seat in the United States. Those up there don’t — or won’t — change, so we do, even if we try our hardest to avoid it. We’re presented with the magnitude of the world’s hatred in so many ways, both big and small, on an almost daily basis. After a while, we look hatred in the face and can only manage to sigh in disappointment. We read about injustice and can only manage to shake our heads. We see hateful stickers and email hacks so close to home and forget about them after a few hours.

In some ways, this might actually constitute a powerful form of resistance. If we just keep going about our lives when faced with exceptionally hateful rhetoric, ignoring its clearly disdainful message, those who spread that rhetoric have effectively failed. Problem solved, right?

But we can’t keep ignoring forever. We can’t keep widening our eyes and muttering and sighing and shaking our heads and forgetting. At some point, we have to push back against the hatred; at some point, we have to stand up and preach a message of love and acceptance loud and clear. This may sound like a monumental task in the face of so much hatred, but if these groups can continuously come up with new, small ways to mobilize themselves and their ideas, why can’t we do the same?

We’re not planning on keeping quiet anytime soon. Are you? 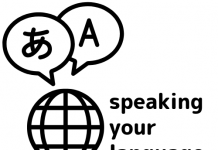 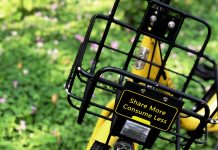