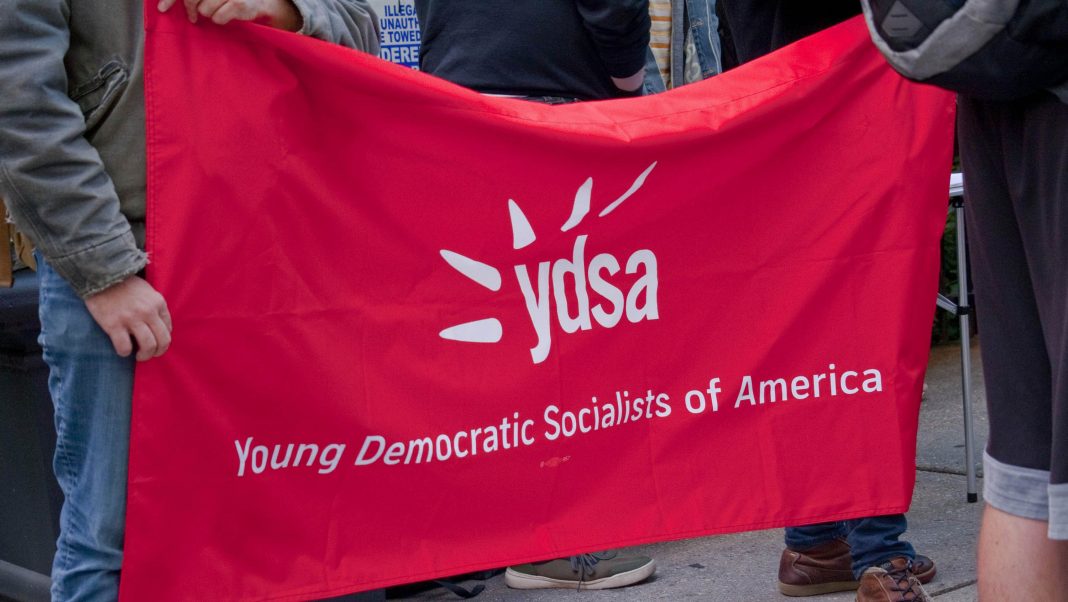 The wind is blowing, the leaves are changing, and Halloween decorations are already being sold in Targets across the nation. Yep, it’s fall alright, and officially the end of summer. For many, this summer was a time where we lived life to the fullest and had as much fun as we possibly could. Some vacationed in new places to take in some culture. Others managed to withstand the heat and get some well-deserved sun at the beach. My summer, however, wasn’t the typical holiday you’d have in mind for a college student who really needed to take a break from school work and thinking. For a chunk of my summer, I was engaging in socialist discourse at the YDSA national convention in Atlanta, Georgia.

To those who don’t know what YDSA is, it stands for the Young Democratic Socialists of America, an organization that is planting itself on college campuses all over the nation to break the neoliberal two-party mentality that is so apparent in our country’s youth. Some of you may not know this, but Muhlenberg has its very own chapter of YDSA, and that chapter nominated me to represent it at what is arguably one of the largest spaces for young people to discuss socialism, communism and any political ideology that would send your MAGA hat-wearing uncle through the roof with anger. While this event doesn’t seem like the typical summer fun that you’d have in mind for a 20-year-old, I can’t lie and say that I wasn’t excited to finally engage with a large group of socialists.

Growing up in a small town like mine, it’s not easy to walk into a room full of people and openly say you’re a socialist. Sure, Bernie Sanders makes it look easy, but then again Sanders didn’t grow up around “Lock Her Up” bumper stickers and classrooms that taught students to fall in love with Reaganomics. Despite being a socialist for several years, I had never really met another leftist until I got to college, and even that wasn’t enough for me. I dreamed of one day being in a room where everyone in it was a fierce anti-capitalist like myself. The YDSA convention was my chance to finally get what I wanted…but it didn’t necessarily turn out to be that.

When I flew into Atlanta, I was met with amazing hospitality from my host, a Georgia Tech college student and a self-proclaimed leftist just like myself. Staying with them, I finally felt comfortable enough to express my views and talk about the issues that I was concerned with. It was a great start to the trip, but sadly enough, it wasn’t long until I was exposed to the in-fighting of the YDSA world. At the first social event for the convention, it quickly came to my attention that there was a caucus of students (which I will not name for privacy concerns) that dominated every aspect of the convention’s inner workings. Whether it was voting, discourse, or even social interaction, this union of like-minded individuals had all the power, and it splintered the convention in a way you wouldn’t even imagine.

This specific national assembly was special in that the dominating caucus was finally being challenged by the rest of YDSA. An opposing coalition, formed by the disgruntled adversaries of the first, had made its objectives clear to the entire organization: take away power from the first group, and make YDSA an equal playing field for all members.

I found myself standing alongside the opposition, but you wouldn’t have seen me being the most vocal advocate for them. Instead, the whole tense nature of the affair left me in horrified silence. I was so surprised to find my fellow comrades fighting with each other over every little detail. The debate room was divided into two sides that would barely make eye contact with each other and every parliamentary decision was made in begrudging acquiescence by people that’d rather spit in someone’s eye then shake hands. Sure, at the end of the day, votes were cast and resolutions were made, but all of it made me nervous about unity in our movement. How could we ever overthrow capitalism when we are two sides that absolutely abhor each other? How are we any different from the politicians we’re stuck with now?

At the end of the day, I’m definitely still a leftist, but I’d be lying if I said I didn’t have some fears about the leftist revolution in this country. From what I saw, the students of YDSA need to step away from their factionalism and learn to unite. We already have enough enemies in this world. We don’t need to be fighting amongst ourselves.