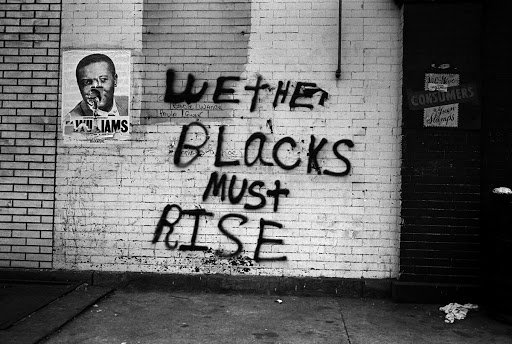 Before I begin I’ll clarify that I’m not attacking every police officer, but only those that remain in the racist mindset of their ancestors.

The number you call when you need help. The number that brings reassurance and connects you to safety… well what we thought was safety.

What we grew up to know as safety. When I say “we” I’m not referring to everyone, but we referring to all the people of color and minorities. The minorities that still have a chance today to make a difference and those who have lost their lives to the very ones they expected to bring security instead of pain.

Why is it that a Black man begins to tremble in fear when a police car passes  by? Why do Latinos make distance between the officer and themselves when one is near?

The people of color they leave lying on the streets with blood seeping from their bodies. The slow loss of movement becomes their last breath. This is how the destroyers demonstrate their “authority” or should I say privilege. But if you take the gun away from the cop, watch how the intimidation flows from them to you.

Only the tightness in my chest can truly confess how I feel about the deaths of young Black men when THEY choose to violate Black bodies. Many African Americans were held at gunpoint and because the officer felt intimidated by the color of their skin, they thought it was “justified” to pull the trigger.

White officers seem to have a tantrum when “the Blacks” don’t listen. But why is that so? Groaning, restlessly they become uneasy as we state the rights

we have but all they ever want to hear is the red scream of their bullet.

POP! The Bullet leaves its home.

SLASH! As it pierces the skin, propelling the body backward. BOOM! As the body falls to the ground in cold blood.

As the sound echoes in the distance, the next Black male feels a piece of him missing. I wonder which brother was chosen to pay the price for expressing the beauty of our melanin. Destroyers are going out and killing or harassing unarmed Black men day by day. This has become their new method/form of lynching. This is the very reason why relationships between police officers and minorities are diminishing.

Equality is a Duty, Not a Debate