Somewhere beyond the already pressing deadlines, intense politics, and family dramatics, is a man who wrote a tune that enchanted thousands. His music has influenced the world, and yet his name is not so easy to recognize. This is a tribute to Harold Arlen.

Born as Hyman Arluck in the month of Feb. 1905 in Buffalo, New York, the man grew up in a Jewish household. It wasn’t until he began to seriously pursue his career in music that he changed his name to a more known title, Harold Arlen.

One of his greatest inspirations was his father, a cantor in a New
York Synagogue. As a cantor, Arlen’s father often thought of melodies and tunes on the spot during religious services — always putting his own spin on things. Arlen described his father as a genius. “He improvised wonderful melodies to fit the texts that had no music, and that’s undoubtedly where my sense of melody comes from.”

While you may not recognize Arlen by name alone, you most certainly have heard a song or two by him. Or you have, but simply associated it with one of his friends of the same time period (such as Irving Berlin). Arlen wrote songs for film scores as well as full scale Broadway productions, including songs such as: “Stormy Weather”, “Get Happy”, “Let’s Fall in Love”, “I Never Has Seen Snow”, and of course, “Somewhere Over the Rainbow”. Truly, these songs became classics the moment they were heard, lulling and enchanting everyone into a sense of pure bliss.

Last Sunday, Muhlenberg faculty gave us an incredible tribute to Arlen, and all the works he had created throughout his life. The recital was organized in a series of song cycles put in chronological order, in which in between every one or two performances, a brief word about the history and cultural context of the time was mentioned. Not only were the songs done beautifully by students and faculty, but a sense of plot was also provided for the audience to get a clear idea of what had been happening during the timeline.

The event itself was hosted by Music department faculty members Christa Warda and Brian Ming Chu, who had further encouraged their vocal students to perform in the production. Spanning from the early 30s to the 60s, every song was performed to spotlight a certain time in Arlen’s life and career. Visuals were also provided as a means of historical relevance, context, and overall aesthetic of the songs in question.

One of Arlen’s more somber songs, “I Never Has Seen Snow”, struck me on a particularly emotional level. Sung by Jessica Orelus ‘19, the piece is a love song in which a woman sings of how she has never seen snow, and yet it cannot compare to her love. Orelus performed beautifully. I was struck by the amount of emotion she could put into every phrase—I heard as she heard, I felt as she felt, and I cried as she fell silent.

Chu and Warda gave just as wonderful of a performance with “Let’s Fall In Love.” A charming ballad between two lovers, both performers gave beautiful and entertaining renditions of the duet. The whole theater was laughing and smiling by the end of their performance.

Then of course, there is the final piece. Featured in the classic film The Wizard of Oz, “Somewhere Over the Rainbow” was the perfect piece to end the night with. Sung by all of the cast who participated, all of the students and faculty surrounded the audience in preparation for the final piece. Warda and Chu set the scene.

Arlen was hired to write the film score for the upcoming screening of The Wizard of Oz. When thinking of writing for the young heroine, Dorothy Gale, Arlen knew he needed something lighter — but memorable.

And it wasn’t until he went out with his wife, Anya Taranda, that he had an epiphany. The tune of the century, and for the next one, came to Arlen that night. However, its debut had its setbacks. Many felt the song was too high, and that it was too different from the rest of the songs in the production. It was too hard to sing. In fact, MGM Studios originally removed the song because they thought it made the film too long; it was because of Arlen’s determination to keep the song, and belief in its success, that the song was later added back in.

Judy Garland, who played Dorothy Gale, described the song as simply “a part of my life.” She continues, “it is so symbolic of everybody’s dream and wish that I am sure that’s why people sometimes get tears in their eyes when they hear it. I have sung it dozens of times and it still the song that is closest to my heart.”

There are not many who doubt that “Somewhere Over the Rainbow” is a timeless ballad — but Muhlenberg’s recital “The Songs and Life of Harold Arlen” reminded us of the man behind that immortalized tune. And as they stand, together in soaring harmony, filling the Recital Hall to the brink with sound, I am sworn to never forget. 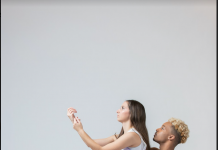 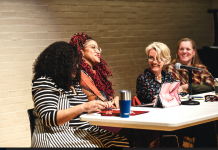