I led my group of prospective Muhlenberg students and their parents through the basement door in Seegers Union. Two Sodexo dining hall workers, dressed in light-forest green uniform shirts and sleek black pants stood outside next to the outdoor ashtray stand. Each of them stood holding a cigarette in one hand and a cellphone in the other. I led the group of prospective students and their parents through the cloud of smoke that had accumulated right outside the large, red doors. I took a peek at their faces, wondering what thoughts were circulating in their minds as a result of all the second-hand smoke right at an entrance of a student union center on campus.

As I came to the end of the tour a little while later, I led the group outside of the New Science building lobby. I noticed a puff of clear white smoke out of the corner of my eye. In the brick alcove outside, right across from the New Science Building lobby, stood an Asian student smoking a cigarette, his head bent slightly downward. Not more than 50-steps away from there, in Parents Plaza, another student, dressed in dark blue leather jacket and black corduroy pants, sat on the table with what appeared to be an e-cigarette in his hand. He peered up as I led my group past him. Slightly embarrassed, I hoped that the people on my tour were not thinking what I was thinking: Where did all these smokers come from? Is this campus too smoky?

With a new campus smoking policy announced, I was paying more attention to these events than I usually would. The new smoking policy is expected to be released by the end of the will prohibit smoking throughout Muhlenberg’s campus.  While we don’t yet know much about the policy itself, we can examine its impact on our college campus.

“Cigarette smoking is the number one cause of preventable deaths,” in this country according to the American Cancer Society.  Approximately one-third of college students currently still use tobacco products, according to a Harvard Public Health survey of over 14,000 students.

Smoking addiction is extremely dangerous, and as with many life habits, can start early on in one’s lifetime.  According to the National Survey on Drug Use and Health, roughly 80 percent of all adult smokers start by age 18, and 90 percent are smoking before they are out of their teens.  Addiction to nicotine in tobacco smoke affects brain development in early years, and impacts future use of drugs according to the U.S. Surgeon General.  The Surgeon General also warns that nicotine addiction is what causes the causal smoker to turn into a regular smoker and makes it difficult to quit.  Seeing that almost 50 percent of adults are smoking every day before they are 18, and 80 percent before they turn 21, smoking addiction that starts early in one’s lifetime might be affecting one’s future health habits more than one can see.  Considering that you are likely to make the transition to daily cigarette use in young adulthood, it would seem that policies aimed at preventing cigarette addiction need to focus on college students.

But are anti-smoking policies the answer? The ages during which smoking addiction and exploration with tobacco use usually begins happens to coincide with the age that most kids go to college. With that in mind, to what extent is a college responsible for establishing the future health habits of its students, and how much do the behaviors initiated in college impact a student’s future?

Armed with evidence that first-hand and second-hand smoking is harmful to health, it is not surprising that many college campuses have decided to go smoke-free.  Penn State University recently adopted a smoke and tobacco-free policy in October 2018, reflecting its commitment to health for students, faculty, and staff.  The campus handled push-back from the policy by explaining that the policy promoted health and wellness of all community members.

According to the American Nonsmokers’ Rights Foundation and data from the Centers for Disease Control and Prevention, the number of smoke-free and tobacco-free campuses have more than doubled from 2012 to 2017.  In fact, data indicates that as of October 1, 2018, there are 2,279 campus sites that are entirely smoke-free.  Muhlenberg, however, is not included on this list because our current smoking policy permits smoking 20 feet from building entrances.

“We know that nicotine, the addictive substance in both tobacco and vaping fluid, causes health effects including high blood pressure, increased heart rate, and constriction of arteries,” said Chrysan Cronin, DrPH, the director and assistant professor of public health at Muhlenberg. “So by preventing exposure to these substances, we are in essence, preventing cancer and other respiratory and cardiovascular diseases association with them”.

Mirna Trauger, PhD, lecturer in the Spanish department at Muhlenberg , and Erin Murray, manager in the Human Resources department at Muhlenberg, are both members of the wellness committee and full-heartedly support a smoke-free policy on campus.  Danielle Auerbach, assistant director of admissions and alumni  of Muhlenberg was very excited by the policy, saying it was a “step as an institution to continue to promote overall health,…and [it is] in line with who we are as an institution”.  She also mentioned that the new policy shows that our “campus is conscious about personal health and overall global health”.

As part of The Great American Smokeout, a national event sponsored by the American Cancer Society to help people quit smoking and celebrate those who have already quit, members of the wellness committee on campus set up a table at Seegers. They presented various options that employees and students could use to treat their addiction. Our campus committee is composed of interdisciplinary faculty members who promote the health of students and faculty on campus. When asked about the new smoking policy and how this might impact the current smokers and those who were addicted, Erin Murray, manager for employment and benefits in Human Resources at Muhlenberg College , mentioned that the resources were available for everyone and provided us with programs that could be used including the Blues on Call hotline, the American Lung Association, the Lehigh Valley Health Network Tobacco Treatment Program, and St. Luke’s Tobacco Cessation Program.

What would a smoke-free policy mean for the members of our community who regularly smoke outside our buildings? There is no robust evidence to support the association between comprehensive smoking bans and evidence of reduced student smoking.  Despite not having strong evidence for reduced student smoking, the study indicates that the smoking ban enforcement decreased the positive perception of peer smoking on campuses on campuses.

If and when the policy is implemented at Muhlenberg, tour guides like myself might see some changes on campus. For one thing, we probably won’t have to wade through a smoky cloud to bring a group of prospective students through Seegers and Parents Plaza. 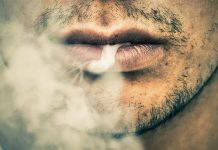 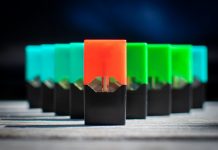 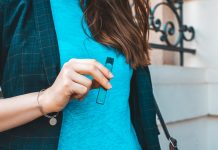